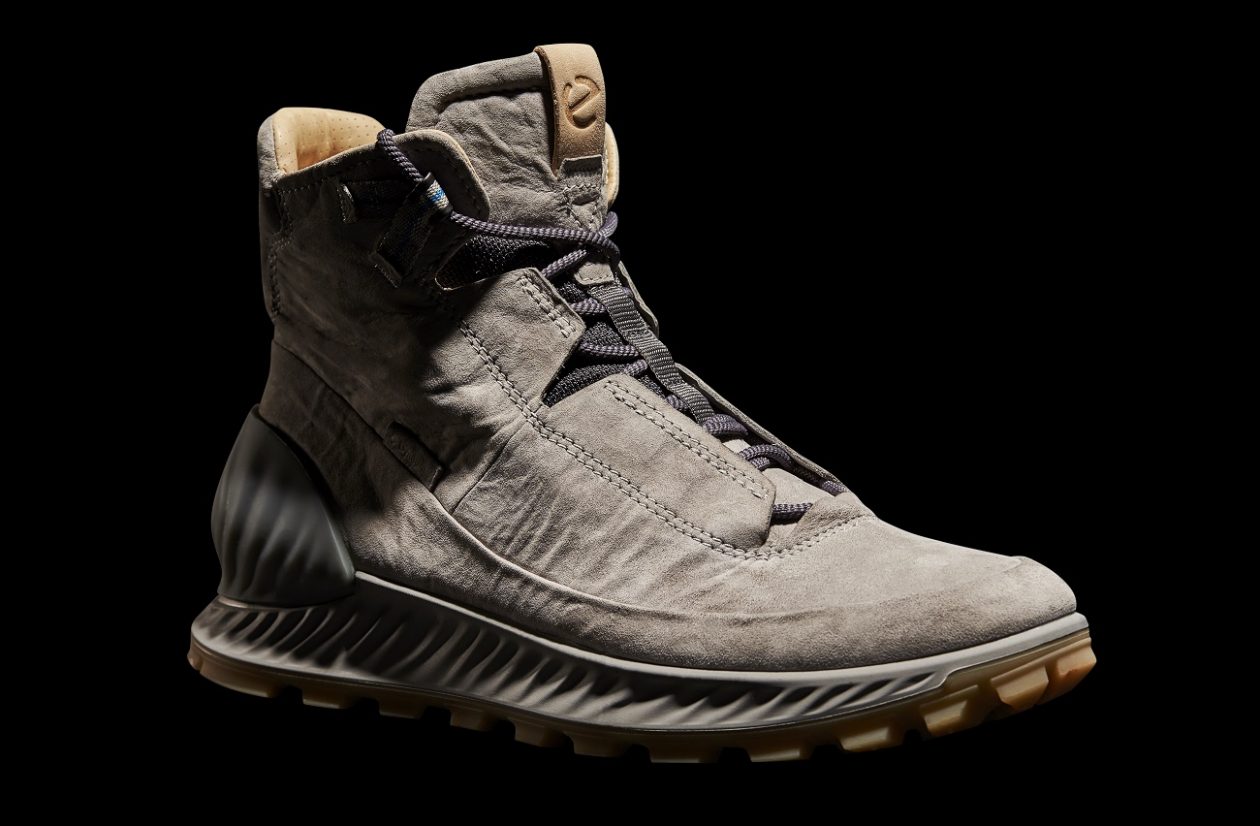 Ecco is releasing the EXOSTRIKE, a Dyneema Leather Boot they’re billing as using the “World’s Toughest Leather.” We see brands make big claims like that all the time, so we’re always ready to do a bit of investigating and see how their claims stack up.

The EXOSTRIKE combines the best of “street-smart sneaker styling” and “technical outdoor attributes,” in Ecco’s own words, with a look that is sharp, sleek and rugged all at once. Looks a bit like some Nike hi-tops but retains the rugged classicness of hiking boots.

But looks aren’t why Ecco made these; they designed them to be the strongest, lightest boots on the planet. For that, they looked to Dyneema, the world’s strongest fiber at 15 times stronger than steel, and blended with premium leather, to create an ultra-thin, tough material that Ecco says is 5x stronger than any other leather. This leather is supposed to make them insanely tear-resistant, especially around stress points like D-ring eyelets. But at the same time, they are really quite thin, meaning they pliable, comfortable and light, but without sacrificing durability. Almost like old military jungle boots, in both look and feel.

The EXOSTRIKE boots still weigh 1 pound, 8 ounces each, thanks to the midsole and heel cup; Ecco uses their brand-new Polyurethane PHORENE Midsole, which is designed to provide the best combination of shock absorption and springiness in every step. It also has a PU heel cup, which not only looks cool but adds stiffness, support and protection.  The outsole is a grippy rubber with solid traction on all sorts of terrain.

Overall, they’re high-quality, light, tough boots that look real good. It would be awesome to see a waterproof pair of the EXOSTRIKE at some point in the future; Ecco hasn’t released such an option yet, but that would really bring these to the next level.

The Ecco EXOSTRIKE Dyneema will be available in both Black/White and Grey. A Limited Release will be out April 11, while the full line comes out in Fall of 2018. 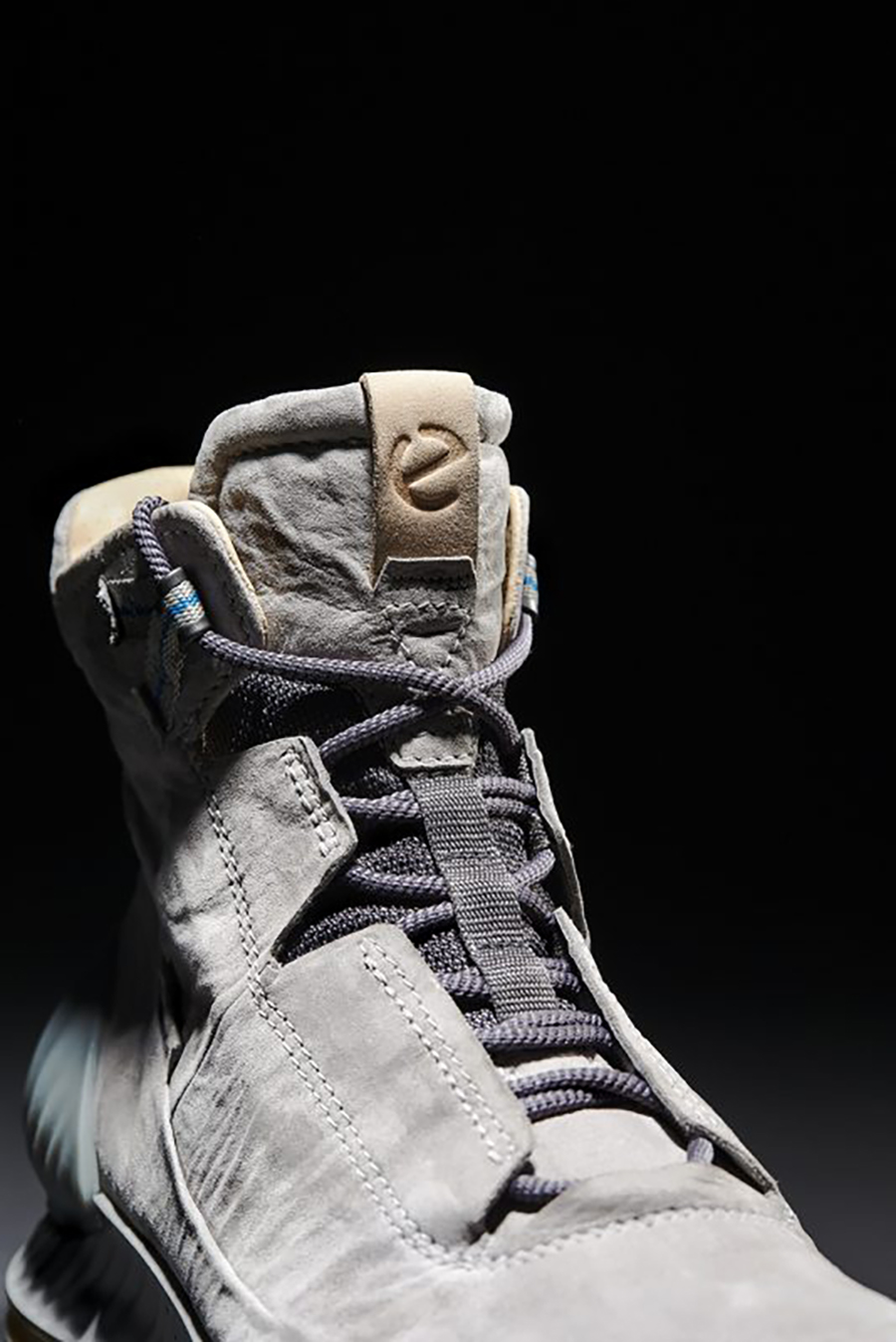 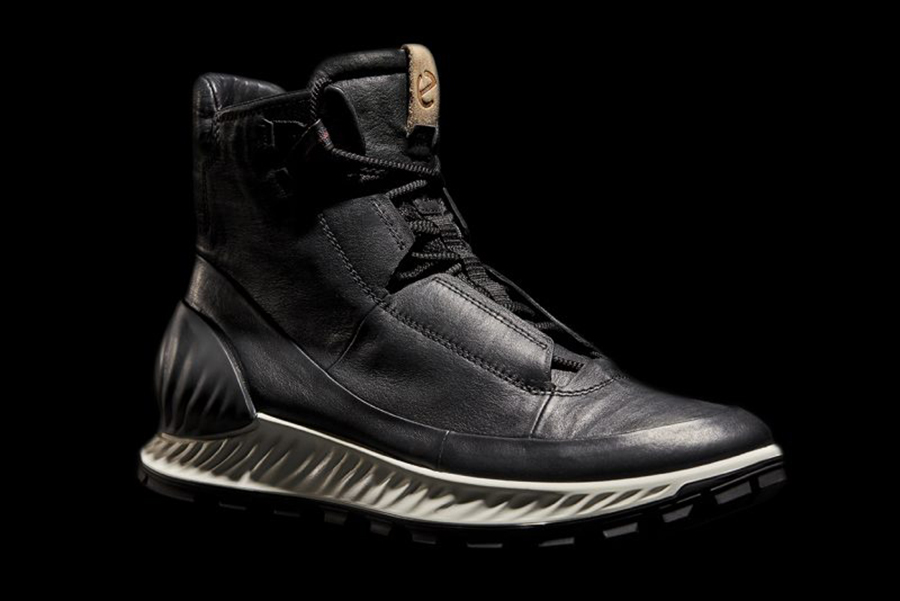 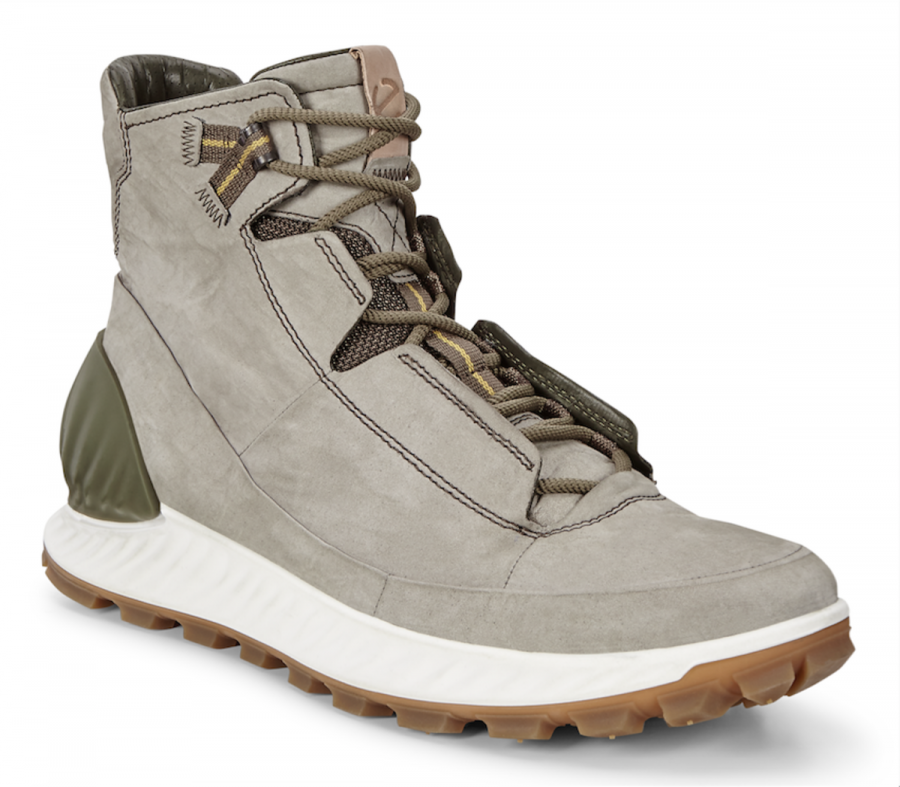 Suit Up With The Iron and Resin Enduro Denim Jeans