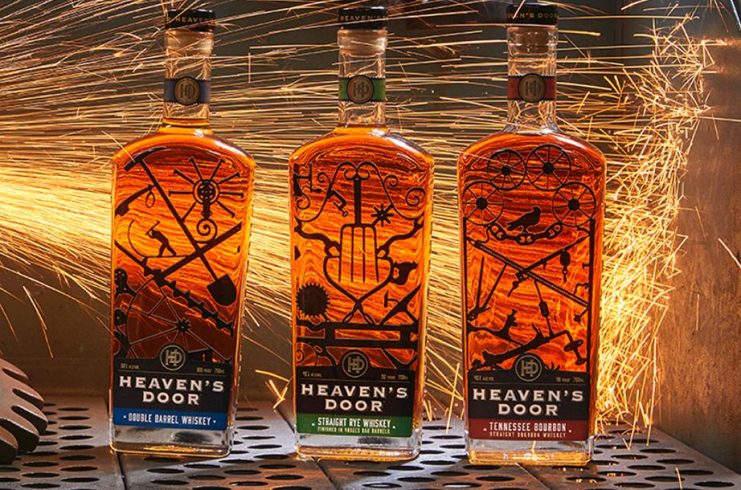 Is this a gimmick? Bob Dylan in the distilling business? He's he an iconic singer? Let's see...

Seems like just about everybody is releasing their own spirits line, and Bob Dylan wanted to get in on the act with his new Heaven’s Door Whiskey. And why not? Bob Dylan knows a thing or two about classic American music, so maybe he knows a thing or two about classic American whiskey. Maybe not making it – he’ll leave that to the distilling team behind the whiskey. But The Bard wanted to create whiskey that told a story, in his own words, and they teamed up to create classic, but unique, spirits.

You may think this is just a marketing ploy using Bob Dylan’s name. Maybe these awards will dispel those thoughts.

So let’s dive in and see what is ready for your collection. 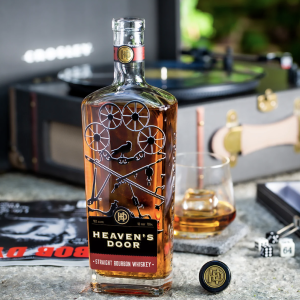 Heaven’s Door Straight Bourbon Whiskey is aged at least six years. The flavor begins with a nose of baked bread, buttered popcorn, and dried fruit. Is your mouth watering yet? Let me add to those flavors with a smooth and lasting finish of caramel, cinnamon, and nutmeg. 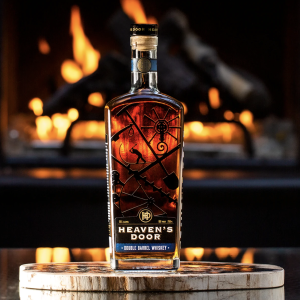 Double Barrel Whiskey is aged to perfection over six years. What is first noticeable once the liquid comfort is poured is the aromas of dried fruit, heartland-toasted grains and oats. The boldness is enhanced with a ﬁnish of persimmon, mulberry and fennel. The fullness of the combination produces ﬂavors of gingerbread, toasted cinnamon, and holiday spices. The bourbon so smooth the distillery increased the bottling proof to 100. Add a fire in the fireplace and your night is made. 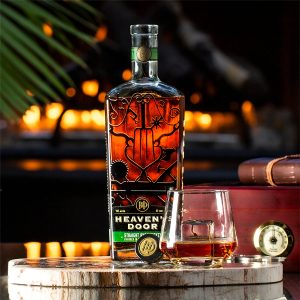 Straight Rye Whiskey broke tradition. This whiskey is aged at least 7 years and is 92% proof. It is finished in toasted oak cigar barrels which aren’t charred like tradition bourbon barrels. The barrels produce silkier flavor tannins. The finishing process is 3-year air-dried in the low-lying mountainous region of Vosges, France. The result is a smoother rye with flavors of orange peel, coriander, and spice. This rye will round out your bourbon collection. 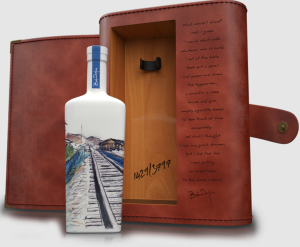 We have saved the “best” for last. This is the third iteration of The Bootleg Series, named after Bob Dylan’s “Bootleg Series” of albums. This 2021 release features a 13-year-old Kentucky Bourbon finished in Vino de Naranja casks. With a proof of 121.2, this whiskey has a subtle sweetness from its time in orange wine casks. The result is a rich color and complex flavor.

Now for the exciting part of a Bootleg series. This annual limited release is bottled in a handmade ceramic bottle which features one of Dylan’s paintings and comes inside a bespoke leather case that’s numbered to indicate its exclusivity. Now do you see why we think we saved the best for last? There is somewhat a downside–a $699 price tag. If you are one who appreciates the finer things in life, and you are a Dylan fan, fork over the greens and gain bragging rights are the next party. 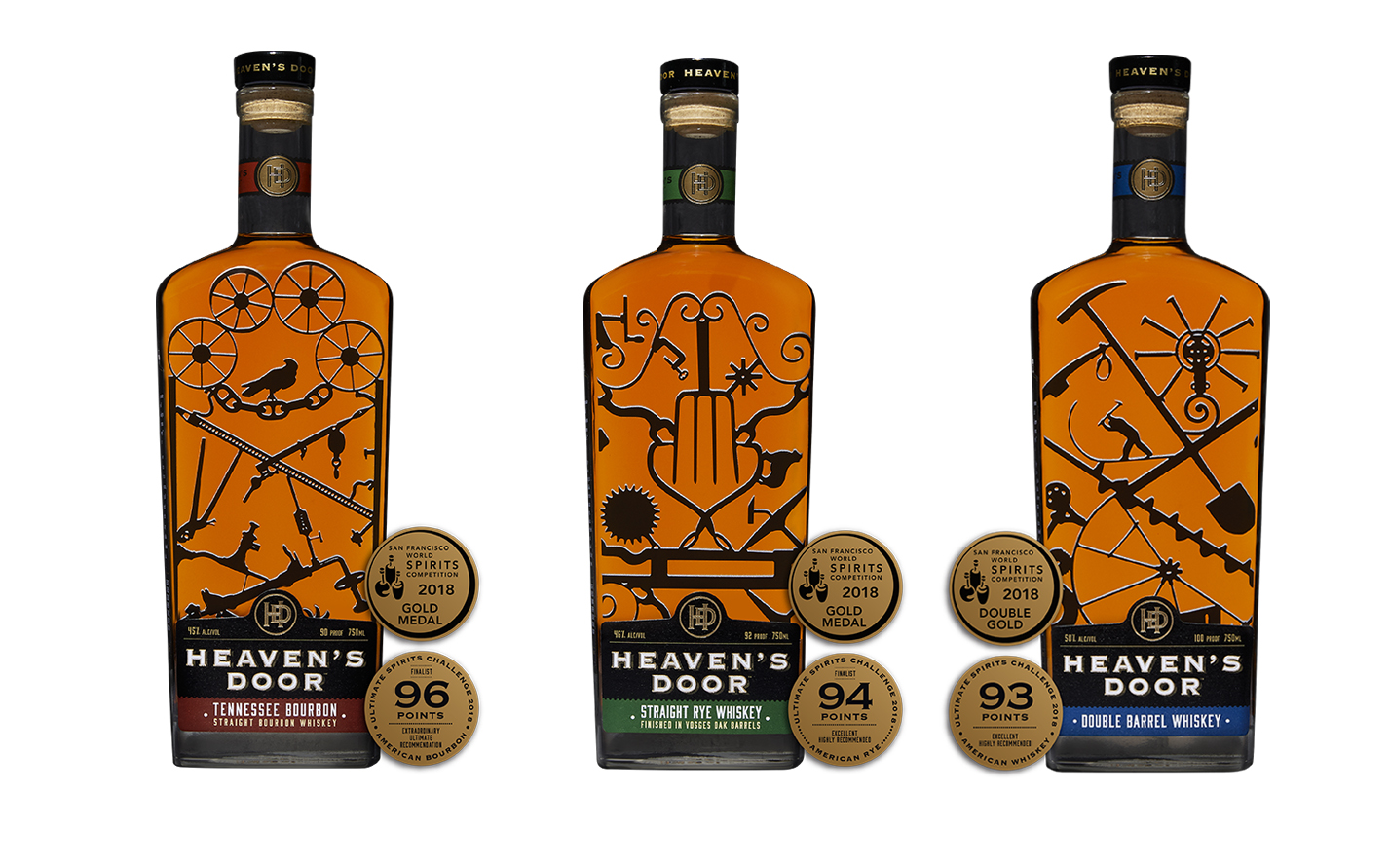 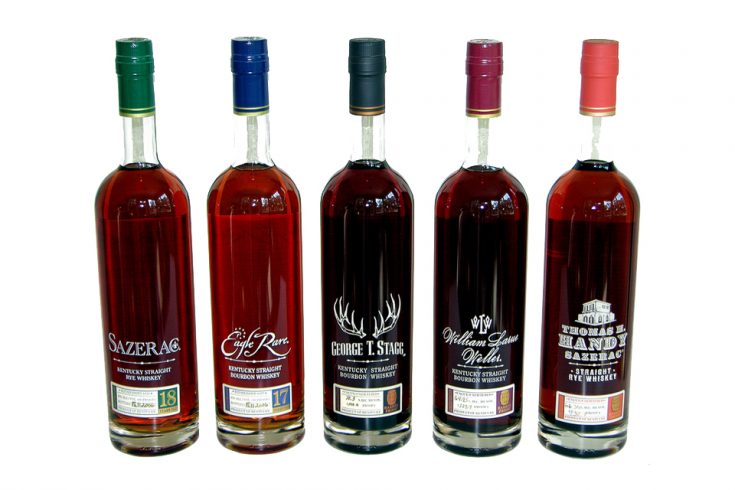 THE TOP 15 WHISKEY BOTTLES ON OUR SHELF

We have selected the top 15 whiskey bottles for your home bar. From America to Europe, here are the best bottles to cross your lips.

How Come No One Ever Drinks Suze?

Instant coffee? Not really our cup of tea. (Er…coffee). But that was until we tried Sudden Coffee. These tiny little capsules of caffeinated heaven taste just as good as your favorite cup of brewed or pour over coffee but takes a fraction of the time to make. Simply pop open the capsule, add it to piping hot or icy cold water, and stir. Done.

The taste without the buzz. Budweiser Prohibition Brew is back satisfying that need for the beer taste when you've had your intake limit. It’s brewed almost identically to standard Bud and contains all of the same key ingredients. However, everything is identical except the alcohol is removed right at the end.

A flask of whiskey or a few canned beers are absolute essentials when you're heading into the outdoors. But if you ever find yourself craving a good old mixed drink - say Gin & Tonic, or even a Bloody Mary - while outside, but don't want to lug around all the necessary ingredients, Cutwater Spirits has you covered with their new Canned Cocktails.

Have a Funky Buddha French Toast Beer For Breakfast

There are approximately two options that popped into our head when we saw this French Toast Beer from Funky Buddha. The first: Yuck. How could anyone. The second: Beer me.