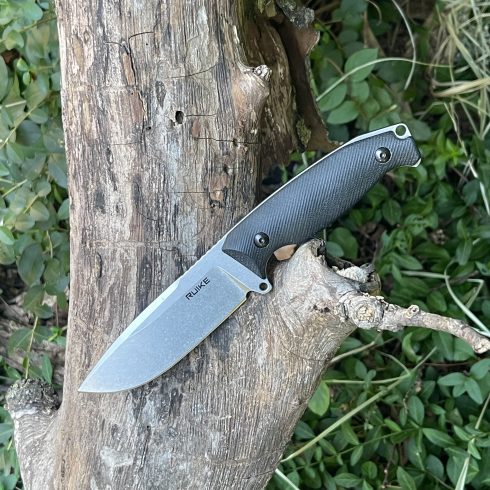 Are you familiar with Ruike knives? They may be the "new kid on the block" but are not, by any means, lacking in quality. Ruike knives are basic workhorses. As an outdoorsman, you can bet I always have a Ruike with me. The F118 is on my belt during hunting season--check it out.

The Ruike Jager F 118 is a jack of all trades, hard-working knife. I’m an outdoorsman. I hike, I camp, I fish, I hunt. And I need a knife that can do it all. A knife that’s tough enough to skin a deer but sharp enough to fillet a fish. A knife that’s comfortable to carry on my belt all day but won’t break the bank. That’s why I love my Ruike Jager F118 fixed blade. Here’s why it’s one of the best knives for the money for any outdoorsman, no matter what his budget is.

The Blade – A Real Workhorse

The first thing you’ll notice about the Ruike Jager is the blade. It’s made with high-quality 14C28N stainless steel that holds an edge really well. This Sandvik steel blade material is known for its edge sharpness and stability. But what I like best about it is the shape of the blade. It’s a drop point blade, which means that it’s excellent for both precision work and demanding tasks like skinning and butchering. The deep belly blade helps it to perform at tasks such as slashing or slicing (skinning a deer). And at 4.33 inches long, it’s the perfect size for just about anything you’ll need to do in the great outdoors.

The blade thickness and edge stability is such that the Jager works well for batoning and feather sticking smaller pieces of wood. But if you’re looking to do some hard-core bushcrafting, you probably want to go with a bit bigger fixed blade knife.

The handle on the Ruike Jaeger is made from G10, which is a composite material that’s incredibly strong and durable. But it’s also lightweight, so it won’t weigh you down when you’re carrying it on your belt all day. And because it’s ergonomically designed, it fits comfortably in your hand, even when you’re using it for extended periods of time.

Its slightly textured surface makes for a positive grip, even in wet conditions. We have seen some fixed blades with more aggressive feeling grip, but this one works well in most conditions. It did lose a little “grippiness” in certain damp conditions, but nothing that we’d be too concerned over.

Last couple of features I’d point out on the Jager is that the handle does feature two lanyard loops; one on the butt of the handle and one on the tang. The G10 scales are secured with two-way torx screws, so they are replaceable if your into customizing your knives. The Jager F118 comes offered in a black or grey/black scale options.

The sheath that comes with the Ruike Jager is made from ADS plastic. Although it’s not the more popular Kydex, it’s still a polymer that’s virtually indestructible. It’s also super easy to clean, so you won’t have to worry about dirt and grime building up over time. And because it’s formed to fit the knife snugly, you won’t have to worry about your knife falling out and getting lost while you’re out on the trail.

The front edge has some subtle jimping, which helps the thumb catch grip when drawing the blade.. The blade side features a spacer that spins, which also serves as the retention tab. This makes for a smooth insertion of the blade, without slicing into the plastic every time the knife is removed or inserted.

The real standout feature that we love is the rotating belt clip attachment. This intuitive design rotates 360 degrees with 10 settings so that the knife can be carried in multiple configurations depending on the user’s preference. This is useful for both belt and pack-carrying flexibility! I would point out that when belt mounted in the vertical position, the sheath does sit a little higher than I typically prefer.

Bottom line, the Ruike Jager sheath far outperforms many other fixed blade options that are at a much higher price point. They really got this one right!

Although it’s not a true bushcraft knife, it is a great all-around camp knife that can be used for just about anything. We’ve gotten the most use out of it as a camp knife. It can easily transition from food prep duties to sharpening sticks for after-dinner s’mores!

If you’re looking for a high-quality fixed blade knife that won’t break the bank, then the Ruike Jager is for you. It’s perfect for any outdoorsman, whether you’re a hunter, fisherman, or hiker. With its versatile drop point blade and durable construction, it can handle just about anything you throw at it. So don’t wait any longer—pick up your own Ruike Jager today! 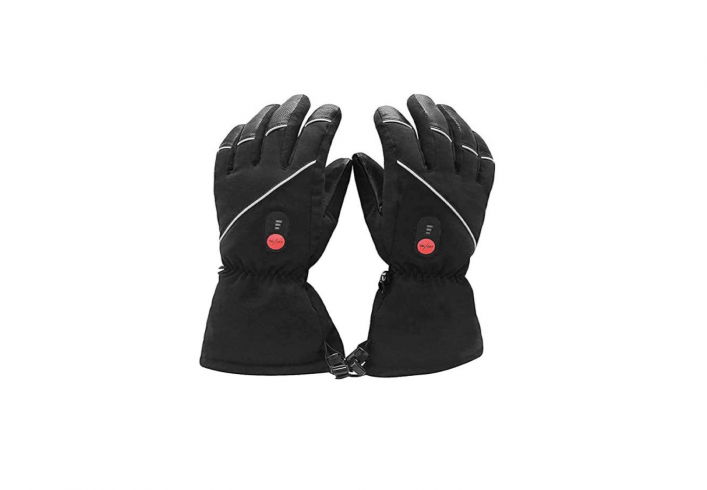 If you're new to hammock camping, you're probably familiar with how chilly it can get at night if you're not prepared for it. There just isn't the same kind of insulation when you're a swinging a few feet off the ground and the breeze beneath you, as there is with the ground under you. Underquilts and sleeping pads can definitely help you keep you warm, but oftentimes with the shape of a hammock, you'll find certain parts of yourself (shoulders and hips, mostly) freezing out a bit. Which is why the Klymit Hammock V exists.

If you dare! EJ Potter was fearless with the 500 HP 1971 Widowmaker 7 between his legs. It will be difficult to give this baby a test ride. The Widowmaker His bike recently went up for auction at the 2017 Las Vegas Motorcycle Auction. Before the auction, the Widowmaker 7 had not been ridden since 1999, when Potter himself took it for its last run. The Widowmaker 7 is powered by a Chevrolet small-block 350cid V8 engine that can drum up 500hp, a feature Potter used to help him achieve speeds of 170+MPH on the track. The bike also has Crane gear-driven roller cam and rockers, Brodix aluminum heads, 12.5:1 forged pistons, and a 1960s Vertex Len Hughes-built magneto, and Kinsler-rebuilt Hilborn fuel injection. In 1973, Guinness awarded the Widowmaker 7 the title of World's Fastest Motorcycle.

Lego Desert Eagle: A Functional Handgun That is Insane

Really, is there a more timeless toy on the market than Legos? These babies aren't just for the small tykes in the house. If you've ever been to a BrickUniverse event, you will quickly realize there are grown "kids" spending hours upon hours creating projects that will literally take your breath away. Just take a Lego weapon engineer and combine Legos and what do you get? The Lego Desert Eagle.

This is one of the coolest things we’ve seen in a while. Generally, the best way to do some mountain biking in the winter is to grab yourself a fat bike. But what is the snow is to deep? Or you want to try your hand at biking down the local ski resort? Try out a Hillstrike SnowStrike Rev-17.