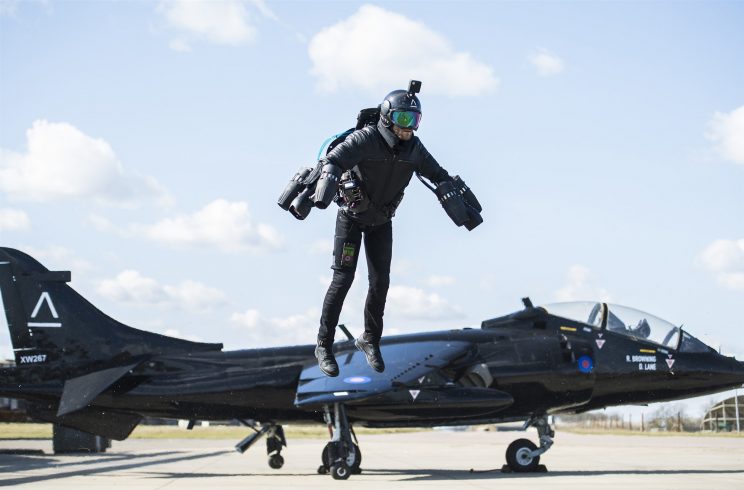 Ever wanted to be Iron Man? Fly around in your own jet suit? Well now you can, with this real-life jet suit from Gravity Industries. Nicknamed Daedalus, after the legend of Greek mythology, and powered by five, kerosene-powered mini jet engines, the Jet Suit puts out roughly 1000 bhp, flies at a max speed of 32 miles an hour and can technically reach altitudes of over 12,000 feet

Ever wanted to be Iron Man? Fly around in your own jet suit? Well now you can, with this real-life jet suit from Gravity Industries. Nicknamed Daedalus, after the legend of Greek mythology, and powered by five, kerosene-powered mini jet engines, the Jet Suit puts out roughly 1000 bhp, flies at a max speed of 32 miles an hour and can technically reach altitudes of over 12,000 feet – (though we imagine few people will really feel comfortable flying at that kind of altitude).

With a maximum flight time of 9 minutes, that’s about as legit as it gets. The 32 mph is even a World Record for “fastest speed in a body-controlled jet engine power suit,” and despite the weight and jet engine propulsion, the British inventor – Richard Browning – claims it requires less effort than simply holding yourself up on the back of two chairs, like you’re doing dips. He also says it’s quite calm and easy to maneuver. It also runs on either jet fuel or diesel and is thirsty -consuming four liters of fuel per minute simply when hovering.

Daedalus is being sold by British department store Selfridges. If you want one, it’ll run you over $400,000, and currently there are only 9 being produced. That’s a small price to pay for being Iron Man, however, and for virtually the only real, viable jetsuit in existence (as far as we’ve seen). Gravity Industries doesn’t call it the Next Frontier in Human Flight for nothing. 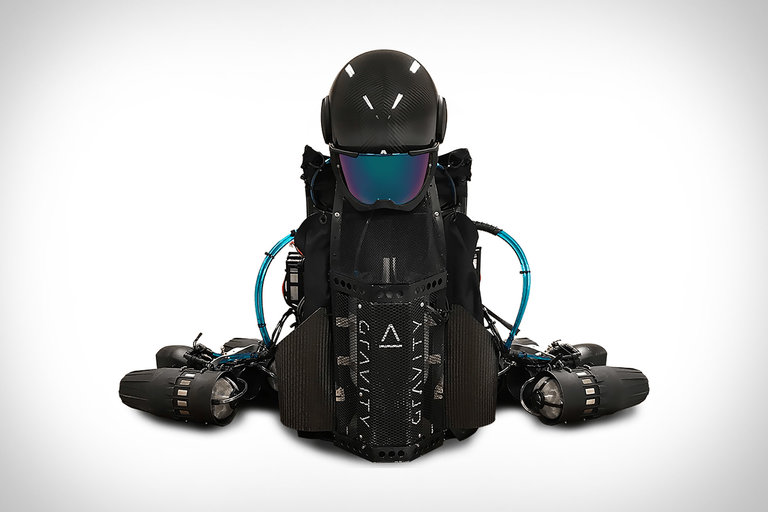 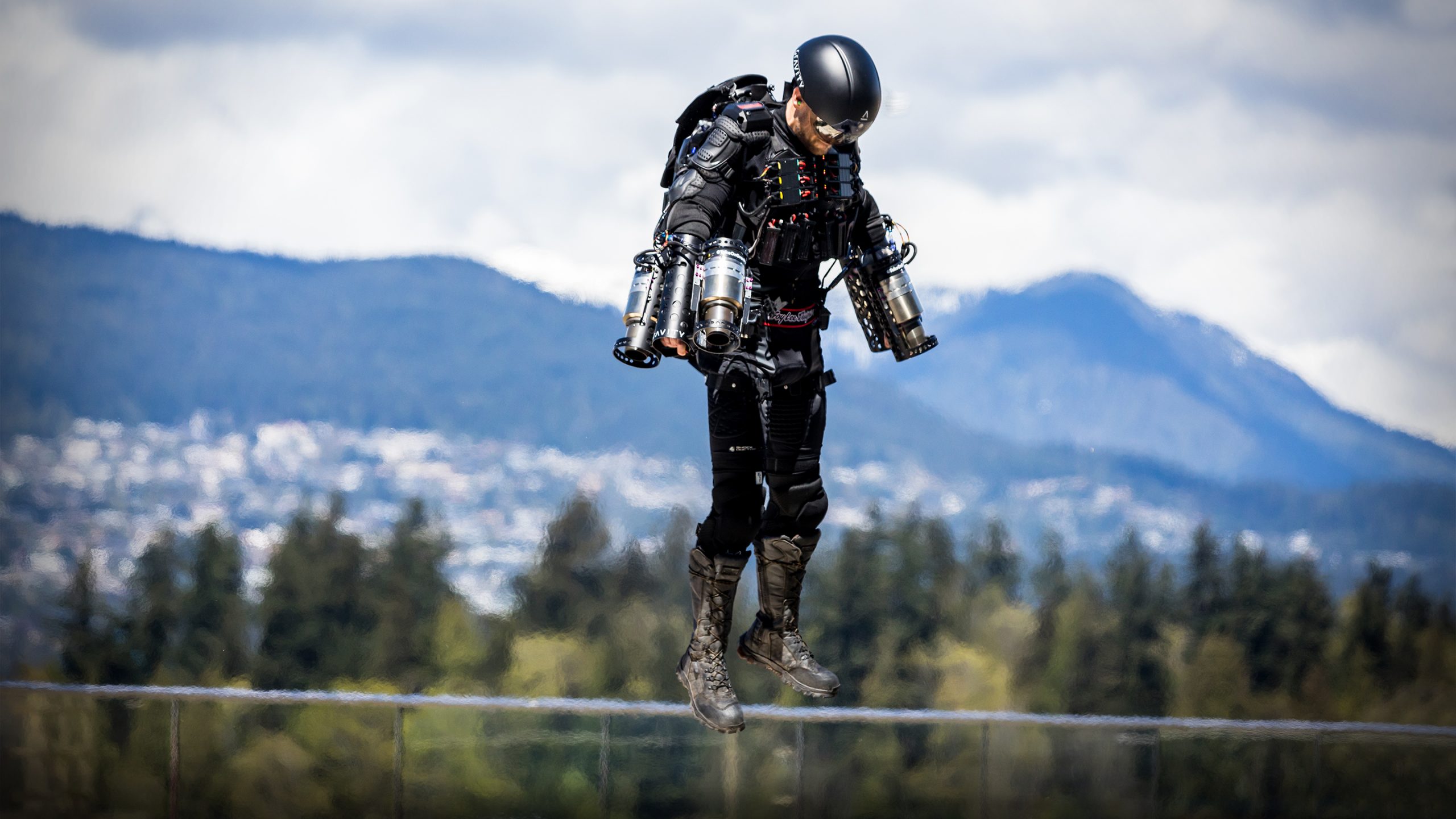 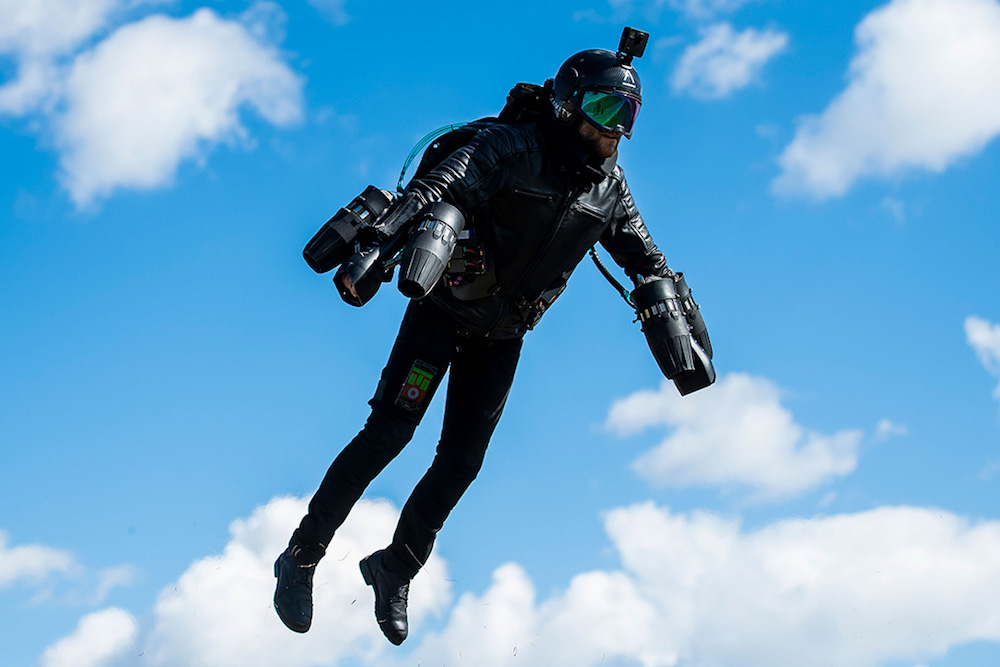 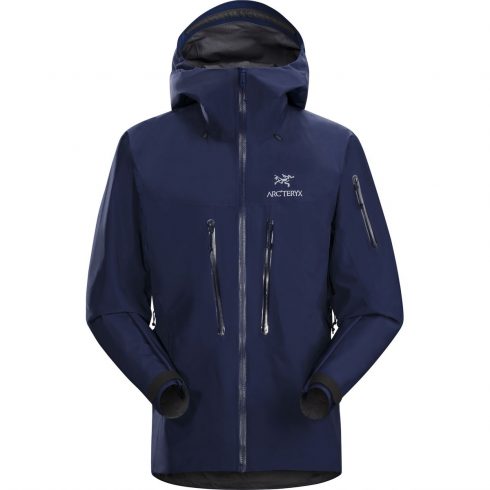 Why is the Arc’Teryx Alpha SV So Expensive?

If you've asked yourself that question - about any Arc'teryx products - you're definitely not alone. While we have no problem paying up for quality gear, $750 for a jacket - even a hardshell - seems a little rough. Yet we just can't seem to say that the Alpha SV is actually overpriced - if you're planning on heading into the most grueling of conditions and looking for a bombproof jacket to handle them.

Triple Aught Design makes some of the best tactical gear on the planet, and the Stealth Hoodie LT is one of their flagship jackets (along with the original Ranger Hoodie).

The Best Kayak Anchors of 2018: Buyer’s Guide and Reviews

Now that you’ve equipped yourself with the best kayak (or packraft) you could afford, it’s time to start looking at a kayak anchor to go with it. If the thought of need an anchor for your kayak never crossed your mind, you are probably not alone; it’s not something you’ll need for every voyage you attempt – especially not day trips. But when you want to be able to “idle” in one place (think kayak fishing) in your kayak or raft or will find yourself frequently getting out of the boat and don’t want to pull it out everytime (think overnight trips), a good anchor will be an essential part of your trip. Here are our picks for the best kayak anchors of 2018.

Altra Smart Running Shoes – These Will Literally “Talk” To You

Altra has taken running shoes and technology to a new level for athletes. The Altra Torin IQ is among the first commercially-available “smart shoes.” Inside the midsole are pressure sensors, a tiny battery, and a microchip that connects with your phone via Bluetooth. The performance feedback you get from your run is far superior to anything on the market.

The Davy Crockett Pellet Grill Can Be Controlled by WiFi

With the proliferation of smart devices and smart....everything, it really shouldn't come as much of a surprise that there are now Wifi-Enabled Grills. The Davy Crockett pellet grill is a small, portable grill meant for camping, tailgating, the beach - wherever you might need to take it - and features foldable legs to make that happen.

Fall’s Here. Gear Up With The Truckee Jacket From Taylor Stitch

Taylor Stitch knows how to make clothes, and all their pieces of apparel seem to meet at the intersection of rugged, masculine style, bombproof quality and functionality that works both on the trail and on the town.