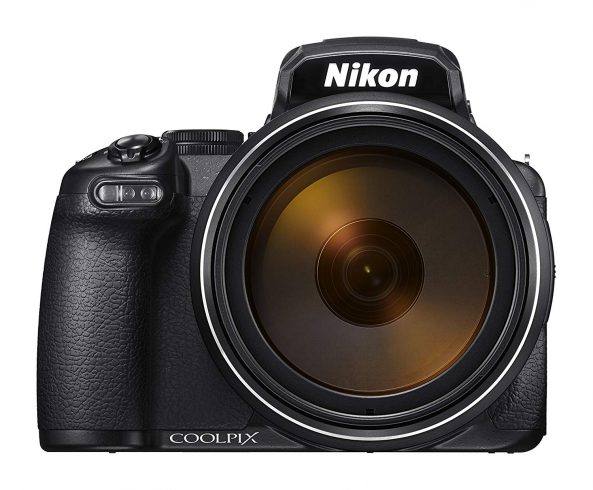 The Nikon Coolpix P1000 is one insane camera with insane zoom: about 125x. For what is essentially a fixed-lens camera the size of a large DSLR, to say that is impressive would be an understatement.

The Nikon Coolpix P1000 is one insane camera with insane zoom: about 125x. For what is essentially a fixed-lens camera the size of a large DSLR, to say that is impressive would be an understatement. The lens extends to a crazy 3000mm, allowing you to zoom in on virtually any surface – such as the moon. Throw in Nikon’s Dynamic Fine Zoom, and you can (digitally) extend that zoom to an insane 250x – equivalent to 6000 mm. That makes it the most powerful lens to ever adorn a Coolpix, and a huge deal considering the camera’s $1000 price tag.

Lens aside, the camera itself is powerful, shooting 4k video, as well as RAW, timelapse, Superlapse and a whole ton of other cool modes. It has a 16MP CMOS sensor, and ISO up to 6400 for shooting in low light. It can focus as close as 1 foot away, and the 3000mm lens has a max aperture of F2.8. A 3.2” LCD makes it easy to shoot video on the go, while the 2.36 million dot viewfinder is there for pulling off those precise photos. There’s all the other traditional exposure controls and photography modes, as well – including specialized Bird and Moon modes that take advantage of the lens’ insane zoom capabilities. WiFi makes sharing images and uploading them easy, and Nikon SnapBridge allows you to send them directly to your phone or iPad for editing.

Again, the real draw here is the massive 3000mm lens. Factor in the totally-reasonable price tag and the Coolpix P1000 is a steal of a camera. Whether for macro, landscapes or shots of the moon, this camera will serve you well. 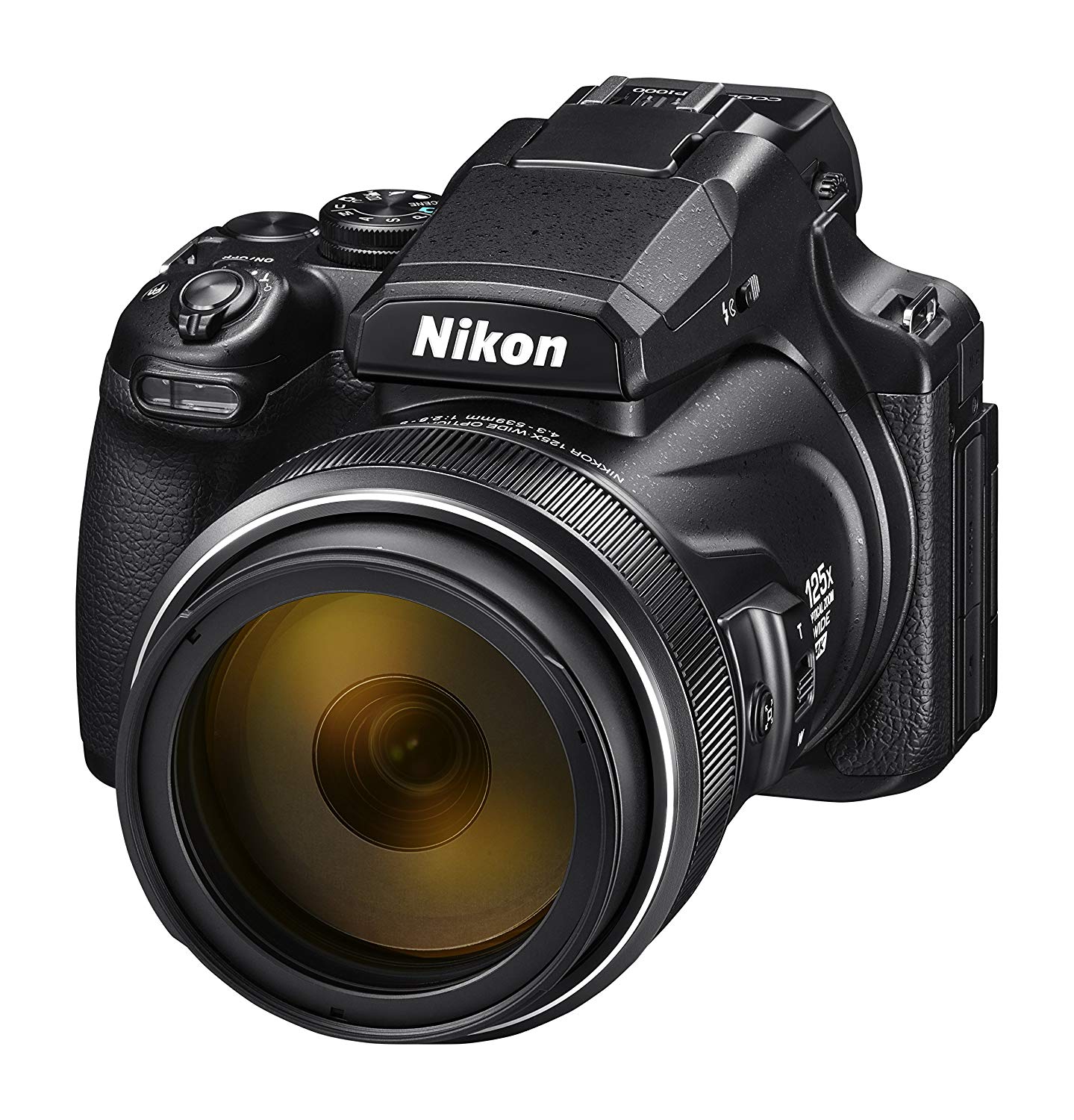 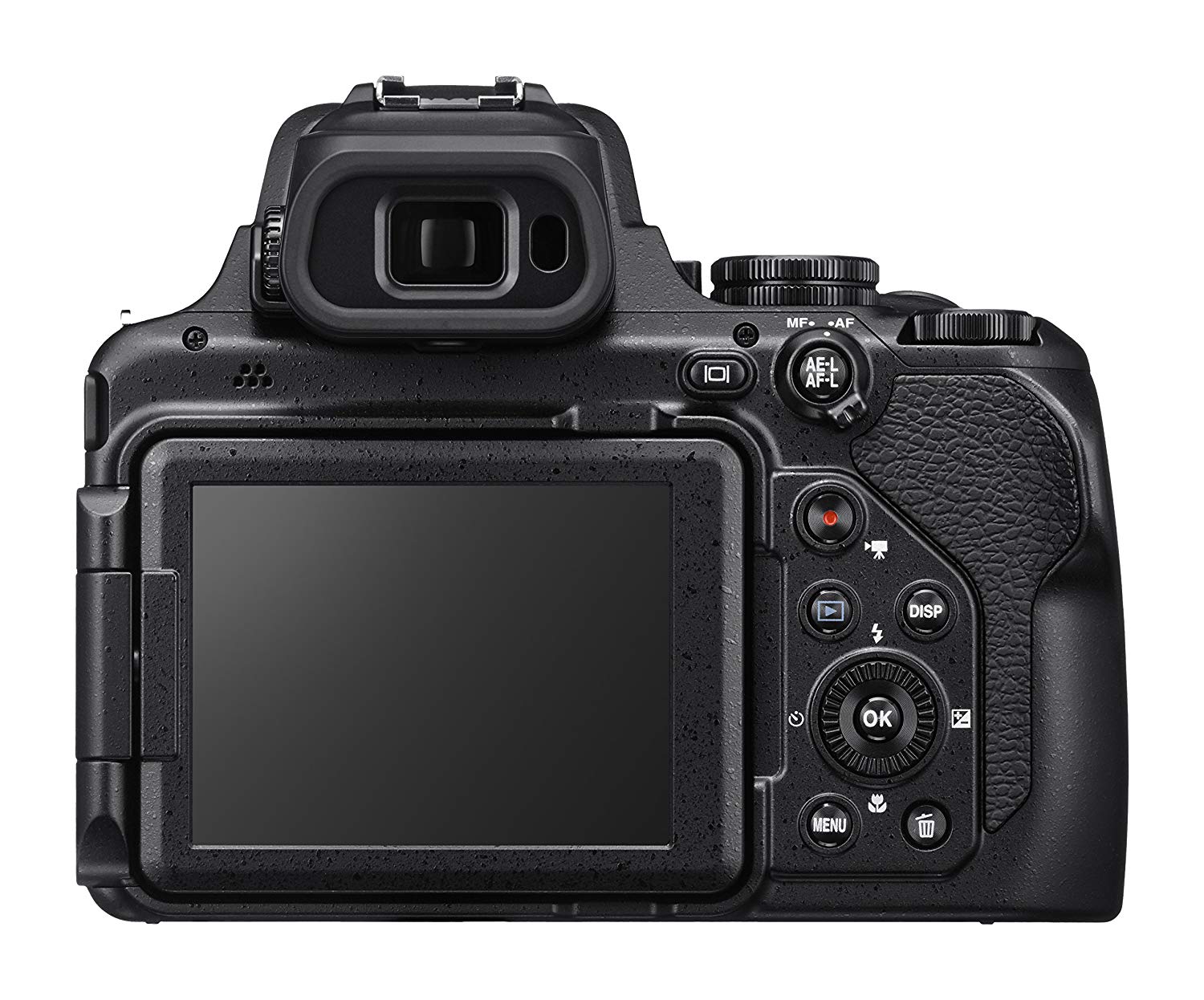 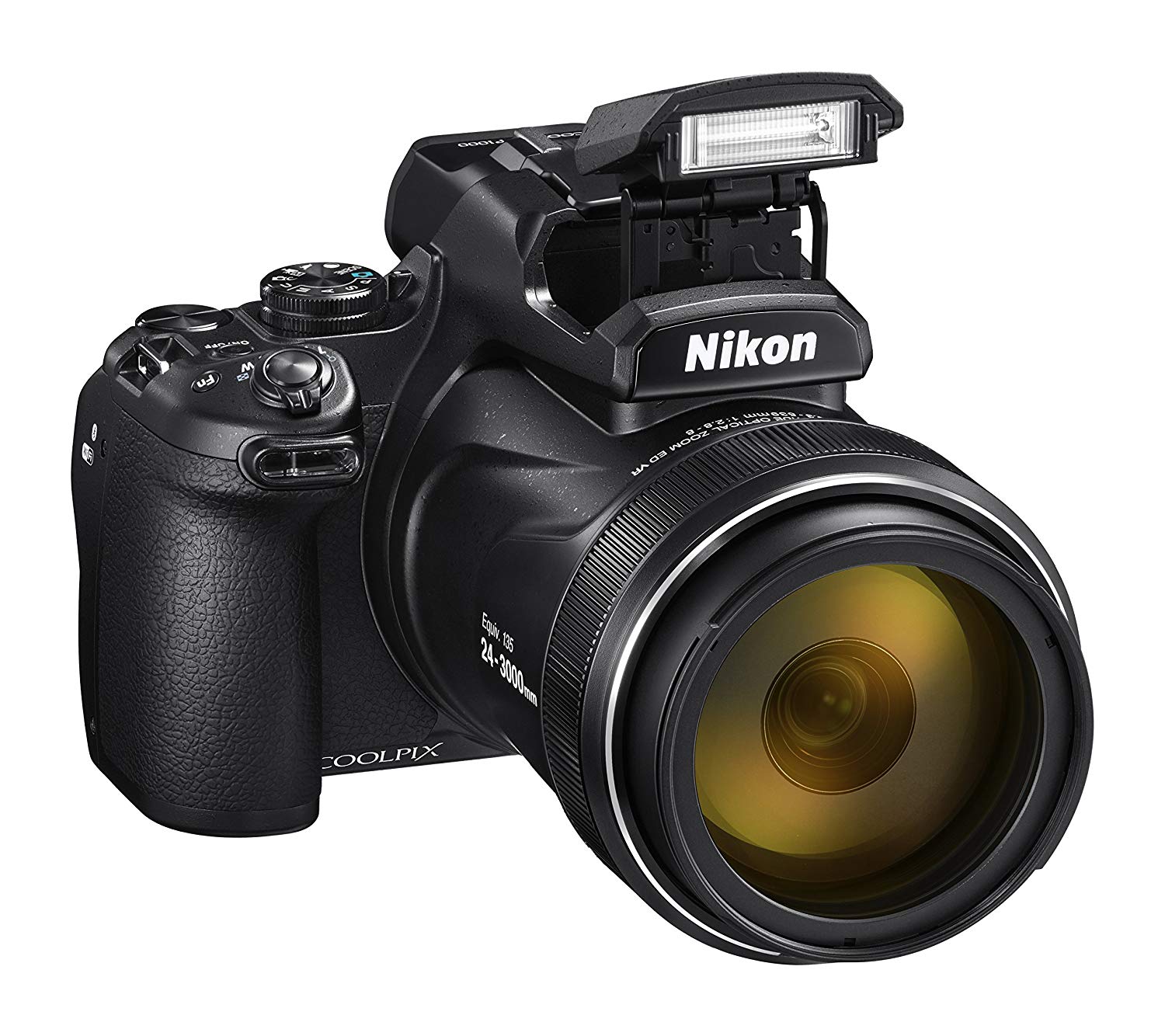 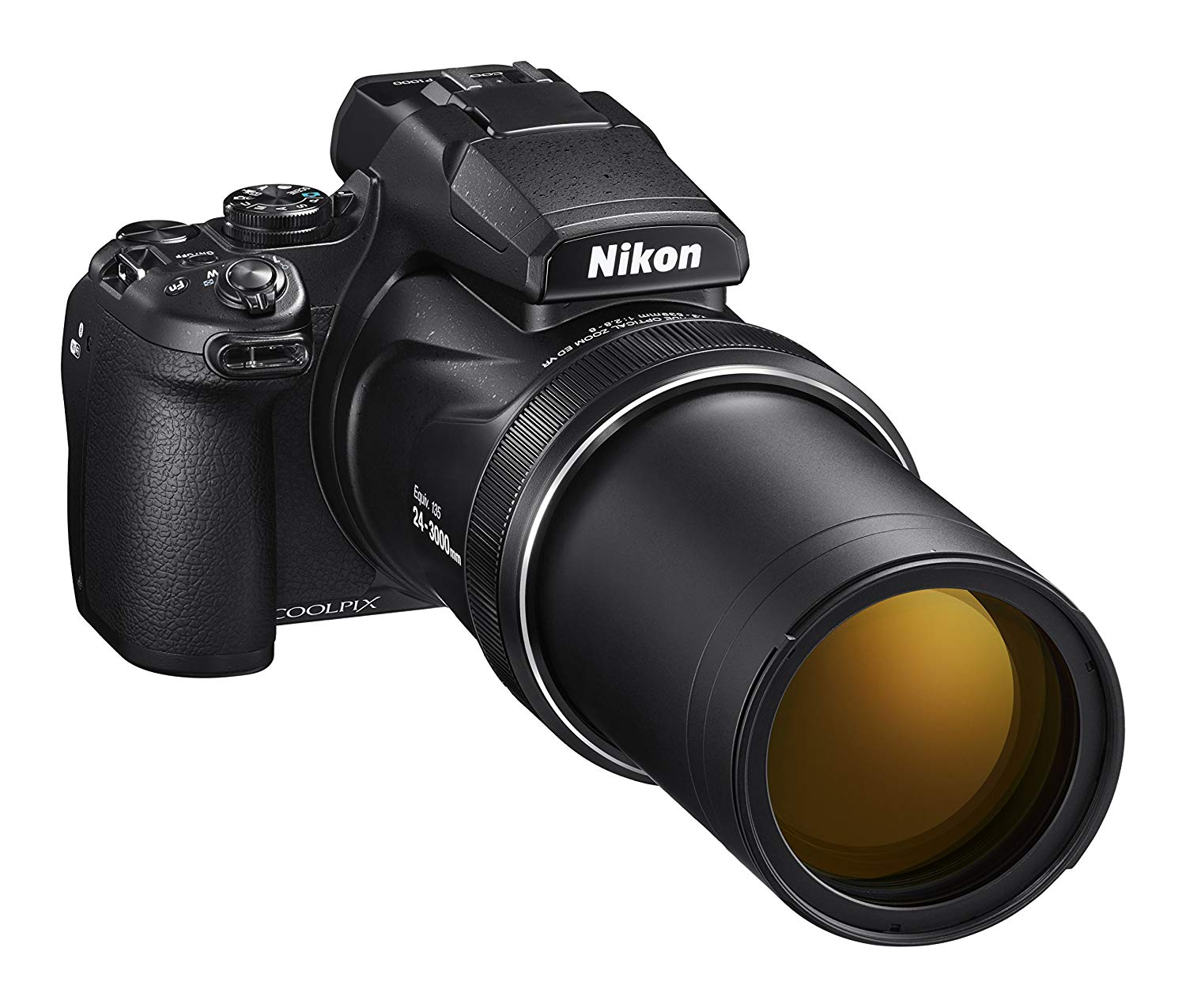 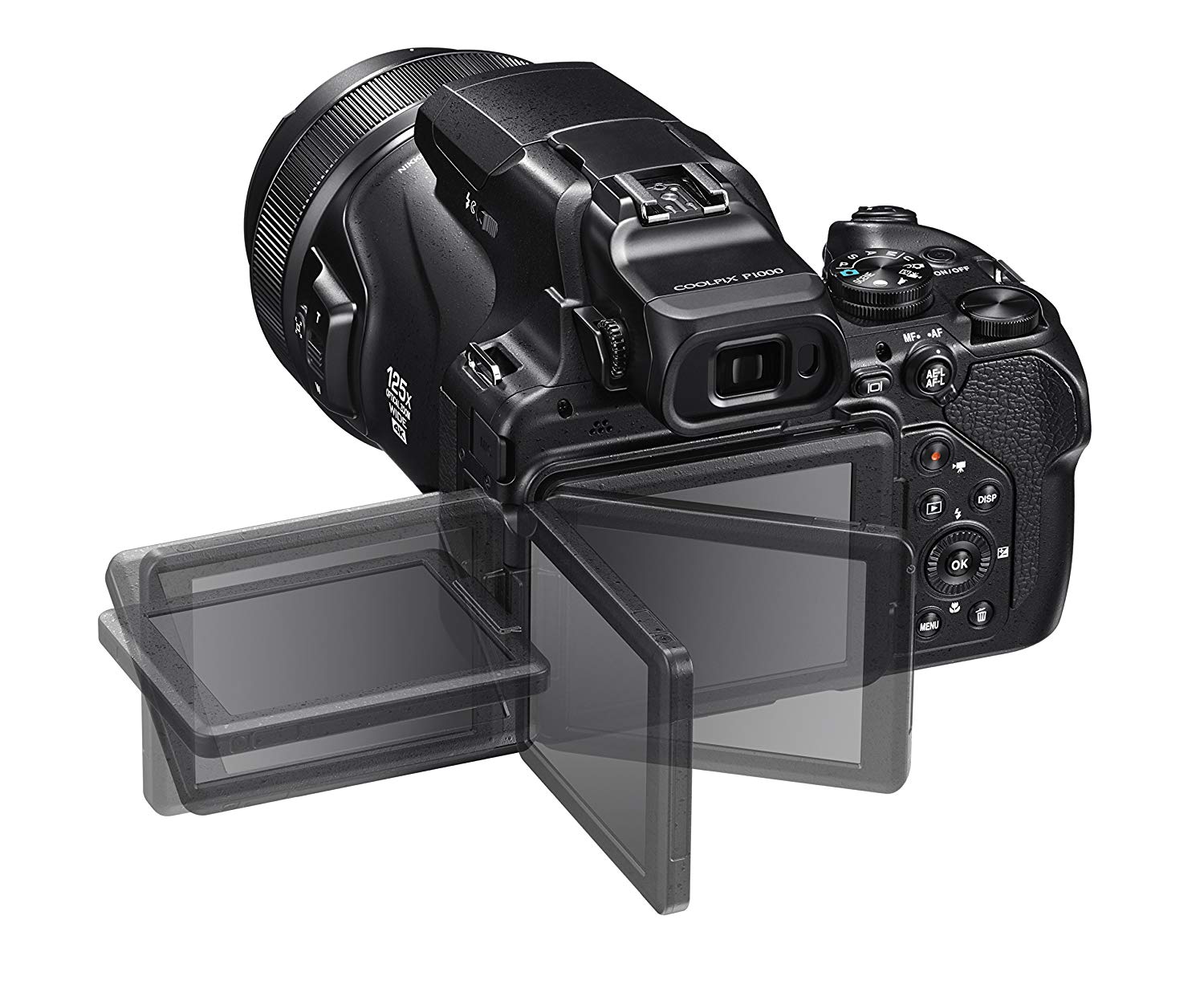 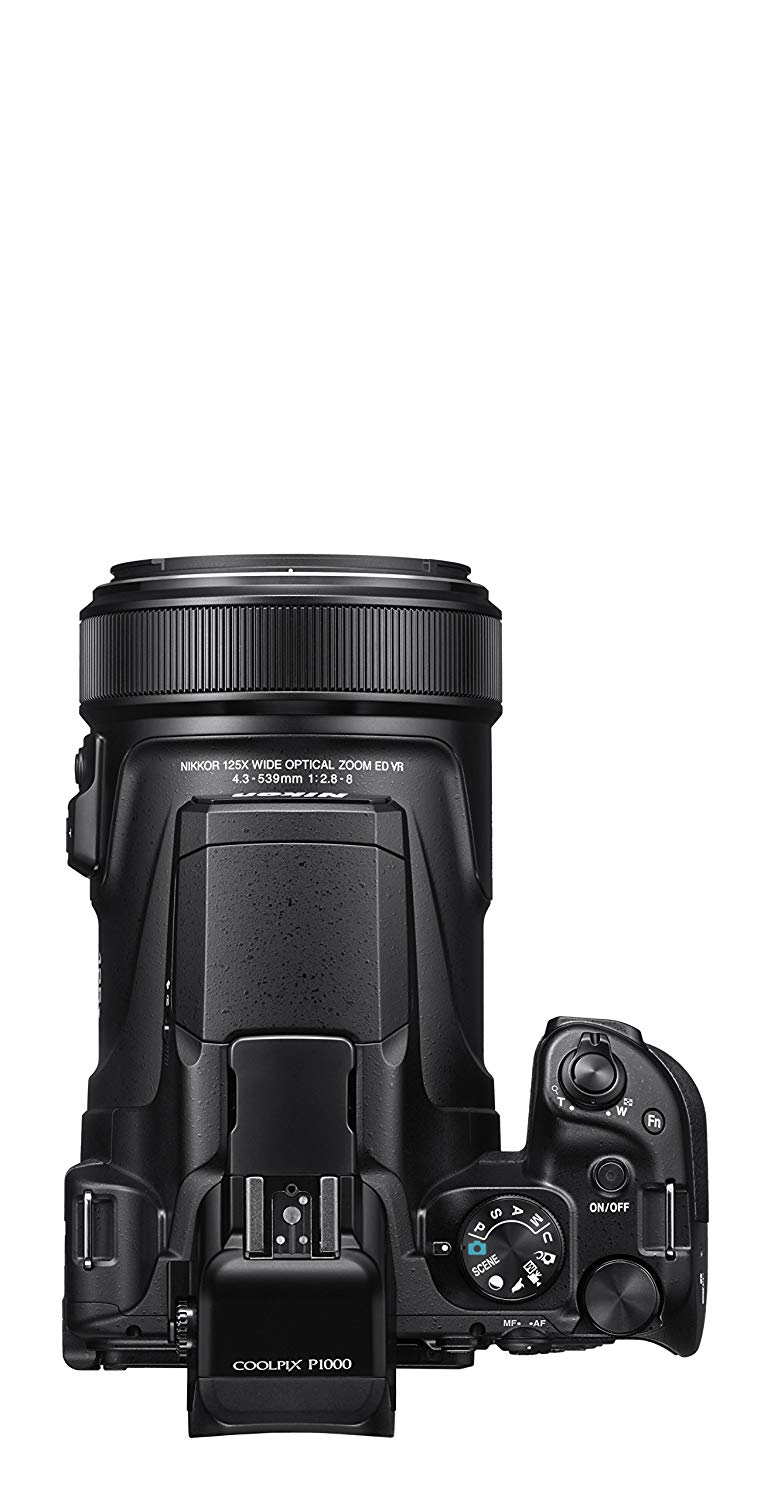 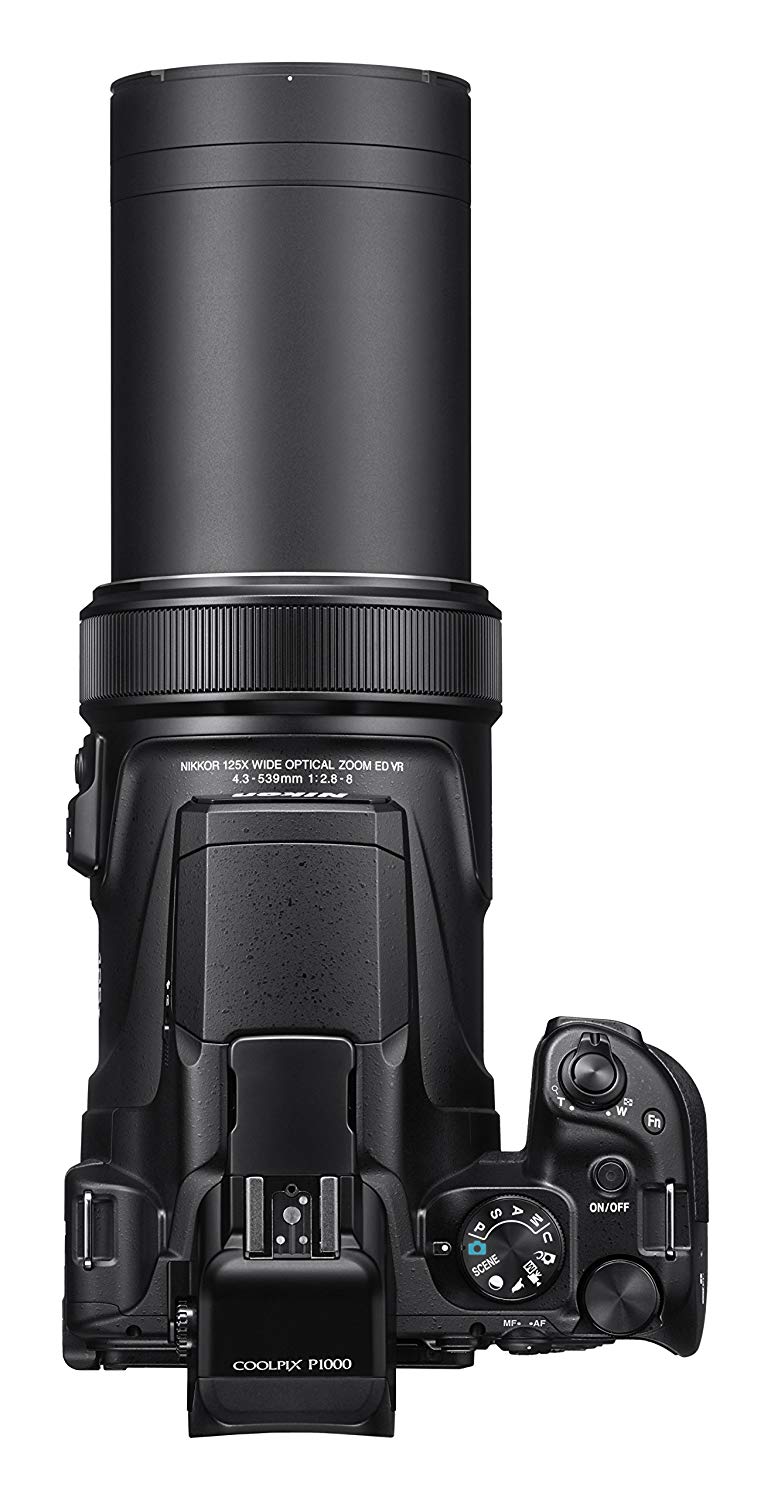 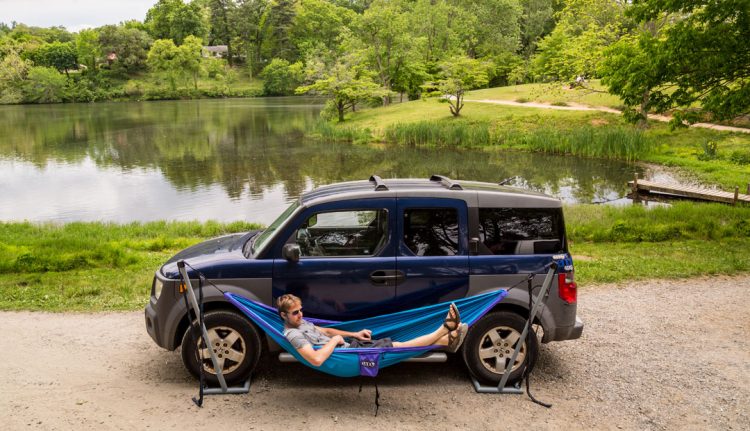 Car Camping Just Got Easier, thanks to The Eno Roadie Hammock Stand. It’s universally agreed that sleeping in a car is pretty uncomfortable, and a great way to ruin your next camping trip. Hammocks, on the other hand, are very comfortable - but not every camp spot has a place to hang them. ENO, everybody’s favorite camping hammock outfitter, seems to have found a solution. The ENO Roadie Hammock Stand makes road trips and car camping a pleasant breeze. You’ll have a bed wherever you go, even if there are no trees or poles in sight. Made from powder-coated steel, the Roadie uses a simple, 2-step set up – simply place the steel base under the wheel of each car, and hang the hammock from the stand hooks. Voila. You now have a comfortable, easy hammock right next to your passenger door.

GoRuck seems to have moved from creating great packs to creating great clothes. Their new Simple Windbreaker is the latest addition to their line of rugged outdoor clothing. As the name implies, it is a straightforward and simple windbreaker, built to be as minimalist and streamlined as possible. It's made from their ToughDry fabric, which is extremely fast-drying and moisture-wicking for whatever weather or elements are thrown at you

Columbia has just released the latest rendition of their lightweight shells – and their most technical jacket to the date. The Outdry Ex Mogul. It’s based on a partnership with the US Olympic Ski Team, who gave their input and expertise for creating a comfortable, athletic, effective jacket fit for just about anything.

Tactical pens all seem to be the same--until you check out SG StatGear's TriTac Tactical Pen. The TriTac takes EDC tactical pens to a new evolutional level. SG StatGear has creatively incorporated a 440c stainless blade into the body of the pen. Also included is the standard tungsten carbide glass breaker. Many low-end tactical pens concentrate on the "tactical" features and put little quality in the actual writing pen feature. Not so with the TriTac. When it comes to writing quality, we are all familiar with Fisher Space Pens. The TriTac features a heavy duty bolt-action mechanism for the Fisher Space Ink Cartridge™, which allows one to write in the most extreme conditions, from wet to outer space! The pen is engineered from aircraft aluminum, and features an ergonomic grip for maximum writing comfort.

Yes, The McLaren 600LT Spider Has A Retractable Roof – And That’s Pretty Cool

The McLaren 600LT was special, but the legendary supercar maker just revealed the new 600LT Spider, and it’s even better.

The Vollebak Blue Morpho Jacket Is Made With Glass Spheres

Straight out of London comes the Vollebak Blue Morpho Jacket, an ultra hi-tech hardshell jacket made from over 2 billion glass spheres. That's right, glass, as well as 100% polyester and resin, cut and formed by lasers. Inspired by the blue wings of the Blue Morpho butterfly,  the Vollebak Blue Morpho is meant to act like a mirror for whatever light shines onto it; in daylight, it's a "shimmering metallic blue." Lit up at night, it changes to a "trippy, bionic looking blue."  Why, you ask? Well, Why not?