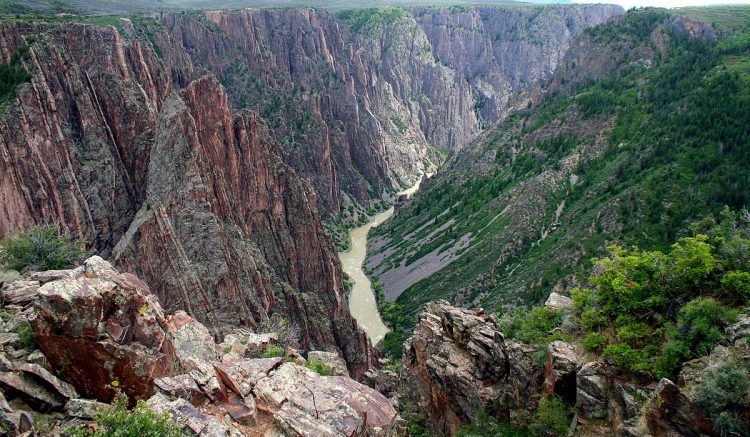 Next stop in on our tour of America's Best Camping Spots: Colorado. The name of this state itself essentially says "outdoors". While there's an seemingly endless supply of beautiful vistas, towering peaks and gorgeous hiking spots in the state, for something a bit different from the rest of the Rockies, and maybe a little bit less crowded than Rocky Mountain National Park, head further west to Black Canyon of the Gunnison National Park.

Next stop in on our tour of America’s Best Camping Spots: Colorado. The name of this state itself essentially says “outdoors”. While there’s an seemingly endless supply of beautiful vistas, towering peaks and gorgeous hiking spots in the state, for something a bit different from the rest of the Rockies, and maybe a little bit less crowded than Rocky Mountain National Park, head further west to Black Canyon of the Gunnison National Park.

Located closer to the Utah border than to the Front Range, Black Canyon of the Gunnison has more southwestern Red Rocks than green pine forests. The Gunnison River drops on average 34 feet per mile as it winds through the canyons. The name itself comes from the fact that some parts of the gorge only receive about 33 minutes of direct sunlight each day – but don’t let that stop you. There’s endless miles of rugged hiking trails (and some easy ones), fishing in the Gunnison River, rock climbing, and even some tough-as-nails kayaking for pros. You’re likely to spot a black bear or mountain lion while you’re at it, too.

Sound like fun? When you’re done for the day, set up shop at one of the sites three campgrounds – North Rim, South Rim and East Portal, totaling well over 100 campsites in each, plenty of tentsites and several RV sites, dotted with pine and juniper. These campsites are pretty basic, especially for a National Park (and fill up fast in peak season). No showers, flush toilets or other amenities – but really, who needs that anyway? You’re in one of the most rugged and wild, yet enchantingly beautiful spots in the country. 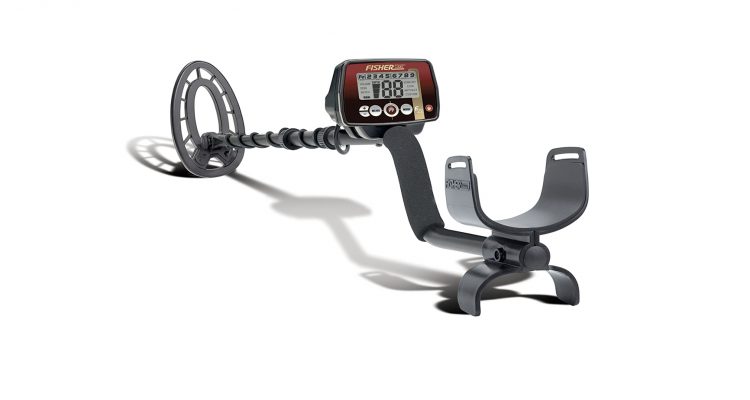 MUST-READ ADVICE FOR EXPLORING WITH A METAL DETECTOR

Using a metal detector such as the Fisher F22 Weatherproof Metal Detector can be fun and profitable. Here are my tips for treasure hunting.

With plenty of storage in a slim, sleek package, the Incase EO is a versatile pack ready to tackle the demands of both everyday and overnight travel.

Skull Gas Fireplace Logs–These are Pretty Out There

The Smartest Doorbell in the World: Eques Veiu, Control Your House From the World

There is no doorbell on the market like this! Sure, there are camera-enabled doorbells but the Eques Veiu Smart Doorbell has "bells" and whistles like no other. You can protect those things that mean to most to you with peace of mind. You have the ability to keep an eye on your home through an in-house monitor as well as a smartphone app. Another attractive feature of the Veiu is there are no monthly cloud storage fees, your only expense is the hardware. The Eques App is available as a free download from both Google Play and the Apple App Store.

When Blade Runner was first released in 1982, it showed us a glimpse of what whiskey might look in the future: Johnnie Walker in a specially shaped bottle. And while their bottles won't look exactly like that in 2019, Johnnie Walker has gone ahead and given us an idea for future whiskies, teaming master blender Jim Beveridge filmmaker Denis Villeneuve to bring us Black Label: The Director's Cut.