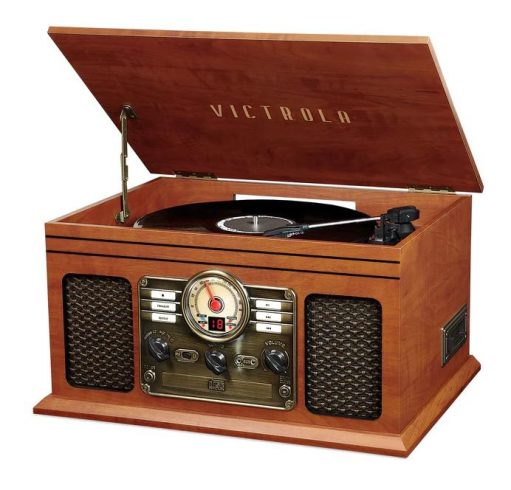 Retro is all the rage! The retro-looking Victrola 6-in-1 Nostalgic Bluetooth Record Player combines old-school looks with advanced tech. You can seamlessly play 45s, LPs, CDs, cassettes, vinyl records, stream your music, or listen to your favorite radio station.

Main features of the Victrola 6-in-1 Nostalgic Bluetooth Record Player:

What if we told you that music-playing devices could be modern and traditional simultaneously? Would you enjoy switching from LPs and 45s to live streaming services and Bluetooth technology within seconds?

If yes, we’ve got the ideal device because the retro-looking Victrola 6-in-1 Nostalgic Bluetooth Record Player combines old-school looks with advanced tech.

We tested it to see how it behaves in action, and here’s what we discovered.

The chances are you’re familiar with Victrola, given that this prestigious American brand appeared in 1906 in Camden, NJ. Even so, we should say a few words about the company before proceeding with the review.

Victrola quickly grew into the largest turntable manufacturer worldwide, starting a mini-revolution in technology. Namely, the legendary Victrola phonograph was a household must-have during the early 20th century, and the current ‘vinyl revival’ is bringing the classic turntables back under the spotlight. Of course, this spells good news for music enthusiasts, but casual listeners will also appreciate the charm and style of Victrola’s products.

We mentioned that turntables were the dominant audio device back in the day, but those times are long gone. After all, modern gadgets are compact, lightweight, and easy to use. Yet, the classic turntables could be a worthwhile investment for many, especially if the device combines several music-playing methods like the Victrola Nostalgic player.

If you want an eye-catching, attractive, and unique item in your household, a well-designed turntable could be right up your street. This device will draw the guests’ attention and make your home’s decor stylish and creative. Of course, making the turntable the star of the room will require adding a couple of classy LPs to compliment the vibe.

Speaking of LPs and 45s, we should mention the vinyl revival phenomenon that started around 2002. During the last two decades, vinyl record sales surpassed those of CDs. Simultaneously, there was a renewed interest in the old-school record shops. So, polyvinyl chloride is back, and you might as well jump on the analog bandwagon.

Listening to an album on a turntable requires effort to extract the record from the sleeve, open the player, set the stylus, and wait for the warm crackle. In other words, you must be an active participant, thus making the songs more familiar and closer to your heart. So, a turntable could be ideal if you want to slow down, relax, and enjoy the experience.

VICTROLA 6-IN-1 NOSTALGIC RECORD PLAYER: WHAT TO EXPECT?

Although Victrola’s reputation as a top-rated turntable manufacturer precedes it, the company makes various items, including speakers and radios. However, their best-selling products are hybrid entertainment systems like the 6-in-1 Nostalgic player we have here.

From what we’ve seen, this versatile device deserves a place in any home because it looks excellent and sounds even better. Then again, Victrola has over a century of experience in the business, so they know how to design the best turntables and accessories.

Currently, the 6-in1- Nostalgic Bluetooth record player retails at $139.99, making it a wise investment or an excellent gift option for music lovers worldwide.

The retro vibe is the first thing you’ll notice about the Victrola Nostalgic player. Hence the name, given that the authentic look will inspire nostalgia if you are a child of the 1970s and 80s.

Victrola offers two color options for this device, and you can choose between gray and mahogany. Both colors look elegant, thanks to the traditional boxy design and vintage elements.

For instance, the Victrola 6-in-1 Nostalgic record player has retro-inspired knobs for volume and tuning. Moreover, the rotary dial looks like a speedometer showing the frequency with a bright red arrow. Of course, the front area of this record player features many more classic details that look like they traveled through time and landed in 2022 straight from the 60s.

As the name says, the flexible Victrola Nostalgic player offers six music-playing methods. Of course, the turntable on the top is the focal point, but other ways of listening to your favorite tracks are equally accessible.

Notably, the 6-in-1 Nostalgic record player from Victrola will let you play CDs, cassette tapes, vinyl records, listen to radio stations, play music from your phone, or stream wirelessly. You name it.

The belt-driven turntable offers three record-spinning speeds: 33 ⅓, 45, and 75 RPM. On the other hand, Bluetooth connectivity has a 33-feet reach. Likewise, we should mention the dependable 3.5mm AUX and headphone jack for listening to non-Bluetooth devices.

As you can see, the Victrola Nostalgic record player ticks every box for convenience and usability. So, you’ll be glad to hear that this vintage-looking device relies on modern audio systems and technologies to reproduce high-quality sound.

Notably, the 3-speed turntable delivers minimum vibrations, producing crystal clear audio as long as the records are in good condition. The other methods for listening to the radio or your favorite tracks will deliver similar results, filling any room with pleasant, clear audio.

In addition, the well-built Victrola 6-in-1 Nostalgic record player features the handy Bluetooth-out option, allowing you to play the sounds via external speakers or amplifiers. Of course, headphones or earbuds are an option, too.

SHOULD YOU BUY IT?

The attention-grabbing Victrola 6-in-1 Nostalgic Bluetooth record player is an excellent conversation starter and a cool-looking addition to any home. On top of that, this multi-practical device will handle anything you throw at it, from analog to digital formats.

And even though the Nostalgic player from Victrola combines six gadgets into one, it comes at a reasonable price. So, this device is a safe bet if you can’t stand silence and need music in the background for day-to-day activities. 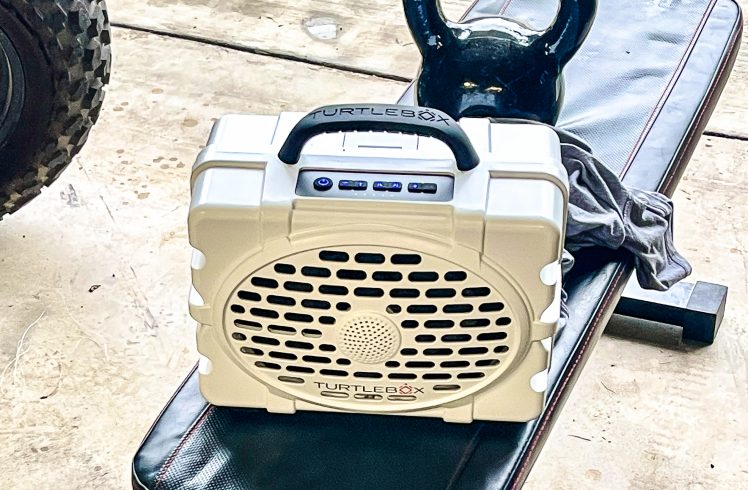 BEST BLUETOOTH SPEAKERS FOR THE SUMMER

Best Travel Suits in 2022 That You Can Flaunt

You don’t want to be sitting in a tight, uncomfortable suit for several hours, only to get up and head to work or a meeting with wrinkles and creases all over it. And you certainly don’t want to sweat through it as you head to gate. That’s where travel suits come in. Grab one of these, pair it with some smart, functional luggage, and you'll be traveling in pure crease-free comfort.  Here are some of the best travel suits that will suit your constantly on-the-go lifestyle.

The Zeiss ZX1 Comes With Lightroom Built In

Zeiss is undoubtedly one of the legends of camera and lensmakers, so when they announce something, it’s sure to grab every camera junkie’s eye. Their latest unveiling? The Zeiss ZX1, a mirrorless digital camera with 35mm FOV and built-in Lightroom.

How to Choose the Right Boat Accessories for Your Needs

Boating is such a popular hobby/sport...especially since CoVid had us all outside. To make your experience what you expect, we have suggestions on selecting the correct boating accessories. Start with these, and you are sure to have many hours of boating fun.