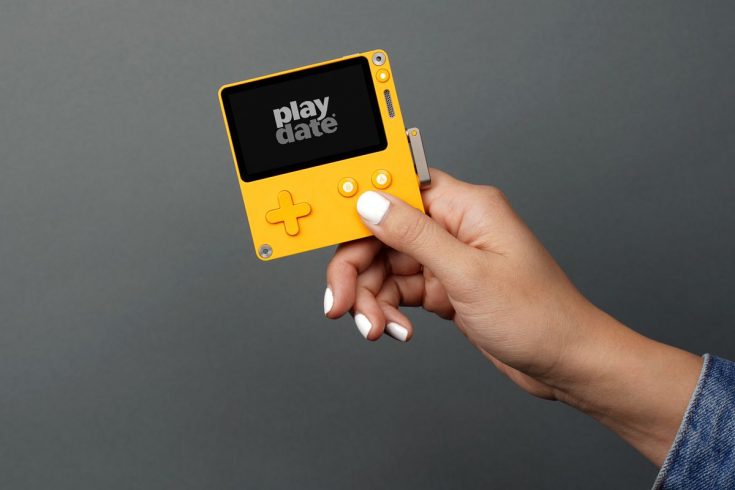 The Playdate is A Cranking Good Time

Remember the Game Boy? Those old-school little handheld gaming devices were all the rage back in the day, but they met their (timely) demise when smartphones and iPod touches became ubiquitous (and when flashy gaming graphics just made playing on a little black-and-white screen seem boring). Well hold tight, because Playdate is bringing handheld gaming back and it’s doing it with flair. 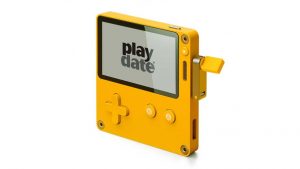 The Playdate doesn’t look like much, and that’s because it isn’t. It’s an old-school gaming device in the vein of the old 1990’s Game Boy, with a small black-and-white screen (400 x 240, in case you’re wondering) just two A & B buttons, and a nav button.

It also has a crank on the side. And no – it’s not powered by the crank. It has an internal battery for that. The crank is merely another control (of some kind) for input into the game).

What does it play? Right now, not a whole lot; just a limited roster of games specially designed and programmed games to run on it. “Season One” as they’re calling it will include 12 games to start, including a release by renowned game designer Keita Takahashi called “Crankin’s Time Travel Adventure.” 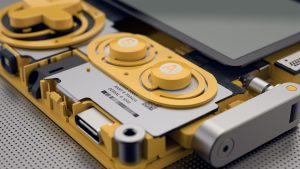 basic everyday convenience and functionality. The Playdate charges via USB-C (because Micro USB is so last year), has an integrated AUX jack for plugging your headphones (will there be more than beeps audible?) and a WiFi antenna to make sure you can access the internet.

We’re not sure why you need WiFi access with the Playdate, but we imagine they have some need for it (updates? Social sharing?).

The Playdate is the work of game developer Panic, the team that created the critically acclaimed game Firewatch (for PC, Mac and gaming consoles) a few years back. They created a proprietary operating system for this new device, and apparently want to share the love of old-school gaming with others.

It won’t be released until 2020, but you can preorder a Playdate for yourself for $149. 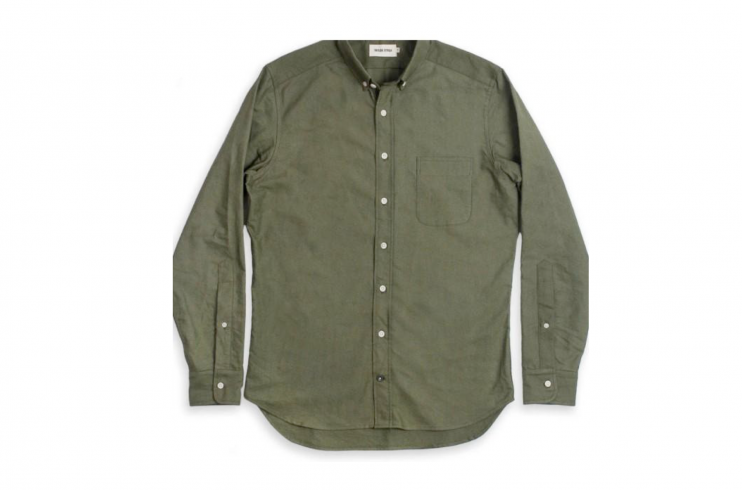 Your dog can't chew this one up! You can walk down the composition notebook isle at your local store and it will have the same look as what your parents saw back in the day. It seems there hasn't been a lot of innovation in school supplies...until now. Enter Rocketbook Everlast. Technology meets the age-old composition book.

La Sportiva TarantuLace Rock Climbing Shoe: The Most Popular on the Mark

The Waylens Horizon is Dashcam That Records Your Track Time

Got a need for speed? Then you really ought to get the Waylens Horizon. This baby is the tool you've been missing from your dash, a camera that records out your windshield at 1080p and 60fps, with a max aperture of f2.4 and 157 degree wide-angle lens.

These Are The First Wireless Earbuds from Legendary Cambridge Audio