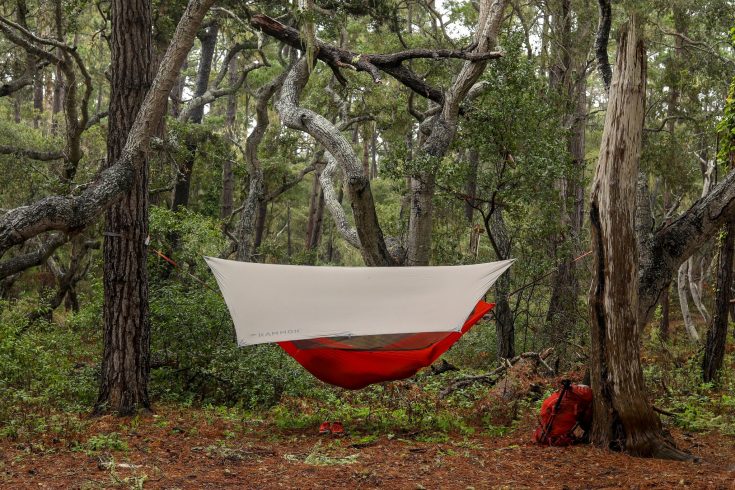 The Kammock Mantis Sets Up in 60 Seconds Flat

For those who find sleeping on the ground rough, hammock camping can be a sublime experience; it gets you off the ground and into the air,  and there’s something satisfying about falling asleep as your hammock rocks gently in the night breeze.

For those who find sleeping on the ground rough, hammock camping can be a sublime experience; it gets you off the ground and into the air,  and there’s something satisfying about falling asleep as your hammock rocks gently in the night breeze.  Unfortunately, hammock camping can sometimes be a bit complicated;  camping hammock systems can involve a lot of moving parts, as well as a good deal of effort to setup. That’s why Kammock created the Mantis, an all-in-one camping hammock meant to simplify the process.

Kammock (sounds like a combo of “hammock” and “camp”) didn’t create the camping hammock system, but they’ve done a good job of perfecting it. The Mantis packs down smaller than your sleeping bag, and at 2 pounds, weighs less than a typical 1-person tent, making it a great option when you prefer to travel light. Still, the hammock comes with a 500-pound weight limit, so you can easily fit two people and even your gear at the same time.

There’s an integrated insect net to keep the bugs at bay, as well as a super light rainfly for when the skies open; both are part of the super-simple setup, which takes about 60 seconds start to finish, and let you set it up in any number of configurations, using the rain fly as an awning, as a full-on guard against bad weather. Or, ditch it and enjoy the open air. The bug net even has particularly see-through mesh panel, so you can stargaze without disruption.

Levitas 20D ripstop nylon cuts down on weight, and the straps are made from SpiraLine – polyethylene that is 15 times stronger than steel by weight. All in all, the Mantis is a lightweight, packable hammock that makes the idea of hammock camping that much easier, eliminating size, bulk and setup time all at once by putting everything you need into a single, easy package.

If you’re interested, you can grab one on Kickstarter now. 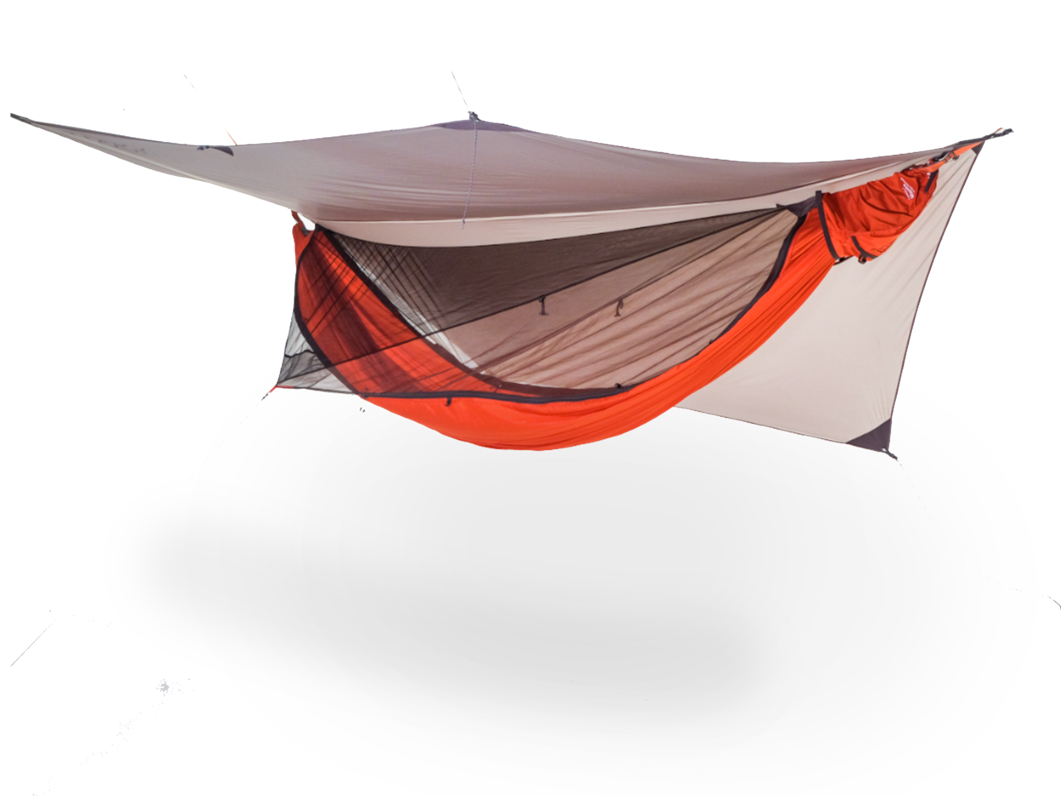 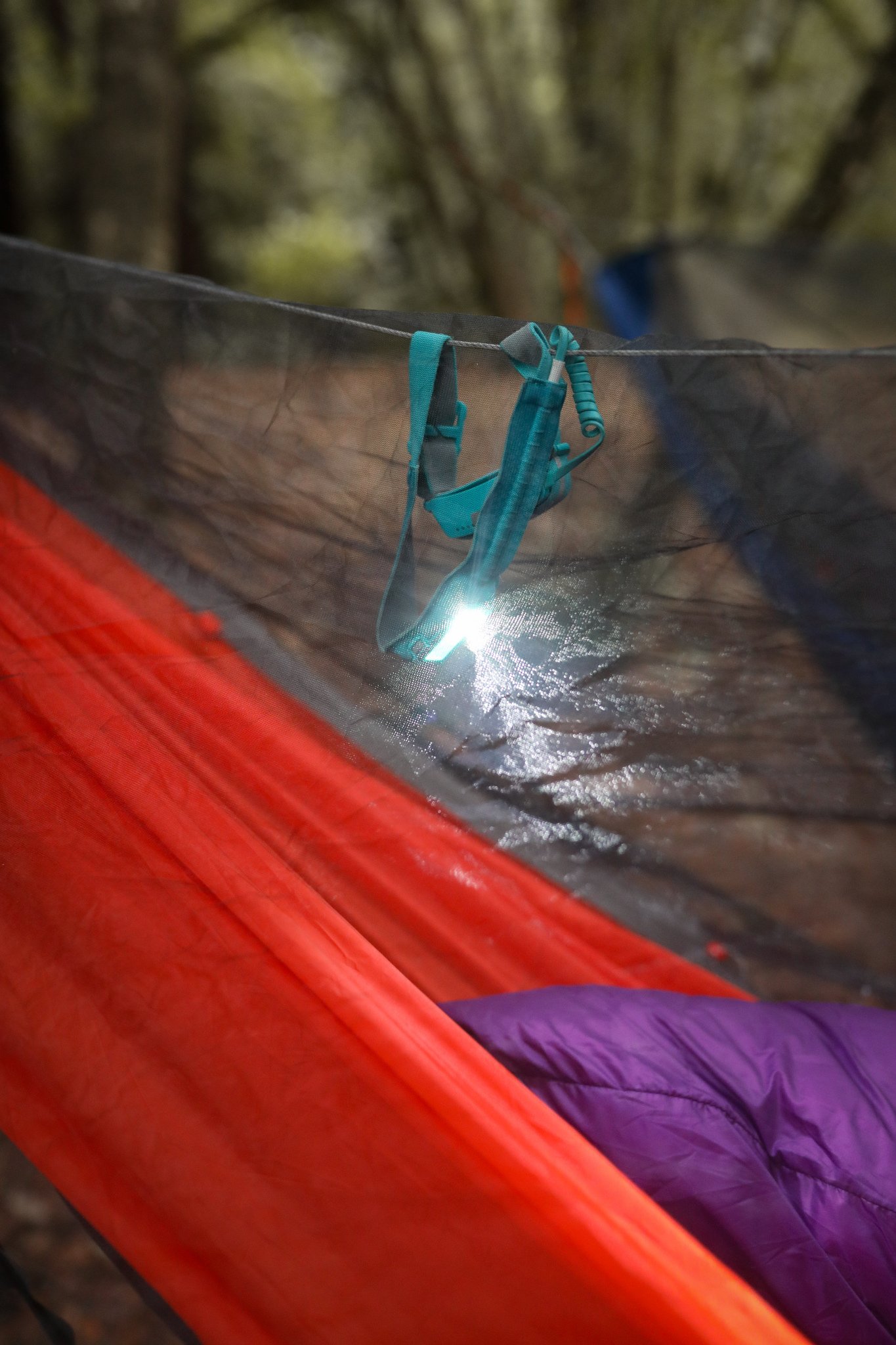 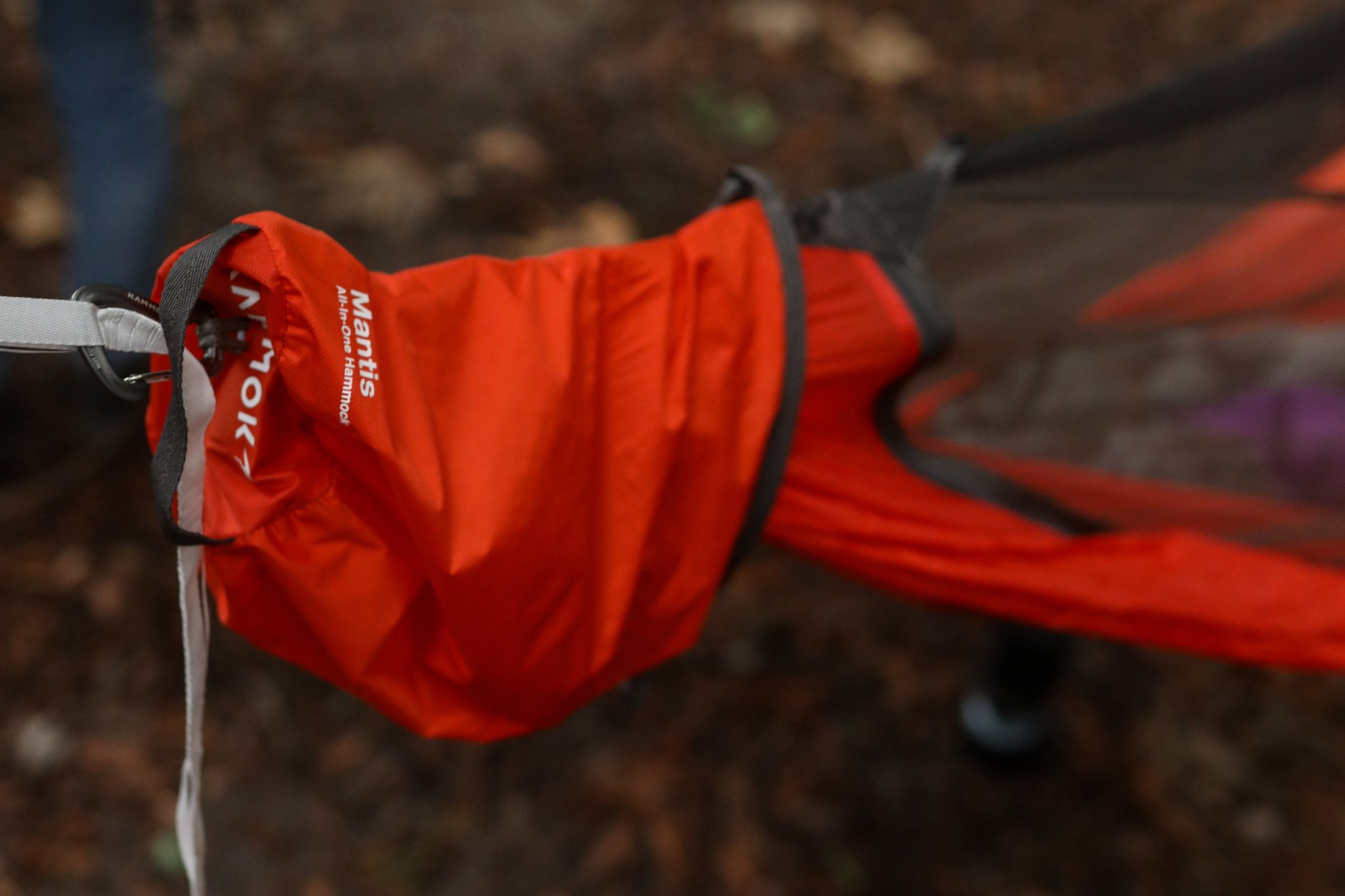 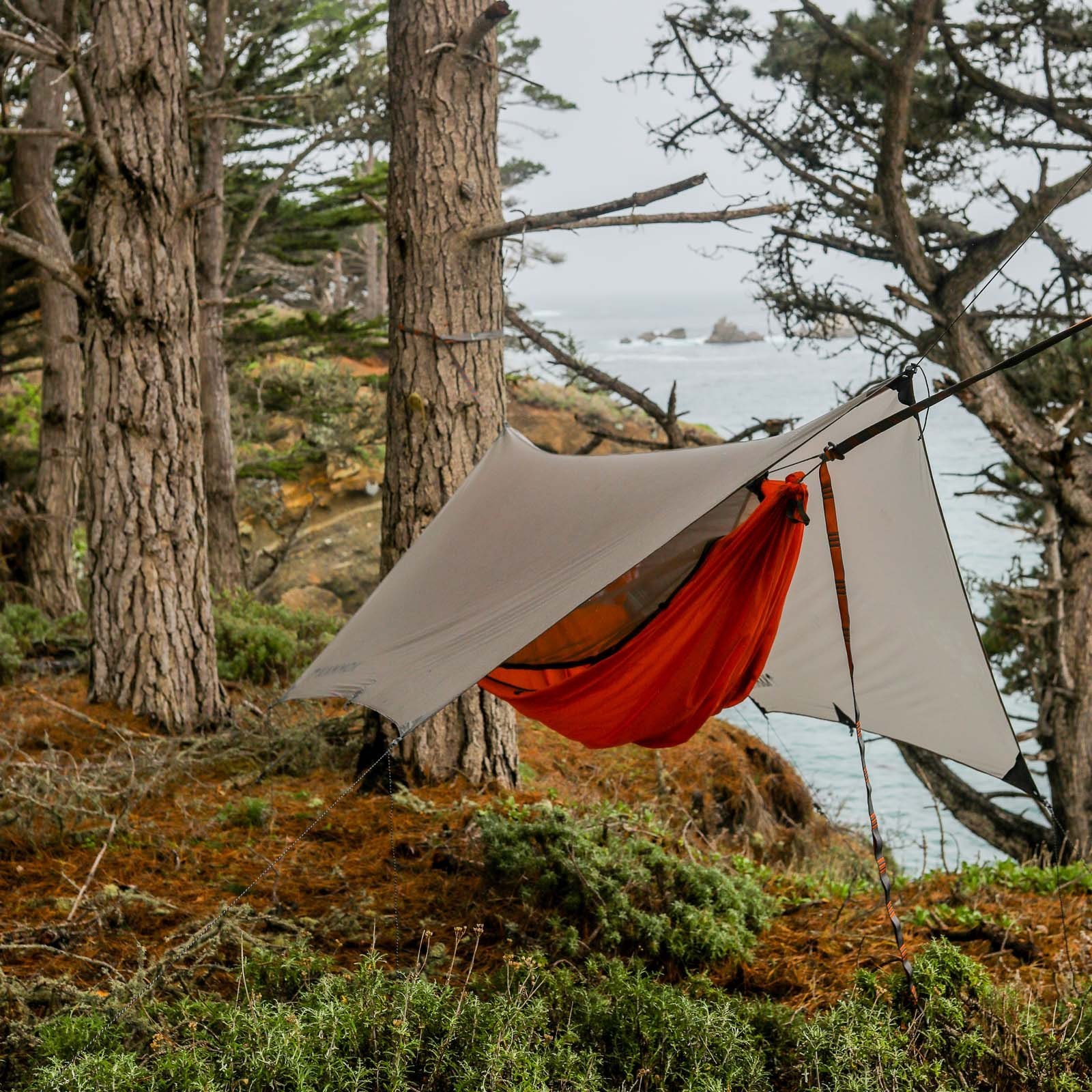 Ethereum Mining and the Price of Computer Components

The Trayvax Cinch Belt is the answer to weight gain, weight loss, and temporary expansion for conceal carry. The belt is made of a heavy-duty MIL-SPEC nylon webbing, replicating a military belt. Because it has an infinitely adjustable friction clasp, you get the perfect fit in all circumstances. There's not problem with having to select between holes one-half inch apart. No throwing away a good belt because you dropped (or added) inches in your waist.

GCI Outdoor FirePit Rocker: The Only Camp Chair You Will Ever Need?

Whenever we hear the name Big Agnes, we know we’re getting something big, tough and built to last. The Big Agnes Stagecoach is no different – other than its ingenious design, that is.

Hopii Makes Homebrewing Easier Than You Ever Expected

A wise brewer once told us that "brewing is 90% cleaning and ten percent paperwork." If you're homebrewing,that 10% paperwork might be something else, but the idea still remains the same - homebrewing is a lot of work and a lot of cleaning. Hopii aims to solve that problem by making homebrewing simple and easy.

Open Doors With Your Phone and The August Smart Lock Pro

Is it time to get rid of old-fashioned keys and update all your doors to a smart lock? If you ask the August Smart Lock Pro, it is indeed. This round little device is a keyless smart lock that serves to bring your home one step closer to the digital, smarthome that we’ve been envisioning for years.

memobottle H2.O – Is Your Water Flat? Why Didn’t We Think of This?

How cumbersome are those standard water bottles? Round in a square, flat pocket--they just don't fit well. memobottle H2O has solved the problem of round, bulky water bottles that just don't fit anywhere other than your auto cup holder. The memobottle H2.O resolves the problem of packing a water bottle in your backpack. Have you noticed there is just no way to pack a round bottle in your case without losing valuable space. Then try to carry two round water bottles in one hand--nearly impossible unless you have Goliath hands. Then what about that round bottle rolling everywhere? Do we need to go on to convince you the standard round design of a water bottle is pretty impractical. The memobottle H2.O has resolved so many carrying issues. We think this is pretty genius.