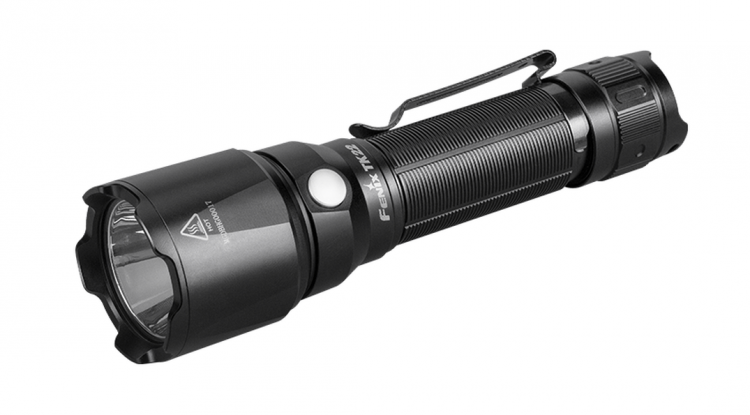 Since 2012, the Fenix TK22 Tactical flashlight has been one of the brand's best sellers. With the latest iteration, Fenix Lights has continued to push the limits on output and versatility with the TK22 V2.0.

Since 2012, the Fenix TK22 Tactical flashlight has been one of the brand’s best sellers and one of the brightest tactical flashlights on the market. The latest iteration – the T22 V2.0 – continues pushing those limits.  Boasting 1600 Lumens and a beam throw of over 1,300 feet, this tactical light promises to become the clear leader in an already competitive lighting segment.

One of this models’ key features, is its ability to utilize both a 18650 Lithium Ion battery and the newest power source in the market: the ultra-powerful 21700 Li-Ion Battery. The 21700 boasts a 5000 mAh capacity and will allow the TK22 V2.0 to run for as much as 80 hours on Low Output (30 Lumens). And perhaps even more impressive is the 2+ hours of runtime when at the max output of 1600 lumens! With that much power, it’s a good thing it’s digitally regulated to prevent overheating!

As usual with most Fenix Flashlight tactical models, the TK22 has a tactical tail switch for an easy, momentary-on functionality. This dual-switch system allows for cycling between any of the 5 lighting modes, and the intelligent circuit remembers the last used output mode. And trust us when we say: this thing is a tank. A6061-T6 aluminum construction with a HAIII hard-anodized anti-abrasive finish. With a 5.9″ overall length, it’s totally compact enough to be used for EDC. At the same time, it’s large enough to be weapon mountable.

So whether you are fine upstanding member of our nation’s Law Enforcement or Military…or just a tacti-cool type who loves to have the latest and brightest flashlights on the market, the Fenix TK22 V2.0 is worth a look. Check it out at www.fenix-store.com! 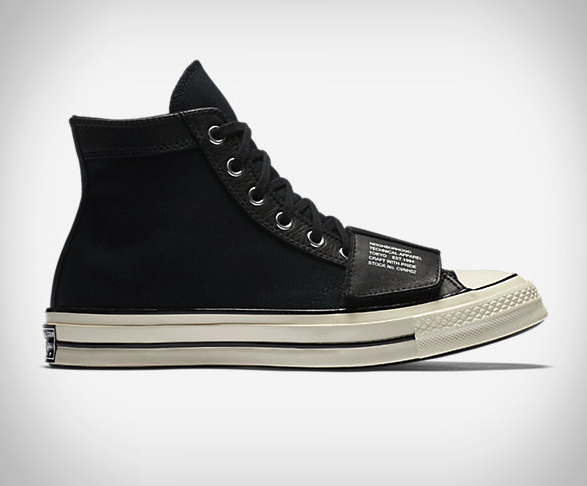 Back in the 70s when we sported our white Converse sneakers, who would have known what they would evolve into. Today we have a Converse Sneakers Motorcycle Chuck Taylor with a foot shifter strap overlay. The unique rubber and leather toe overlay is engineered to protect both the shoe and your feet from getting scuffed and marked up by your shifter.

We all know. There is nothing more miserable than sore feet. The Flesser Yoga Sports Five-Toe Separator Socks massage your feet to send you to heavenly bliss. The Flesser socks are perfect for yoga enthusiasts, for promoting blood circulation and relieving foot pain after a workout, or for slowing down the growth of your bunion. The benefits are numerous for toe alignment.

We have all been there before. You go to check your text messages and notice your phone is on low battery. You go to plug your phone in but between your tablet, Bluetooth speaker, and smartwatch, you have no more USB ports left to charge your phone. Well, worry not because the 40-Watt Anker 5-port USB wall charger offers up to 5 separate UB charging ports so you’ll never worry about USB charging again.

Selecting a Knife Sharpener–Which Type is Best for Your Blade?

There isn’t much that can be done to improve upon the classic sleeping bag; sure, some new wonder material will come in the next few years to shrink the bag down in both size and weight while simultaneously upping insulating power, the classic cocoon-style bag will likely remain the same.