Like the CRKT Goken, the Williams Tactical Pen was designed by James Williams, martial arts master and former Army officer. And like the Goken, it’s Hissatsu and the Hisshou, Williams’ first CRKT knives. CRKT calls it a “clean, futuristic interpretation” of one of mankind’s basic tools – the simple pen. It’s made from a beautiful 6061 aluminum, precision-machined, and with a hard-coat color anodized, and you can count on it to last you years of wear and tear. You can also get it in a non-reflective, tactical black finish. The tapered design on the pen body allows it to be comfortably gripped. Overall, the Williams Tactical Pen honestly looks a little bit less like a “tacpen” and more like a fine writing instrument that is built to last.

But don’t let that you fool you; it’s just as functional as any other similar tactical pen. And what does that mean? Most easily, it functions as a spike, for stabbing, jabbing, and even breaking objects – like windows. With proper training, it can function as a very good defensive tool – which is definitely what James Williams had in mind when he designed it. When you don’t need to use it, clip it conveniently to your pocket. And it works with Fisher Space Pen ink inserts, so refilling is easy and cheap, and the writing itself is smooth.

The Williams Tactical Pen is as functional as it is attractive, and makes a reliable weapon when you need it. That’s all we ask for from our writing instruments. 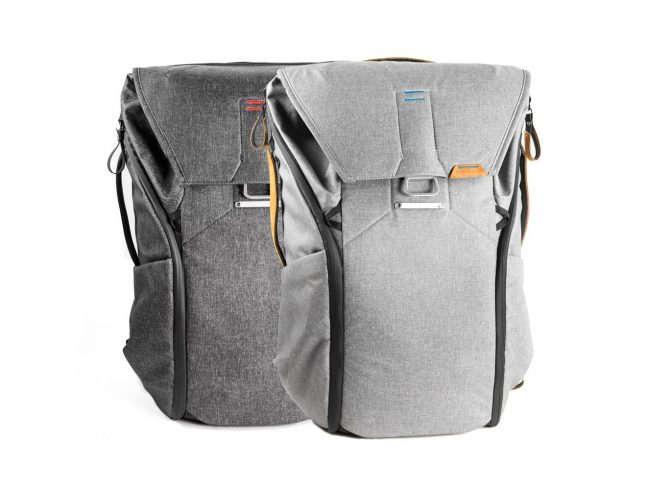 Peak Design is known for their revolutionary camera accessories, like the Capture Clip, that give creative adventurers the convenience and freedom to bring their beloved camera kits everywhere they go. And with that same idea in mind, the folks at Peak Design have put together the Everydack Backpack - a go-anywhere, do-anything bag for camera accessories and just about anything else you could need.

The Alpen Bike Pod Is A Stylish Home For Your Bike

While traditional bike locks may work fine for locking your bike up outside the shop, you probably want something a little more permanent for storing your bike safely and securely when at home. Not only that, but you need a way to keep your bike clean, dry and protected from the elements; nothing will ruin a bike better than being left out in the rain. Enter Alpen, a Bike Pod providing a "proper home" for your bike.

It appears Vollebak is attempting to one-up Flint and Tinder's 10-Year Hoodie with their 100 Year Hoodie. It's made from Kevlar, which is in turn made from aramid, the same material used lots of spacesuits, aircraft carriers and body armor.

So you’re a fan of cookouts and parties by the beach. There’s nothing quite like a cooler full of cold beers, some burgers on the grill, and some summer tunes on in the background. Sound like your idea of fun? Then you need a Coolbox – an all-in-one “entertainment cooler."