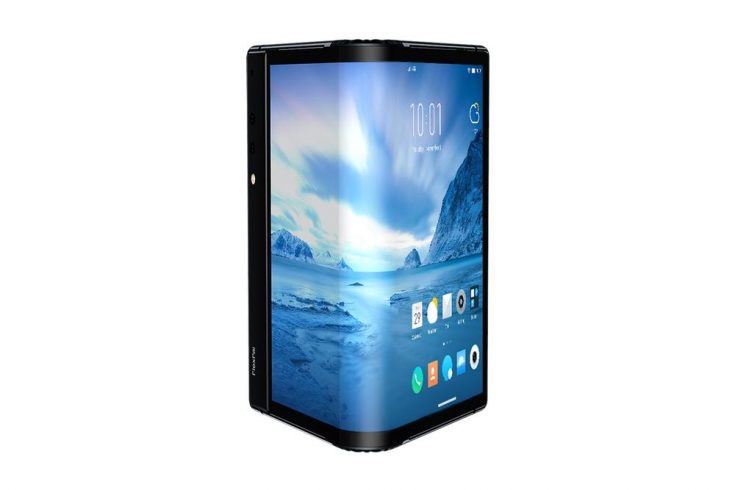 Have $1300 to Spend on A Folding Smartphone?

Samsung and Apple might still dominate the smartphone world, but we’ve been seeing some good independent options popping up on the scene in recent years; the OnePlus 6T comes to mind. If, however, you’re not a fan of how big phones are getting, and desire something a little more conducive to fitting in your pocket, look at the FlexPai Developer Model, the world’s first folding smartphone.

Samsung and Apple might still dominate the smartphone world, but we’ve been seeing some good independent options popping up on the scene in recent years; the OnePlus 6T comes to mind. If, however, you’re not a fan of how big phones are getting, and desire something a little more conducive to fitting in your pocket, look at the FlexPai Developer Model, the world’s first folding smartphone.

Folding smartphone? Is that like a high-end flip phone? Decidedly not, actually. The Flexpai (from California-based Royole) is more like a very thin, half-tablet, half-smartphone combo with a flexible middle joint that allows it to be folded completely in half, which, according to Royole, lets it “[disrupt] consumer’s traditional concept of a smartphone” and gives them both the large screen of a tablet and the smaller, more portable screen found on a smartphone.

When unfolded, the FlexPai gives you a full 7.8” tablet screen with a color 1920×1440 display. Folded, it offers you three screen sizes to choose from; Primary 16:9, Secondary 18:9 and “Edge” 21:6 aspect ratios. And it still receives all the notifications, calls and texts you expect from your smartphone while in Edge smartphone mode, and you can take and receive incoming calls from either side of the device.

The FlexPai runs off their Water OS, which is based on Android 9.0 but designed to work with the folding, flexible screen options. It comes with 128GB of storage and 6GB of RAM, as well as in a 256GB model with 8GB of ram for a little extra dough. There are two cameras – 20MP and 16MP – that can be bent for some unique camera angles.

So what’s it good for? Despite being touted as a folding smartphone, it is definitely more of a folding tablet that can be folded as you like it; when folded in half, it’s simply too big and bulky to really fit in your pocket – unless those are some pretty large pockets. But then again, with huge phones we keep seeing other brands put out, maybe it’s not all that big after all. If you’ve got $1300 to spend on a unique folding smartphone no one else is carrying, why not? 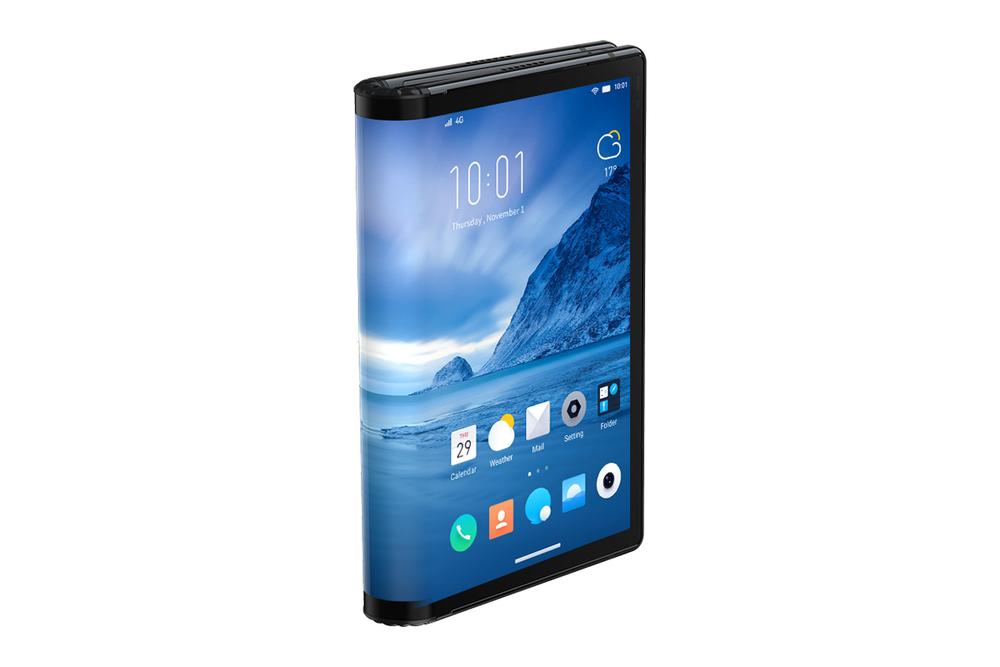 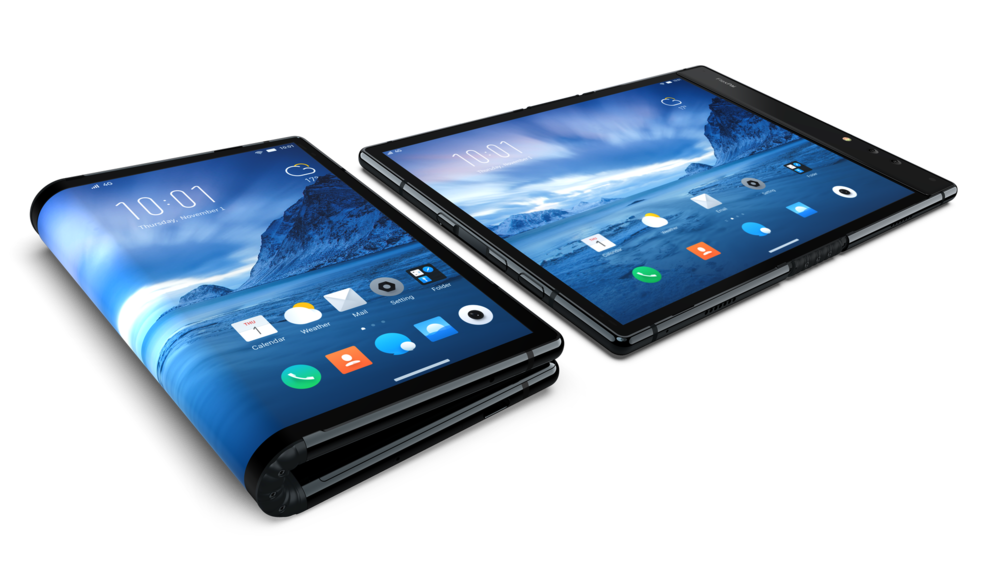 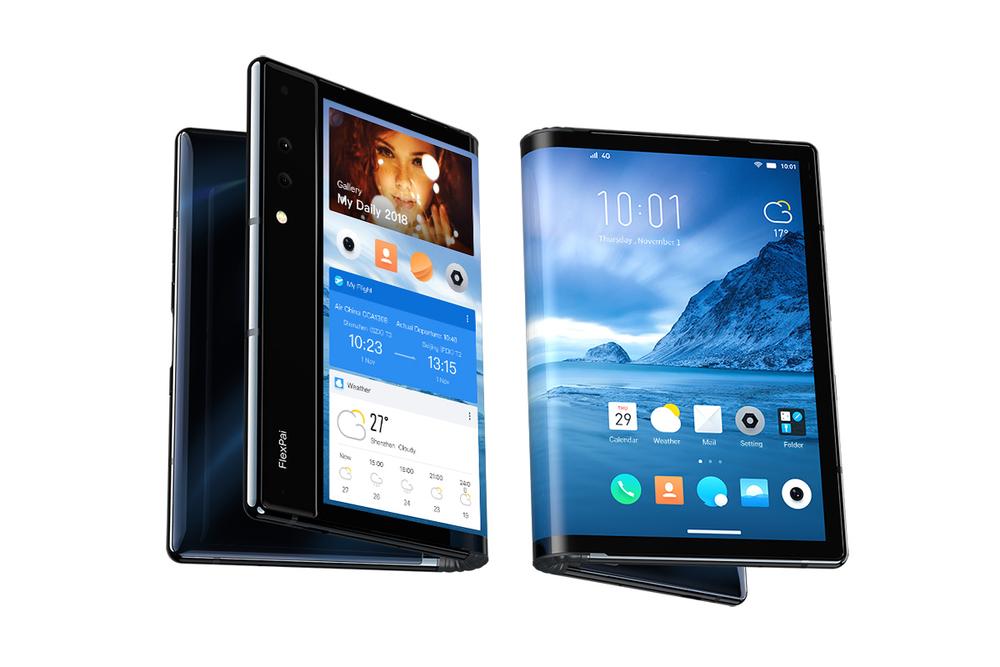 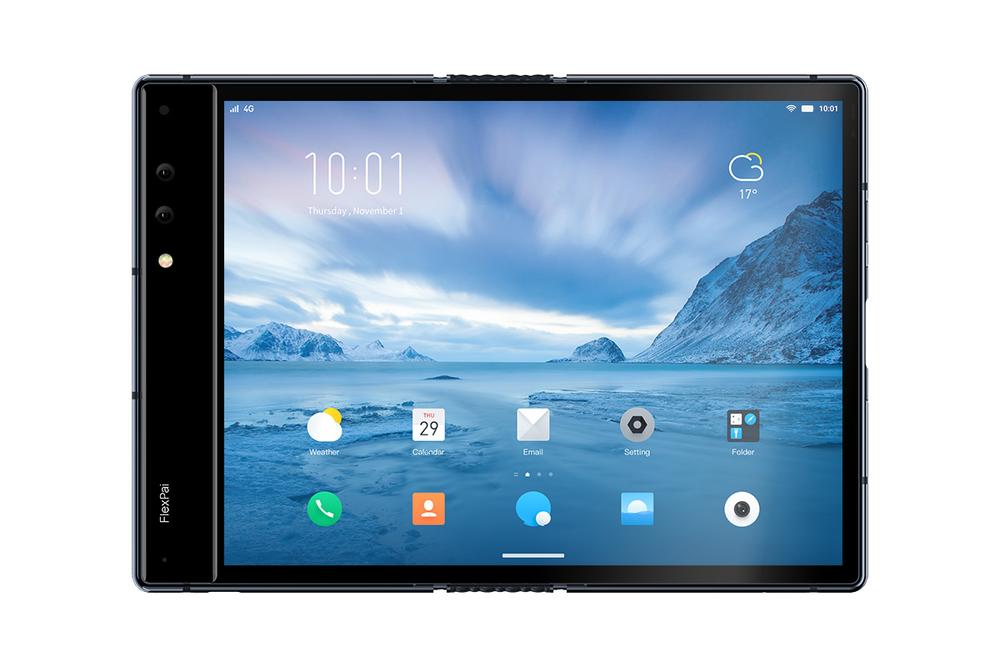 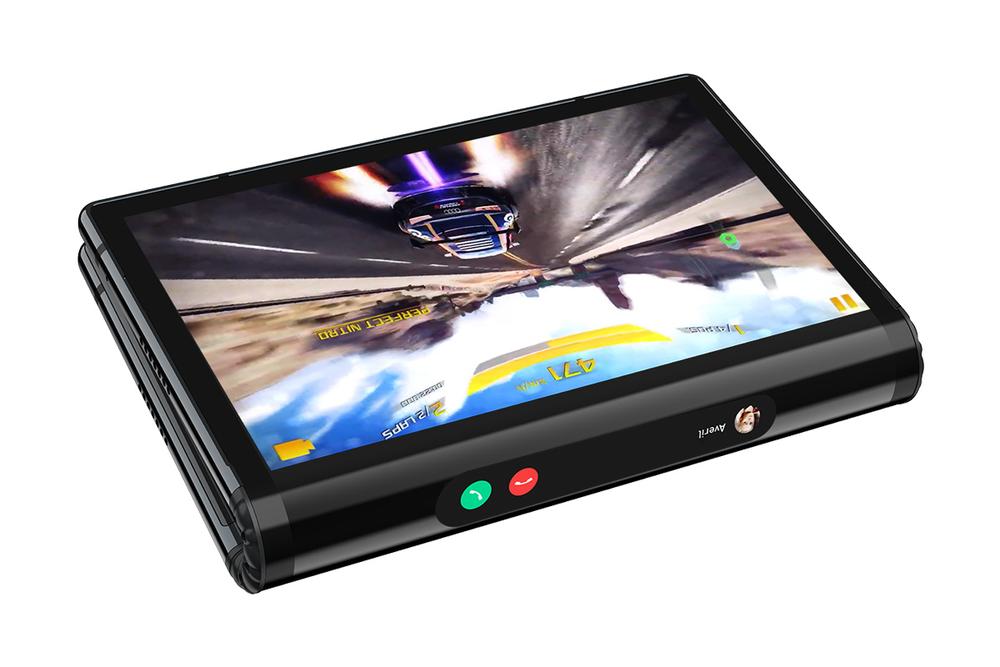 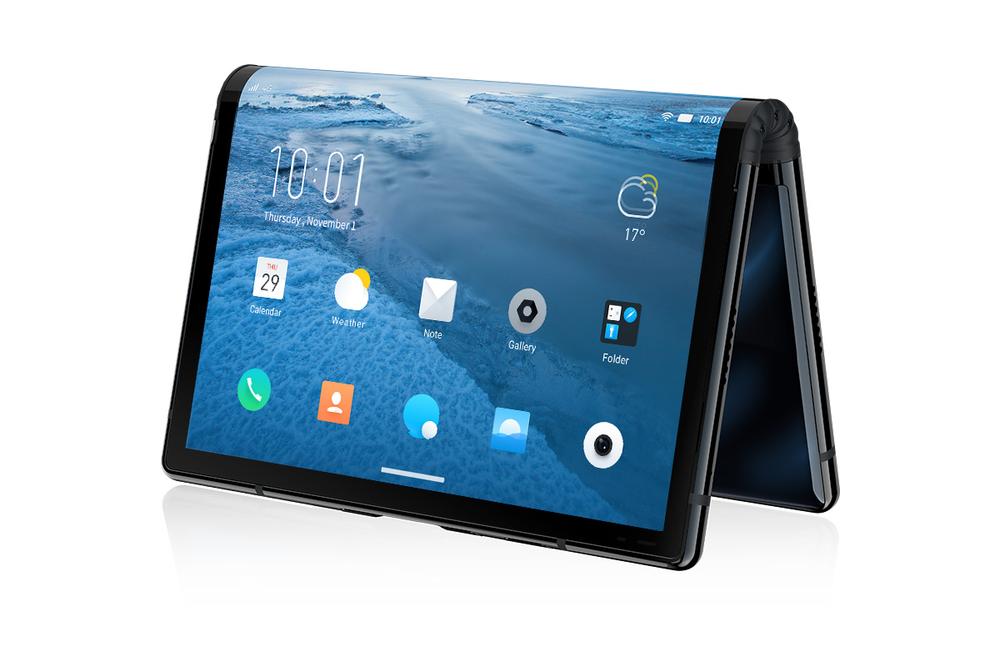 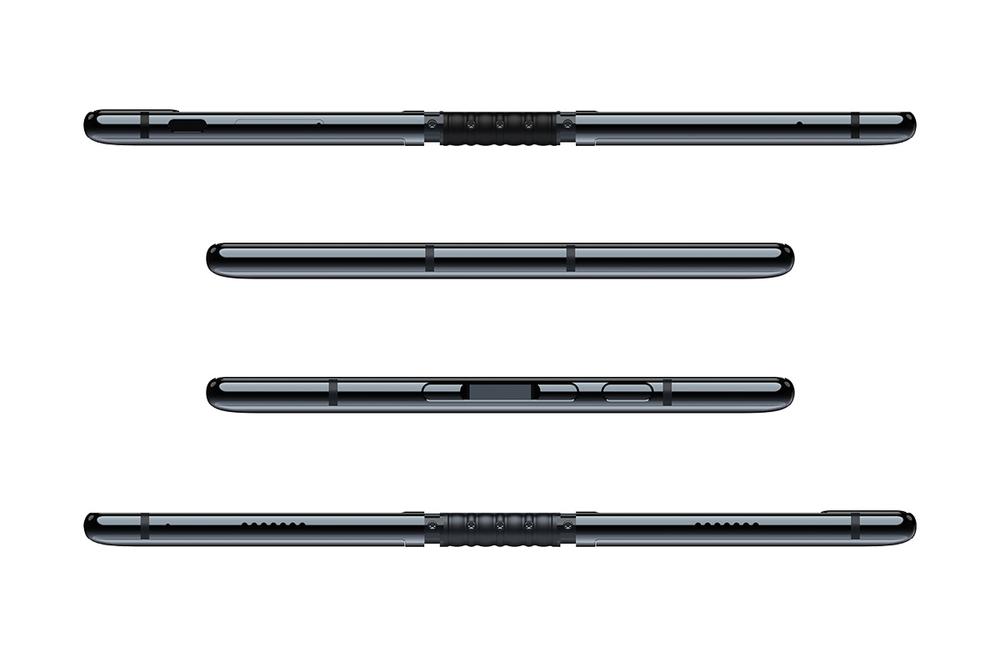 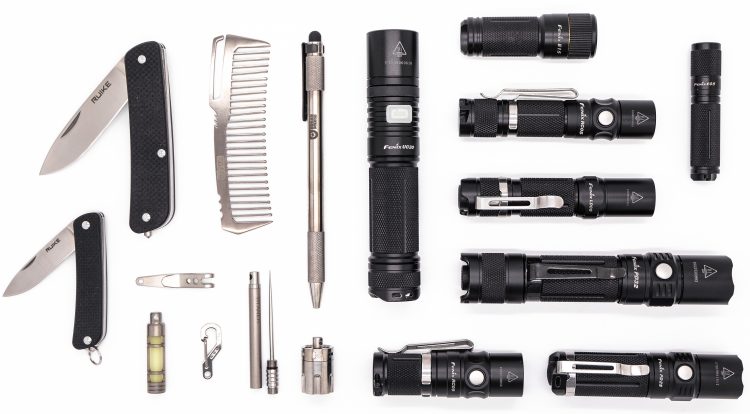 EDC, a.k.a. everyday carry, is a term you can hear more and more often today. However, the concept behind it has existed for millennia. In fact, it’s been around since the man was advanced enough in its evolution to have any tools.

When it comes to sound, we turn to Bose speakers. Bluetooth, water resistant, small, 360-degree uniform sound, portable...the Bose Soundlink Evolve. This is the best-performing portable Bluetooth speaker from Bose. Tired of those speakers that deliver uneven sound? Not with the Evolve. It delivers deep, jaw-dropping sound in every direction. Place it in the center of the room to give everyone the same experience, or set it near a wall and sound will radiate and reflect around the room. The speaker is ready to go anywhere you go.

The VW Atlas was only released last year, but it’s already a major hit here in the States. So it’s no surprise to see both a Cross Sport and a pickup concept being teased. Currently, VW has no plans to actually produce the Atlas Tanoak truck (we think it’s named after the California tree, but really have no idea), which is sad, really. It’s a beauty of a truck and seeing how much we already love VW’s, we’d love the chance to drive one into the desert.

Steger Mukluks Really are the Warmest Boots In The World

COMBAR Is The World’s Largest Multitool

Think multitool, and you undoubtedly think of that Leatherman or Swiss Army Knife in your back pocket. AClim8 thinks you should think of something just a little bit bigger and presents COMBAR as the alternative.

Many outdoor enthusiasts care about how sustainable their gear is – especially so when that gear involves down. Goose down is nature’s best insulator and a fantastic material, and where that down is sourced from is a major part of its quality and reliability. For those who care about sustainability, where the down is sourced is doubly vital.