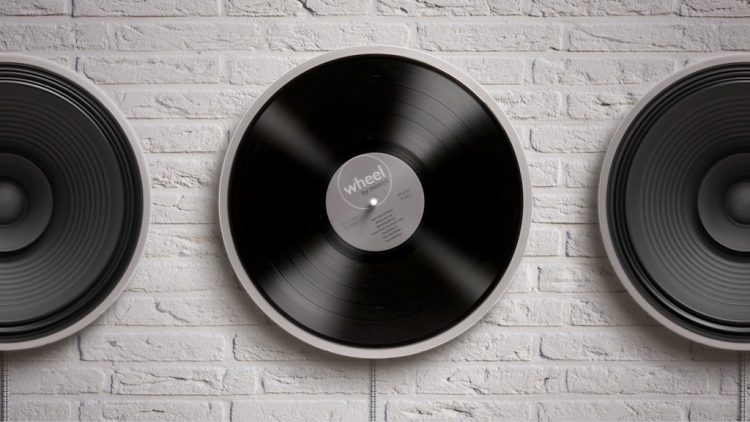 The Wheel Is the Minimalist Turntable We Want to Try Out

The Wheel is called The Wheel as it is, simply, a wheel. A spinning surface on which your vinyl lays. Unlike most turntables, it will actually play the bottom side instead of the top, as the arm is placed on the bottom surface. All the usual turntable controls (On/off, play/pause, volume, even next or previous track) are integrated into a single stick in the center console. Turn the stick, and you can control the volume to the headphone port.

The linear tonearm is built around a AudioTechnica AT95E cartridge, which is known for it’s rich sound, fidelity and clear detail. It’s also machined out of rich, brown mahogany.

The entire thing is also analog; the audio is sent from the tonearm to RCA ports, without any digital conversion for signal. You can toggle between phono and pre-amp with a switch, and there’s a headphone amp built-in, with a 3.5mm AUX output. To get the best sound, you’ll probably need to wire it to an amp or sound system. But that’s also when it sounds best – so why wouldn’t you? (Miniot also says you can attach a wireless receiver for Bluetooth speakers, if you prefer).

Best part: You can hang Wheel vertically and mount it to the wall or stand it upright in a stand. Something you definitely can’t do with most record players.

If you’re looking for a unique, high-quality and aesthetically minimalist turntable, Wheel is the way to go. It plays at 33,3 or 45 rpm as well. 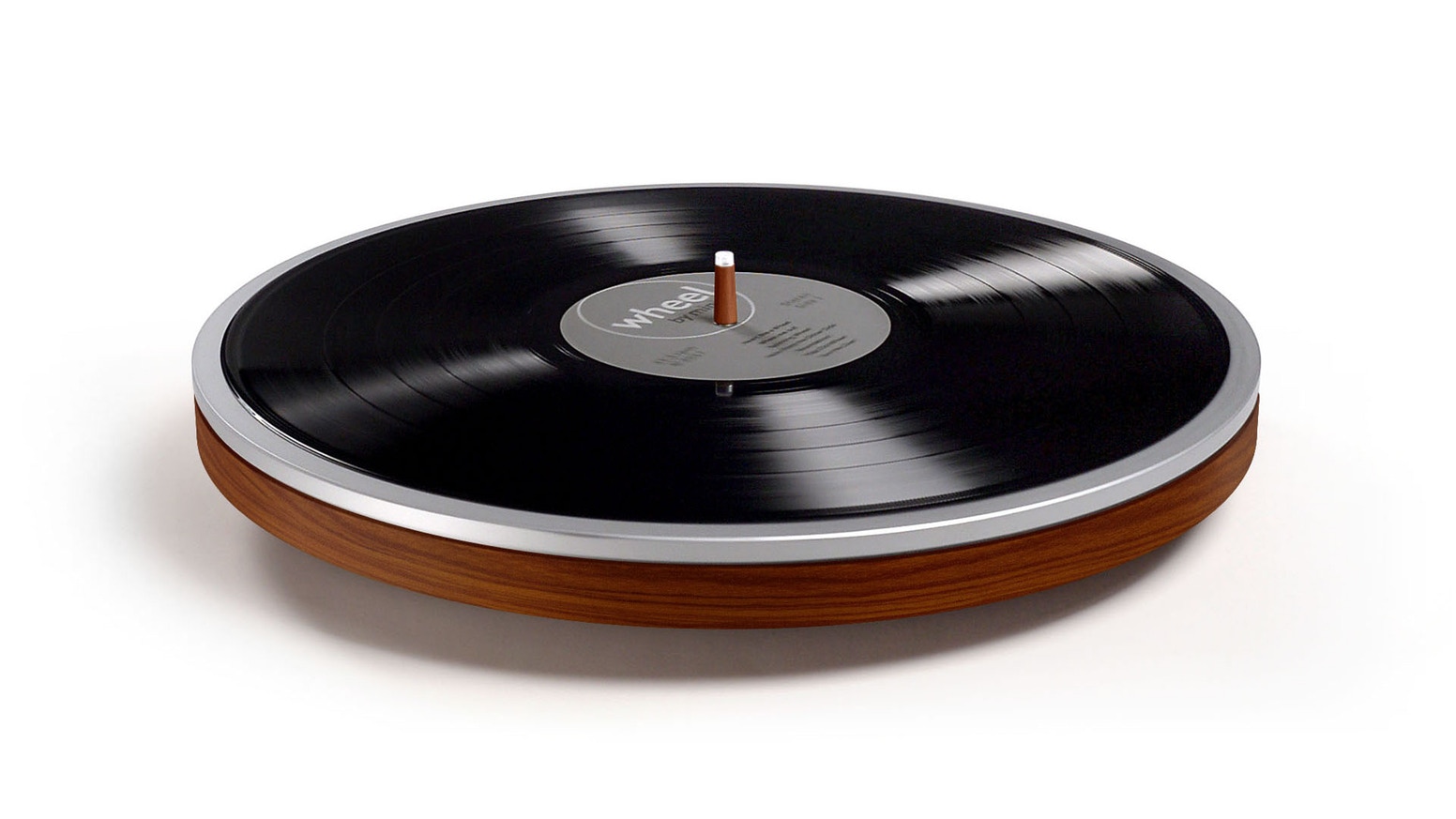 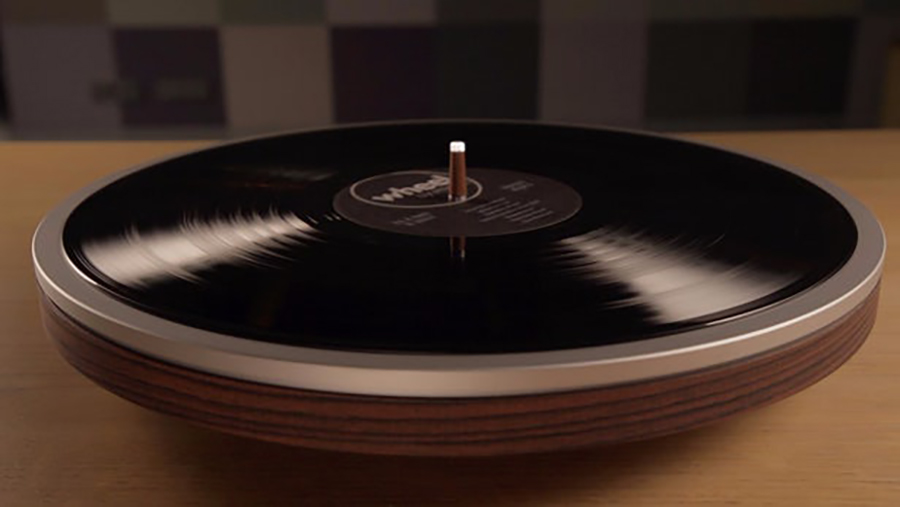 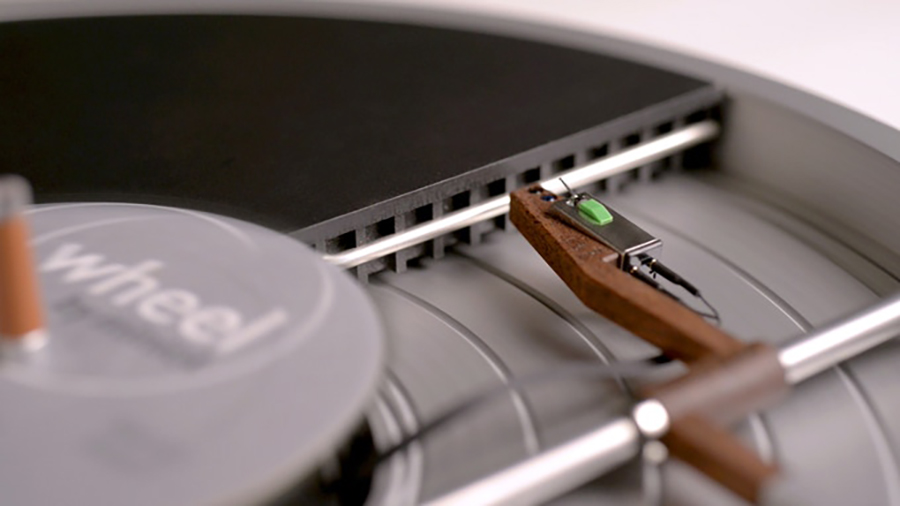 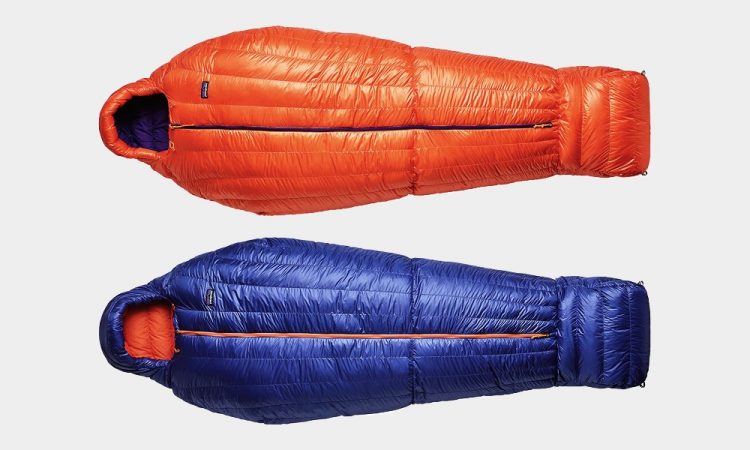 After 45 years of experience, Patagonia is now making down sleeping bags. At first glance, you may say these are the typical mummy style sleeping bags produced by many manufacturers. However, these have the Patagonia down technology and quality your would expect. Patagonia's new sleeping bags are the warmest, toughest, and lightest on the market. There are three models available: Streamline with a 30 degree/-1 degree C rating Three Season with a 19 degree/-7 degree C rating

Headlamps and handheld flashlights are great when on the trail, but around the campsite? You want something bigger, brighter and with a hook to hang it from.

This McLaren 720S Ride-On Is the SuperCar Your Kid Needs

The Minimalist Knife: Simple, Classy, Functional at Only 3.75 Inches

Sometimes simple is the best--well, most of the time today in our information overload society. With USA made The Minimalist Knife, that simplicity proves to the true. There are plenty of knives out there that have every tool imaginable on them, and that is a good thing sometimes. However, most of the time, all we need in our pocket is a tool that will provide a clean cut. That's why carrying The Minimalist Knife is something that can become your go-to everyday carry knife. The inspiration behind The Minimalist was the Japanese Higonokami, a simple friction folder pocket knife. Ken Tomita, co-founder of The Minimalist, sought to create a modern version of the Higonokami, thus the birth of The Minimalist. While most knives today have a minimum of 25 parts to the construction, The Minimalist has a clean 7 pieces. This is achieved by the creation of a unique single-body monobody handle which is custom machined from a solid block of metal. The sleek blade rests flush within the body of the knife so that there is no wasted space. Rather than incorporating the standard locking mechanism, The Minimalist uses friction and your thumb on the back of the blade to prevent the blade from closing. This feature requires careful use.

Yeti Is Releasing A New Panga Backpack and Water Cooler