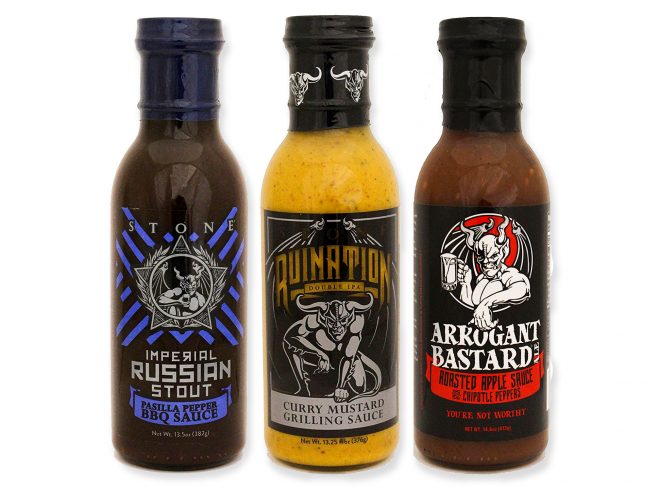 You’ve probably heard of Stone Brewing and their delicious brews out of Southern California. Did you know they make barbecue sauce? Yep. And mustard too. Stone Brewing Barbecue Sauce comes in several different flavors – Pasilla Pepper, Curry Mustard, Roasted Apple Chipotle, Levitation. And each of them features some authentic Stone Brewing beer right in them – Imperial Stout, Ruination Double IPA and Arrogant Bastard, respectively. There’s even Tangerine Express, named after their popular IPA, if you’d like some super tangy chicken on the grill.

They are made with all-natural ingredients (Levitation features some of that fiery Chile de Arbol, so be ready for some serious heat). Some flavors are even Scovie Awarding-winning. (The Scovie Awards are awards for Fiery Foods and Barbecue Sauces). So we bet their pretty good. Sounds like the perfect way to spice up your grilling and barbecue this summer if you’re a fan of Stone Brewing. Or if you really like beer and want to impart some of that taste on your food. Or if you just want a slightly different barbecue sauce with its own unique. Heck, these barbecue sauces sound delicious for anybody, except maybe BBQ purists.  Grab some of these with grilling season just around the corner. Maybe complement them with some of that delicious Stone Brewing Mustard. 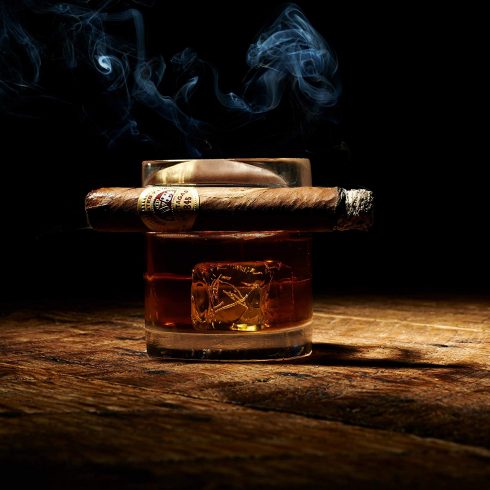 We’ve all been there; you need a place to put down your cigar, without dropping ash all over the place or burning a hole in your tabletop.

Outdoor, portable lighting usually takes two forms: flashlights and lanterns. But the Luminoodle adds another option - a five foot strip of LED lights that is portable and flexible, and sort of like Christmas lights but....much brighter. It is totally waterproof and dustproof, IPX6 rated. You can hang it from trees, wrap it around objects, or stuff it into the diffused storage bag that doubles as a lantern. There are sliding magnets, universal ties and a utility loop for hanging convenience, and when packed down it's roughly the size of a softball.

Car Camping is Cool, but car camping with a hammock is even cooler – and the McLean Metalworks Hammock Mount is probably the coolest method of hammock camping we’ve come across.

3 Shinola Leather Bags To Step Up Your Wardrobe

Shinola is a classy brand; one of the classiest, actually. All their pieces – from watches to headphones to briefcases capture a sense of unbeatable luxury and have the price tag to match. And while we could see ourselves splurging for any of those pieces, we’re most likely to spend our money on some of their leather bags and garments.

Want Your Own Goldfinger-Era DB5? Aston Martin Will Build One For You.

James Bond fan? Have you ever just really wanted your own DB5, straight out of Goldfinger? Then you might be in luck, as Aston Martin is going to build 25 limited replicas of the exact DB5 seen in the classic Bond film – as closely as possible, down to the Silver Birch paintjob - in partnership with Eon Productions.