Zarooq Sandracer 500GT: A Supercar On and Off Road 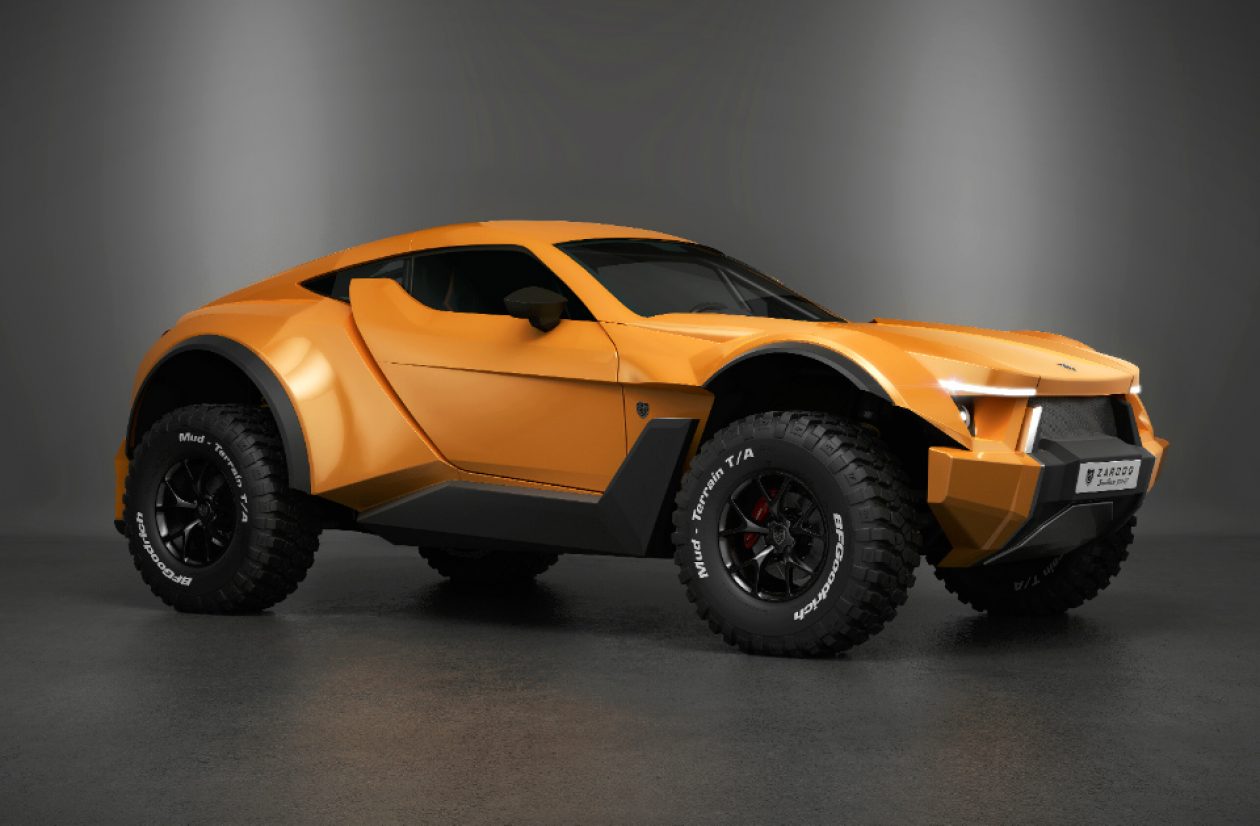 Zarooq hails from Dubai and Monaco (both cities where they know a thing or two about luxury), and hails their Zarooq Sandracer 500GT as a  “game-changing supercar born in the desert.” (In fact, Zarooq means “sandracer”, the fastest snake in the desert). And what they mean by that, is a totally rugged yet luxurious 4-wheel drive supercar that can take on the most challenging of terrain while still remaining entirely street-legal.

Sculpted from a lighweight carbon fiber body, the Sandracer 500GT weighs only 1300kg (2866 lbs), which is very light for an SUV it’s size. A roll cage is built right into the frame. It looks more dune-buggy-crossed-with-Batmobile than Ferarri. But don’t let that fool you: this thing is a serious piece of luxury. The interior is stitched from fine leather and carbon fiber,  made by German automobile maker Mansory. Under the hood is a 6.2-liter V8 Engine that puts out a solid 525 horsepower into a 5-speed gearbox, and can propel the Sandracer to a top speed of 136 MPH. That’s not quite Bentayga speeds, but respectable for an off-road SUV. The extra large tank holds 130 liters (34 gallons), and the car appears to be sitting on some extra large all-terrain tires.

The Sandracer takes on sand dunes and rocky terrain like nobody’s business, but is still fast and nimble enough for handling on the roads as well. There’s no word whether we’ll ever be able to see these things stateside, and each car is custom-built and quoted to order, but man, does it look fun,  and we can only imagine how much fun it would be out in the desert. 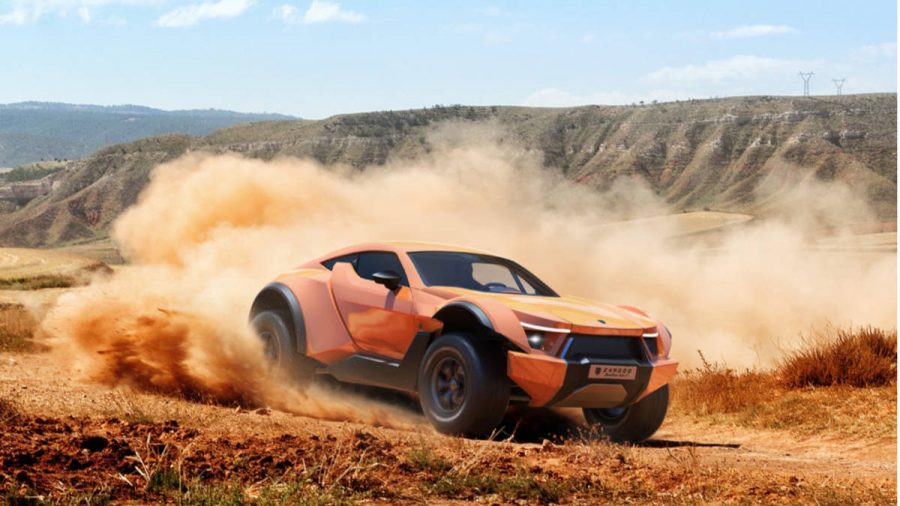 Hold A Charge With the RAVPower Luster Mini Battery Pack

Loopy Cases: The First Phone Case With a Loop to Stop the Drop