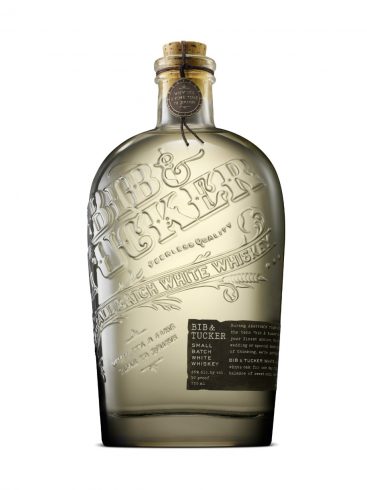 White whiskey has been gaining popularity over the past few years, and Bib & Tucker has just entered the game themselves with their own new white whiskey.

White whiskey? That exists? Bib & Tucker Small Batch White Whiskey is in a unique class in itself.

Yup, but if you had no idea it even existed, you’re not alone. You may know it better under the name “moonshine” – but made legally, and with a few key differences.

White whiskey has been gaining popularity over the past few years, and everybody from Jim Beam to Buffalo Trace has been getting in the game and introducing their own flavors of white whiskey. Yet, most people couldn’t tell it apart from a glass of vodka.

Whiskey is aged in barrels, which gives it its signature dark color and flavor. White whiskey is simply whiskey that hasn’t been aged, bypassing the oak barrel and heading straight for the bottle. (Technically, it sits in the barrel for up to 24 hours, or it couldn’t earn the honor of being called whiskey. 24 hours, however, isn’t enough to impart any color). Instead of the traditional, comfortably smoky beverage we all know and love, you get a clear drink with apparent grain flavor.

Bib & Tucker just released their new White Whiskey this Spring. Produced by 3 Badge Beverage Company out Sonoma, California, Bib & Tucker received high marks for their bourbon when they first released it in 2015, and their white whiskey looks almost as tantalizing.

The White Whiskey is a sweet spirit, and, like bourbon, is dominated by fresh corn, malted barley and dry rye. The taste has hints of maple syrup and pancakes, with hints of juniper and fresh vanilla rounding out the aftertaste.

All in all, it’s similar to regular whiskey, but much lighter in flavor. At the same time, it’s more powerful and flavorful than similar clear drinks, like vodka or gin.

If you’re looking to try something a little different, but aren’t ready to diverge too far from your drinking habits, grab a bottle of Bib and Tucker and try it out this evening. 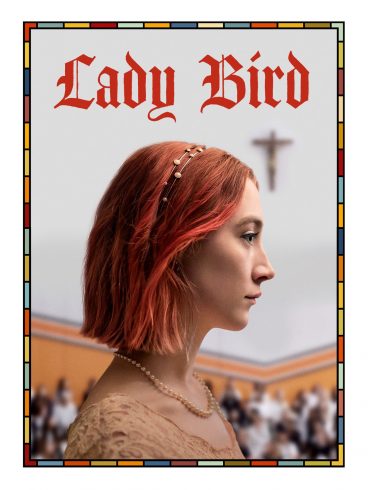 It's the season of movie releases! November 3rd marked the U.S. release of Lady Bird, the directorial debut of actor/writer Greta Gerwig. The film is a coming-of-age tale about Christine “Lady Bird” McPherson, a 17-year-old high school senior, searching for an identity while growing up in 2002 Sacramento. Gerwig admits the film is semi-autobiographical and draws from her real-life experiences to inform the hilarious and heartwarming story.

ZipStitch Wound Care Kit Needs to Be in Your Gear Bag

Sort of. Knowing proper first aid is an essential outdoor skill. You need to be able clean and dress wounds and other injuries when medical attention can’t get to you, and  in some cases, that could even require giving yourself stitches. A chore, which, to put it mildly, absolutely sucks. ZipStitch can make it easier.

Urban Operators Titanium Banded Toothpick – Can A Toothpick Be Classy and Functional?

This is truly a functional toothpick. Sure, a toothpick can be used for those "tooth" needs; however, this one can other uses. Think of all the possibilities: object that needs puncturing, fruit pick, punch, pick to reset those hard-to-reach buttons, etc. This is a perfect EDC product that will fit nicely into your wallet.

How to Choose the Best Winter Camping Tent: Focusing on Maximum Comfort

Did you know that camping ranked in the top 4 most popular outdoor activities from 2009 to 2016? 40.5 million people enjoyed the pleasures of camping in 2016 alone. This shows just how enticing the beauty and serenity of the great outdoors can be. As winter sets in and you're getting ready for your next camping trip, you'll want to consider your camping tent wisely. Let's take a look at how you can choose the best winter camping tent for your next campout.

There’s nothing worse than trying to spend a night in the woods only to find your tent has a hole in it and it’s going to rain, or your pack has ripped at the seams, or your down jacket tore, and the fill is falling out everywhere.