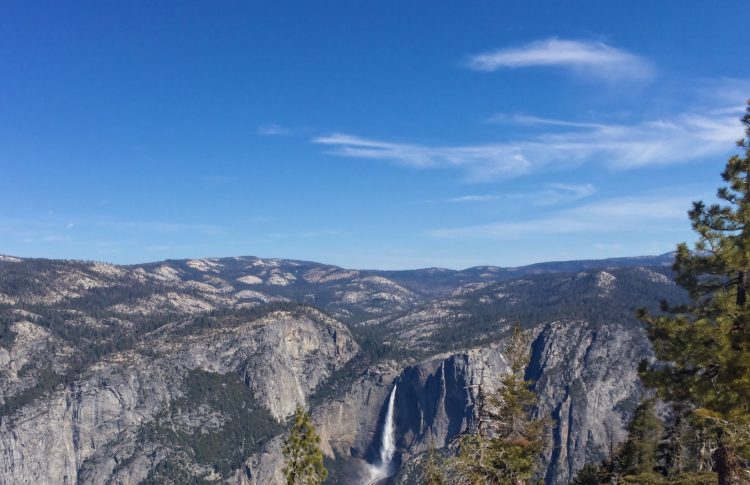 A Trip To Yosemite: Favorite Hikes In This Classic National Park

Forever associated with the famed naturalist John Muir, who declared “nearly all the park a profound solitude,” Yosemite is over 1100 square miles of towering granite monoliths, foaming, thundering waterfalls (including the tallest in North America, Yosemite Falls itself) and lumbering sequoia trees (such as the famed Grizzly Giant, standing sentry over the mountains, immoveable. Laying eyes on Yosemite Valley, framed by El Capitan and Half Dome, through Tunnel View for the first time is an experience like no other, guaranteed to have you hooked forever on the wilderness.  It’s spectacle enough to convert even the least-outdoorsy of us into a die-hard mountain adventurer.

When the opportunity arose to visit Yosemite for a few days earlier this month, we leaped at the chance. While snow often lingers well into the summer after a heavy snow year, snowpack this past winter was on the lighter side, and by the time we made it up there this May, there was little left; some snowbanks were found on deeply wooded hillsides that don’t get much sun, and there were a few muddy trails, but the rest of the park was clear and dry, warmed by that High Sierra sunshine.

May is, maybe, the perfect time to visit the park; the weather was in the 70’s and 80’s throughout the day, didn’t get too chilly at night, and while there were decent crowds visiting the Valley, the mob scenes so familiar in the summer were yet to materialize. You really couldn’t have asked for a better time to visit.

The vast majority of visitors to the park don’t venture far outside Yosemite Valley or from the incredible vista points of Glacier Road, but as it turns out, over 95% of Yosemite is designated wilderness, offering over 800 miles of trails and some of the most pristine hiking and backpacking in the lower Sierra Nevada. While you could spend days backpacking in the backcountry without seeing a soul, if you’d like to get the full Yosemite experience, you may need to put up with encountering a few.

From Yosemite Valley: Sublime Views, And The Crowds To Go With Them

At the bottom of Yosemite Valley begins the Four Mile Trail, which, in reality, stretches 4.8-miles from the valley bottom to the expansive, jaw-dropping (and yes, crowded) vistas of Glacier Point, 3,200 feet above. It’s not the most secluded and can be crowded during peak season. But it is strenuous enough to scare off most of the riffraff. And at the top, it offers breathtaking views of the Valley, Yosemite Falls and El Capitan almost the entire way, before opening up and revealing Half Dome at the top.

After reaching Glacier Point, you can fight with the crowds for a picture, before continuing other trails deeper into the wilderness and further from the crowds, such as down Illilouette Falls Trail, which takes you along a series of waterfalls that are at their peak gushing in springtime. You’ll get a glimpse of Vernal and Nevada Falls, North Dome (Half Dome’s little brother), and can then connect to the Mist Trail, which brings you down by Vernal Falls and down to the floor of Yosemite Valley for an epic, all-day hike that will leave your legs quivering – and you forever changed by the otherworldly views you just took in.

Another option for a challenging, exhausting but completely satisfying day hike, would be Pohono Trail, which stretches 13 miles along the south rim of Yosemite Valley from Tunnel View to Glacier Point, is packed with every viewpoint and vista you could ask for. It climbs over 3700 feet in those 13 miles and is strenuous and rocky every step of the way but pays for it with those incredible views.

Multi-Day Backpacking Treks – Away From The Crowds

Thankfully, for those of us who prefer to get off-the-very-beaten-paths and find something more solitary and a more, shall we say, outdoorsy-experience, Yosemite still has hundreds of squares miles of land on which you often find nary a stray dayhiker or tourist bus. Exploring all the backpacking trips the park offers would take years, but there are two we’ve done that stand out for us as hikes that are rigorous, fun and still-accessible, all at once.

For a real High Sierra odyssey, you could tackle the Lyell-Vogelsong Loop Trail, which ventures more than 34 miles starting from the Tuolumne Meadows Permit Station, through alpine meadows lush with wildflowers, ample alpine lakes, and towering views of the Sierra’s Cathedral Range. You’ll have the opportunity to camp out next to a lake or in a classic Sierra meadow. You could also opt to stay at the Vogelsang High Sierra Camp, which offers a place to sleep and hot meals prepared by chef, if that’s the kind of backcountry experience you’re looking for. (They are pricey, and a lottery system is in place for a bunk; you’ll have to apply at least the year before for a good chance).

Like most high elevation trips in the Park, you’ll probably want to wait until at least late June/early July to attempt this trail to avoid deep snow – which means that it can also be crowded during the summer. Go in September or October before the next snow season, however, and you’re in for a sublime high mountain experience like no other.

A significantly cheaper overnight trip that we have also done in the past is the 17-mile hike to Waterwheel Falls from the Glen Aulin trailhead.

For most of the way, this trail brings you along the lazy Tuolumne River, past Tuolomne Falls and White Cascade, among other waterfalls, through a vast, beautiful meadow that just screams classic Sierra Mountains.

Finally, you will reach the eponymous Waterwheel Falls – the main attraction along this trail. Waterwheel Falls is one of those rare waterfalls where the water sprays up in the air instead of down a cliff – if you ever seen one – thanks to a deep depression cut in the rock that sends water fighting gravity. These are dubbed – you guessed it –  a waterwheel.

During the spring or summer of a heavy snow year, the Waterwheel will be raging and spraying tons of water high in the air, making for an impressive sight and easy way to cool down after a long hike if you’ve brought your swimming gear (or if you just don’t mind getting a little wet). It wasn’t quite that hot on this expedition, so we just enjoyed the mist.

While the trail itself can get very busy during the peak season, late Spring is the perfect time for a short overnight, as the massive crowds hadn’t found their way in yet and few people were staying overnight. Of course, late spring is cutting it close when it comes to snowpack; there will often be plenty of snow at higher elevations, and Tioga Road, where you access Tuolumne Meadows, may not even open until late May or early June.

Such was the case when we headed up there this May, leaving a trip to Waterwheel Falls something to tackle later in the summer.

You’ll need an overnight permit and will camp out in one of the designated backpacking sites in Glen Aulin; if you like getting away from the crowds and having some space, as we do, head as far back in the sites as possible and choose the most secluded site open.

When we ventured here last September, there were plenty of places available, but during peak season, you will likely want to arrive as early as possible to take your pick of the prime camping available.

Falling asleep under the stars, in the cool mountain air, and waking up and cooking breakfast next to a roaring river can be rivaled by few other experiences. We spent some time on our last trip drinking coffee as the warm Sierra sun rose, and just enjoyed being high in the mountains.

The old cliché is that time seems to stand still in the wilderness and can seem that way when you’re surrounded by granite slabs that have sat there for millions of years old.

Which is good, because there’s a lot more of this park to explore, and we’d like as much time as possible to take it all in. However, even if you just need to hire a bus for your CA trip to Yosemite for the day, it is absolutely worth it to visit this breathtaking National treasure! 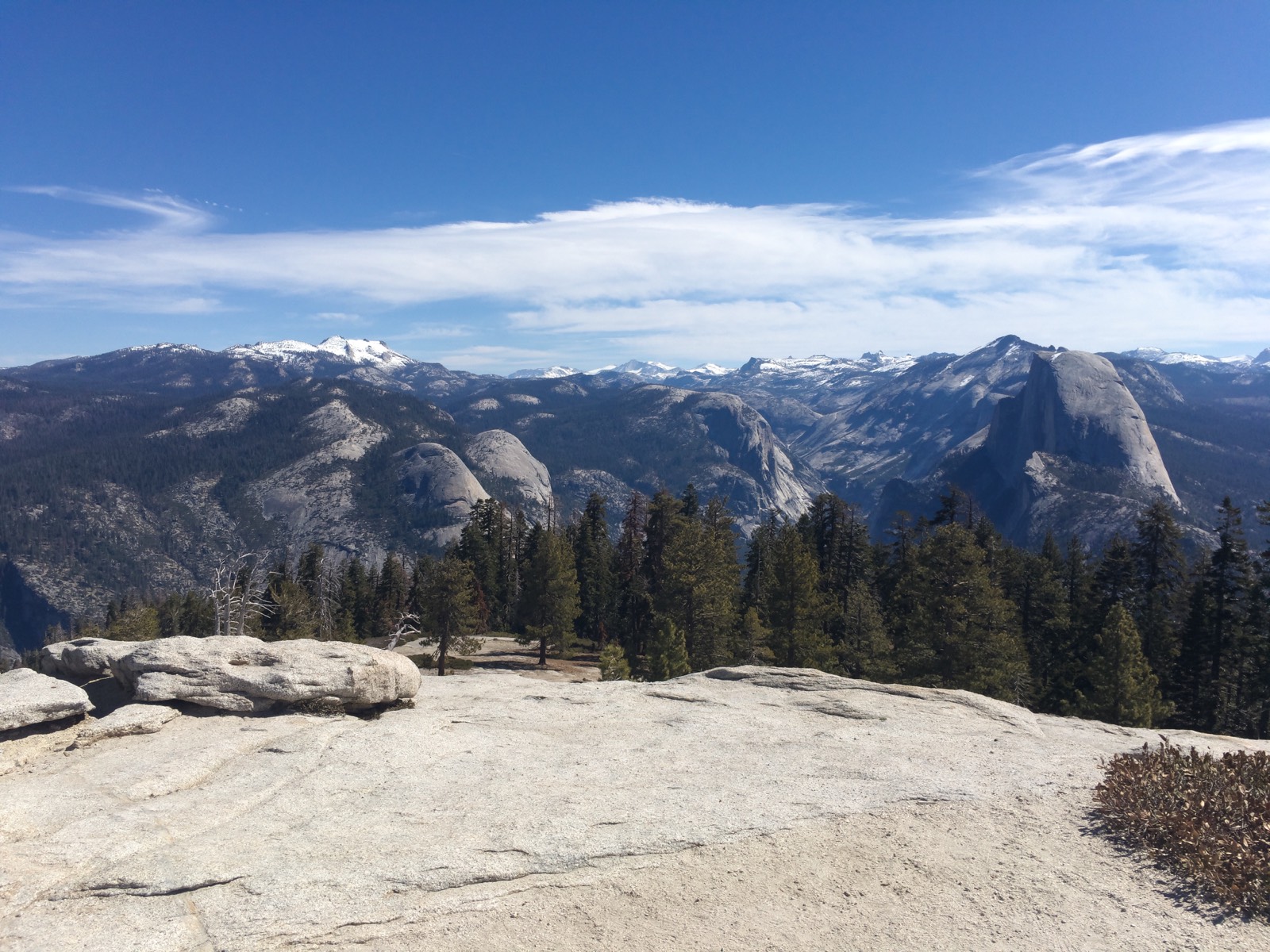 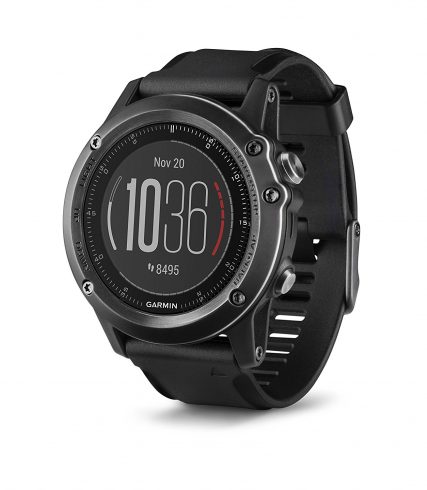 From trusted GPs maker Garmin comes the Fenix 3, a rugged, smart and versatile fitness smart watch. It’s one of the few devices that properly combines the best of a smart watch, a fitness tracker and a GPS, which are usually confined to their own niches. And instead of skimping out, as hybrids are wont to do, it delivers.

Stay Cool This Summer With The Iron and Resin Yuma Shorts

When the mercury rises, so does your desire to ditch long pants and climb into some lightweight, cool, comfortable shorts. The Iron and Resin Yuma Short might be just what you’re looking for.

sCarabane Camper: All You Need for “Bug-Out, Off-Grid” Survival

It's still in the prototype stage but with what we are seeing, it won't be long before it heads for production. Connect Green Cat Technologies' sCarabane Camper to your vehicle and you are ready to haul your luxury mini-home to your off-the-grid location.

LG OLED TVs Are the Best Money Can Buy: For the Serious Watcher

It's that time of year when a new television is on the Wish List of most households. Fortunately, prices of televisions (and all electronics) have tanked. If you don't mind spending a little more for the cinema quality, then you will want to look at LG OLED TVs. There is a reason why Consumer Reports continues to rank LG TVs as the best performers.

The jury’s out: There is no better way to start the day or pick yourself up in the afternoon than with a good cup of coffee – one made with good quality beans and an attentive, precise brewing process. And if you thought that high-quality coffee beans meant paying top-tier prices, think again; Coffee Bean Direct is offering some great beans at rock-bottom prices.