Being prepared begins with tactical knives. As Navy Seals or Special Force members, they need to work with equipment that is reliable, durable, and of the highest quality when deployed to some of the most dangerous and tricky situations.

So what do the world’s best Special Forces choose as their go-to tactical knives as they suit up to save the world?

While on a mission, armed forces will not only get into situations where they have to use rifles or other gear during combat. Sometimes, the enemy comes dangerously close. This calls for a reliable piece as a combat knife. But the Seals and Special Forces do not only need knives for self-defense but also for everyday carry situations when en route from their base camp.

Here is the ultimate list of knives these guys and gals from special forces around the world use for any situation that they might find themselves in:

The Ontario MK 3 is a standard Navy Seal knife.

It comes with a 6-inch fixed blade made of stainless steel and is a reliable and compact all-rounder that will do what it is meant to and never gets in the way of this elite group of soldiers.

While each one of them receives this knife as standard, each of the United States Navy Seals is allowed to carry their very own knife as well.

This knife is probably Britain’s most iconic dagger and has been used for decades by Britain’s Special Air Services. It became famous during World War II and has likely been one of the most influential fighting knives, so much so that the US tried to recreate and manufacture its very own version.

The Fairbairn Sykes is neither flashy nor looks like a modern military knife, but it’s legendary and indeed has proven itself to be an effective fighting knife.

The GIGN (National Gendarmerie Intervention Group) is an anti-terrorist unit in France that is always very likely to run into an unexpected situation or close-quarters combat, and for that, they have to be able to rely on their tactical knives which ideally do not just have a single purpose.

Therefore, the GIGN helped to design the Glauca B1 themselves. This knife features a custom blade, plastic handcuff cutter as well as a window breaker, which can come in handy when the door is no longer an entry option. You can definitely call this a bad-ass multi-tool.

While we know very little about what they are all about, we do know that one or two of them are really fond of working with the Karambit knife (or even two) in combat. The fixed blade is rounded and does remind us of more like a sheepsfoot than a point blade knife.

The roots of this knife are so old it’s actually hard to tell where it comes from, but it’s legendary for self-defense thanks to its ergonomic grip, which basically glues it to your hand.

This weapon which is centuries old, just like the Gurkhas that use it, is a forward-curving knife that allows chopping as well as slicing at an opponent in close combat.

The Gurkhas served the British Army before Indian independence, and only the best get to join this defense force: about 200 positions are awarded to about 25,000 applicants.

The fixed blade calls for speed as well as accuracy and is deadly when used correctly. You should neither mess with the Kukri nor with the men who use it.

Detachment One is a special Marines corps that was formed in 2003 to fight terrorism on a large scale; the Strider SMF was manufactured as the specific weapon for this unit.

It is a compact folding tactical knife in a titanium frame (which has quite the visual appeal), which is incredibly durable and robust, just like the military members wearing it.

Whether it’s hostage situations or SWAT team duties, the Ari B’Lilah is the Israeli’s counter-terrorism force’s best friend and reliable weapon of choice.

Specifically, designed according to the specifications of this special force, the knife with an extremely sharp fixed blade with two different sides is capable of basically anything, from sawing to close combat to striking a spark, etc.

Just like the Yamam have multiple uses, so does the Ari B’Lilah.

What could be more Russian than a knife that can propel its blade like a bullet several meters through the air towards the enemy with the push of a trigger? Exactly. The ballistic knife used by the Russian special forces is banned from non-military use in most countries, and we completely understand why.

This knife can handle close-quarters combat as well as hurt targets that are a little further away, perfect for a special ops unit that needs to take out the enemy quickly and quietly.

No wonder everybody is so terrified of Russian special forces – we surely are, simply based on their weapons of choice!

The Ka-Bar feels and looks like a classic American weapon because it is one.

This knife features everything the US Special Forces look for in their blades, as they are made for many purposes and not just to fight with. The leather sheath makes it very grippy as well as stylish, and its stainless steel blade is probably one of the most famous fixed knife blades in the world.

The Ka-Bar was not just used for killing and self-defense, it also works as an essential tool, with functions as a crate opener, wire cutter, and basically anything else you can think of that can be useful for a Marine on a mission.

Here is some further information on the most famous knives carried by some of the most top-secret people in the world.

What does an operator look for in tactical knives?

Military members will look for a knife that can serve them well in the difficult situation of physical combat.

The type of fight and technique usually determines which knife is preferred by the carrier, as special blades are better for slashing, while others are better for piercing.

Where can I buy the knives described above?

Most likely, if you are not a member of these special forces, you will likely only be able to purchase a replica of these knives. Sometimes, you won’t even be able to find a replica (at least not legally), for instance, in categories such as the ballistic knife.

The reason most of these knives are inaccessible to civilians is that they require special training, which most of us won’t even be able to go through for a week. Therefore, if you can’t do the training, don’t even try to have the responsibility of such a weapon on your shoulders.

What makes a knife a combat knife?

Knives have been used in close combat for thousands of years and were only cast aside for a short while during the trench wars at the beginning of the 20th century. Since then, they have become a new go-to weapon for most of the special forces as they fulfill many more tasks than just causing harm to an opponent in close contact.

These knives usually have a special level of tang, and the blades tend to be thicker than some other knives you might find in the kitchen, too.

A special grip that will make it harder to slip out of your hands and that can be used as a tool for several other situations is also the focus of combat knife designers.

There seems to be a knife for every special task force in the world, and they are as versatile as the missions that these people have to go on to serve their people day in and day out.

When these guys and gals are out there risking their lives for the greater good, they need to rely on weapons that can protect them against physical harm and assist them in successfully completing their tasks.

All of the knives we have introduced to you are as deadly as their owners and not to be underestimated. They come with impressive performances and prices, if attainable at all, but we would recommend sticking with your regular EDC pocket knife – just to be safe. 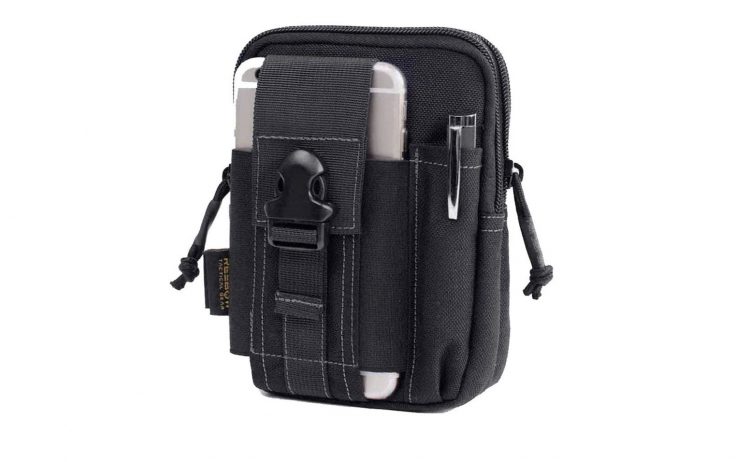 Best Affordable Smart Watches of 2019: There is Competition in This Area

Smart Watches have seen an explosion in popularity in the last few years. These multi-functional devices sit on your wrist like a normal watch but are connected to your smartphone. You can use them to check your notifications, messages, contacts, and make calls. Some allow you to monitor your heart rate, track your position, and temperature. The sheer amount of things to do with a smartwatch makes them extremely useful for people who are on the go and need a quick way to check your info.

When it comes to Allen Edmonds, the Strand and the Fifth Avenue seem to get all the love. But we firmly believe the Allen Edmonds Carlyle Oxford's are some of the best-looking shoes the company makes. These plain-toe oxfords are exactly that – plain-toe. But that doesn’t mean they’re boring.

Borden Wallace Grooming Products: Made The Way They Should Be

The Tecovas Large Leather Duffle Bag is perfect when you have light travel and don't want to carry an athletic-looking bag...pure class.

When someone tells you they just purchased a hybrid vehicle, you probably picture a Prius..And who wouldn't?  They've been the most recognizable and prominent of hybrid vehicles for a long time. but as we know, just everybody is throwing their hat in the ring these days, trying to prove that electric cars don’t have to be what your grandmother drives to the supermarket. The 2017 Acura NSX does a pretty good job at this.