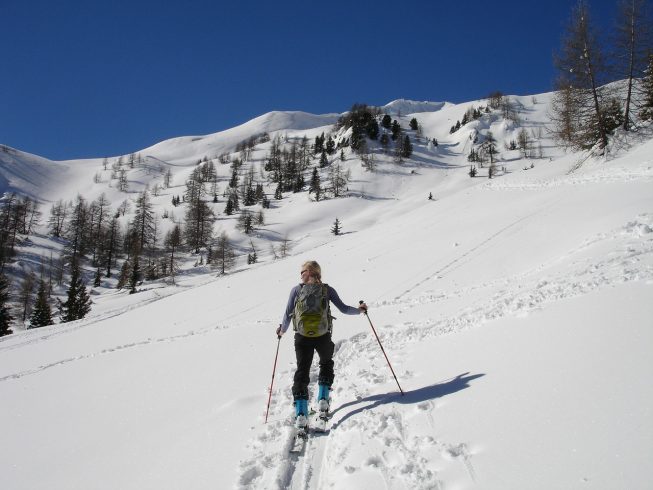 Winter is right around the corner, which means that it’s time to hit the slopes again. Many of the country’s best ski mountains just got their first real snow, and those that haven’t likely will soon. And while there are certainly plenty of epic mountains out there to choose from, and a whole network of sweet resorts to hit up, if you’re like us, you might find yourself wishing to ditch the crowds and find some slightly-less-popular ski spots the next time you venture out in search of powder.

Winter is right around the corner, which means that it’s time to hit the slopes again. Many of the country’s best ski mountains just got their first real snow, and those that haven’t likely will soon. And while there are certainly plenty of epic mountains out there to choose from, and a whole network of sweet resorts to hit up, if you’re like us, you might find yourself wishing to ditch the crowds and find some slightly-less-popular ski spots the next time you venture out in search of powder.

It’s not that you hate people, of course, it’s just that mountains can get pretty crowded, especially when we’re all trying to get some runs in on the same limited vacation days. And to do your best skiing (or snowboarding), you sometimes need a bit more space.

So with that in mind, here are 11 awesome ski mountains that you’ve possibly never heard of, or at least aren’t as well known as some of their counterparts. Some are here in the US, while others can be found abroad. All are ready for serious carving.

11 Awesome Ski Spots To Try Out This Winter This list wouldn’t be complete without a few spots in the Alps, so we’re gonna go ahead and mention this one right away. Kleinwalsertal is located in Austria, within striking distance of the Bavarian border, and actually has no road connections to the rest of Austria; you can only access it by taking the main highway from Germany.

Kleinwalsertal doesn’t get the same crowds and traffic as many places in the Swiss or French Alps, but is well known in its own area as a hiking and skiing destination. Since it’s so close to the border, it’s even connected with Oberstdorf, the resort on the German side. There’s a vast network of trails and slopes running between the two, allowing for ample skiing you won’t tire of.

New Mexico is definitely not on most people’s lists of ski locations, but don’t let that fool you; much of the state is at pretty high elevation and there are some epic slopes in need of checking out. Taos is over 8000 feet in the air, in the Sangre de Cristo Mountains, making it a good deal cooler than the surrounding desert. As a result, it has some of the best champagne powder in the West. It’s also much less traveled than the Colorado Rockies to the north, making it a bit better on the wallet, and provides a unique resort experience; you’ll see adobes before you see your traditional ski lodge.

Jackson Hole is a well-known destination, but Grand Targhee isn’t far away, located right across from Grand Teton. It doesn’t have the crowds that Jackson does, but does get over 500” of snow annually, has tons of epic slopes with expansive views of the Teton Range, and plenty to do around the lodge. It’s also not too far from other popular destinations, like Sun Valley, if you ever feel like making a trip up there.

If avoiding crowds is your priority, then Schweitzer is where you should be headed. Located above Sandpoint, Idaho, Schweitzer offers over 3000 acres of skiing terrain, 11 lifts and a variety of slopes for skiers of all difficulties, making it a good destination for the whole family. Even when it’s a low snow year, they have ample snowmaking capacity to keep the slopes ready.

Also, Alaska Airlines currently has a unique promotion: Fly there via Alaska, and you can ski free that day by presenting your boarding pass. That’s a neat deal. 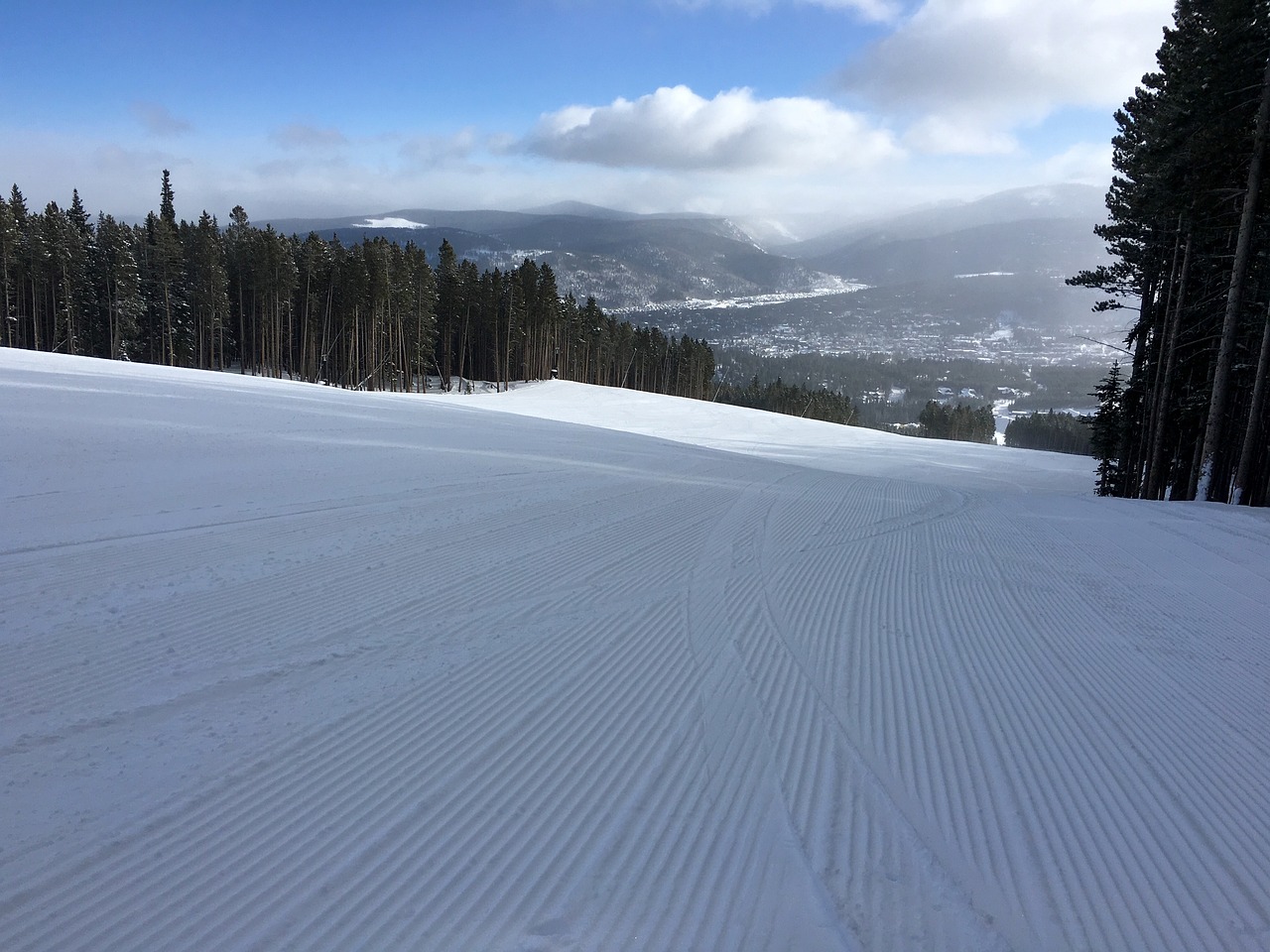 Located near Pagosa Springs, in the Rio Grande National Forest, Wolf Creek has slowly been gaining some steam, mainly as an alternative to the more crowded Aspen and Park City-style ski towns to its North. For that reason, we wouldn’t be surprised if it doesn’t remain a place “you’ve never heard of” and off the beaten path for long, but for now, it’s a relatively uncrowded and budget-friendly location for getting some powder in. It’s certainly not as fancy as the higher-end ski resorts and is more likely to be populated by locals than tourists. You wouldn’t have it any other way. 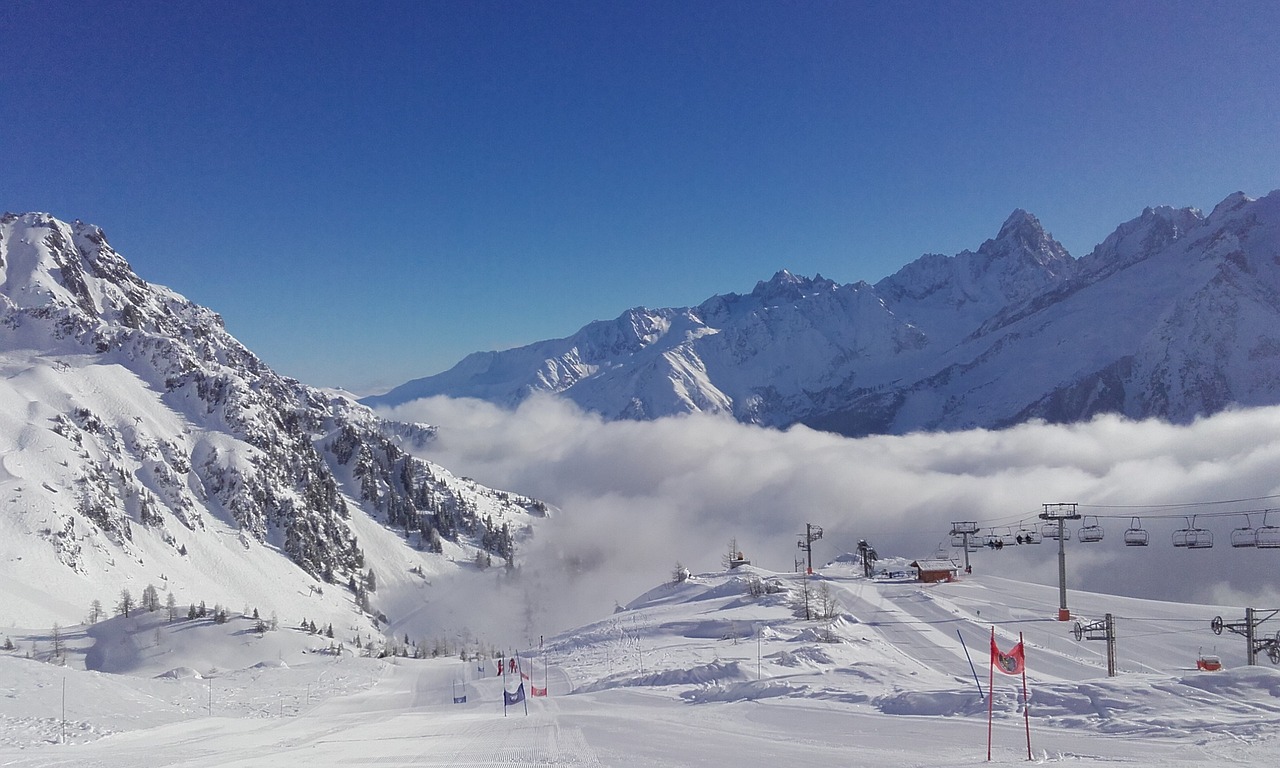 For something quaint and very far off the beaten path, head to Le Grand Bornand, located in the Alps of southeastern France. The small town keeps its original village atmosphere, and never ventures into touristy, resort-type stuff. But the skiing is just as good, with over 55 miles of trails on the slopes and what tends to be very dry powder. You can actually ski on virtually every side of the mountain, so you can ski from sun up to sundown without venturing into the shade. When you’re done for the day, relax by indulging in some of the local gourmet delicacies.

Located in the Pyrenees, this is probably the most unique of the locales on our list. It’s the largest and most visited ski resort in Spain but is a deal relative to many of its Central European counterparts. The strategic location – on the North and West sides of the Pyrenees, at elevations up to 8200’ – ensures it receives plenty of moisture throughout the year, as it comes in from the Atlantic. The result is plenty of snowfall from November to April. There are 99 pistes of different difficulties, some with plenty of tree cover and plenty without. And when you need to relax, you can spend some time exploring the many villages throughout the rural Pyrenees, with their unique culture and architecture.

Mt Rose is a much-less-crowded alternative to Tahoe for those on the Nevada side. It may not get as much snow, either, being located on the Eastern side. But, less than 30 minutes from downtown Reno, it’s one of the easiest-to-reach ski spots of all, and, while certainly popular in winter, avoids the price tags and crowds that usually define Tahoe skiing. The main draw here is The Chutes, a super steep, 15-foot long ski run with pitches anywhere from 40-55 degrees; it’s an exhilarating experience, literally within sight of downtown.

If you really want to get off the beaten slope in search of good ski spots, head to Mad River Glen in Fayston, Vermont. Owned an operated by a cooperative, the trails on Mad River Glen are never groomed, do not allow snowboards, and purposely minimize the use of snowmaking. Instead, you get pure, raw Green Mountain skiing, often lauded as the most difficult on the East Coast; the mountain has over 2000 feet of vertical drop. There are 51 trails, some harder than others, but all of them thrilling and emphasizing natural snow on narrow trails. And, since it’s not Stowe, it’s a bit more affordable. It even has a single-chair lift that’s known throughout the country as one of the few left. 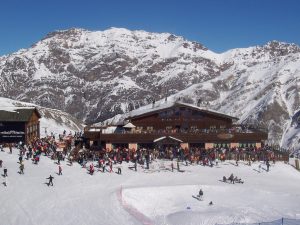 If you’re like us and tend to forget that a serious chunk of the Alps are located in Italy, you should look at Livignio if you ever get the chance to ski abroad. Located at almost 6000 feet in elevation, it’s a cold place, but one that receives over 371 inches of snow a year, spending most of the year covered in cold, dry powder perfect for carving up those Alpine slopes. And if you enjoy a bit of shopping, Livignio is one of the few areas in the EU where there is no VAT applied to purchases – a nice perk that might allow you to take home some new winter gear. Oh, and the skiing is pretty great too; winter sports are taken pretty seriously here, and the area produces many world-class skiers and competitors. 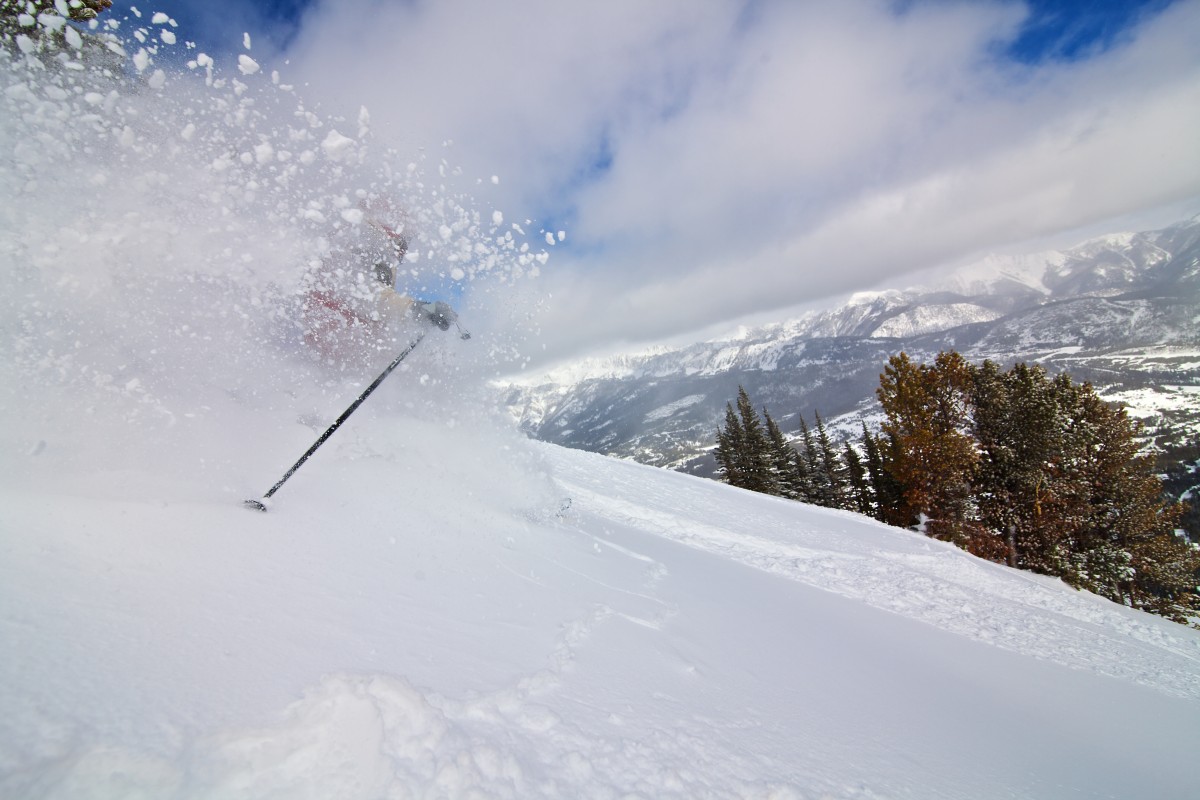 You don’t need a resort or groomed trails. You don’t even need a ski lift. You just want to ski across the backcountry without seeing another soul. In that case, head to Cooke City, Montana, located not too far from Yellowstone National Park. Here, you’ll find some pristine, untouched mountains perfect for backcountry skiing, all within shouting distance of the town. Just suit up, strap on those skis and head out; some of the most wild ski spots you’ve ever seen are right at your fingertips. 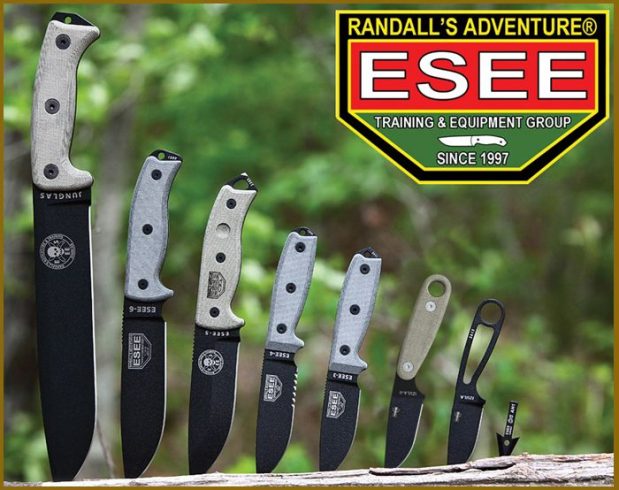 Do you consider yourself an outdoorsman? If so, you probably carry your best survival knife on every hiking, fishing, and camping trip. You know it comes in handy for everyday outdoor tasks, and more importantly, it can make all the difference in the event of an emergency. Have you recently decided to upgrade your survival knife?

Filson Ridgeway Fleece Jacket: Lightweight and Breathable, For Any Weather

The Lazareth Flying Motorcycle is Actually Real. Sort Of.

The Smartest Doorbell in the World: Eques Veiu, Control Your House From the World

There is no doorbell on the market like this! Sure, there are camera-enabled doorbells but the Eques Veiu Smart Doorbell has "bells" and whistles like no other. You can protect those things that mean to most to you with peace of mind. You have the ability to keep an eye on your home through an in-house monitor as well as a smartphone app. Another attractive feature of the Veiu is there are no monthly cloud storage fees, your only expense is the hardware. The Eques App is available as a free download from both Google Play and the Apple App Store.

Is Causey The Most Underrated Paddle Spot In Utah?

If you haven’t yet made the leap to a stainless-steel water bottle, you really ought to. You’ll be able to say goodbye to funky plastic smells and the possibility of chemicals leaching into your water, and your bottle will become much more attractive in the process.