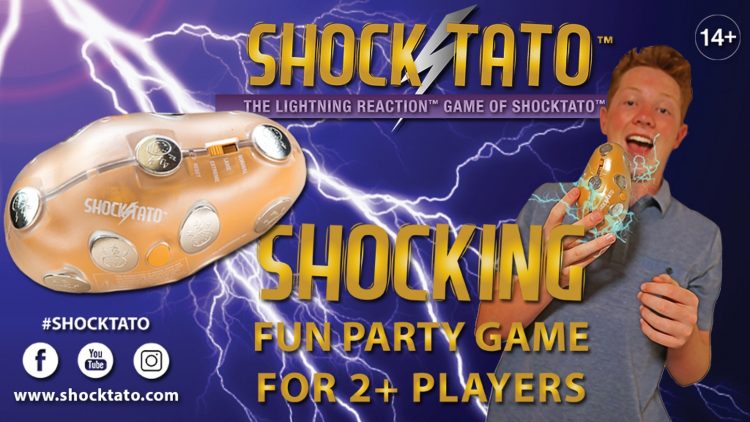 Shocktato Party Game: Not Mr. Potato Head By Any Means

It's party season and you definitely want to add the Shocktato Party Game to your game collection. All those trivia games have been around and get to be rather boring. Liven up any party with Shocktato. Tell your family and friends you are bringing the Hot Potato game for the party---then watch the sheer excitement when you pull out the shocking potato.

It’s party season and you can play checkers or the boring trivia game at your parties OR you can create havoc with the Shocktato Party Game! Liven up any party with Shocktato. Tell your family and friends you are bringing the Hot Potato game for the party—then watch the sheer excitement when you pull out the shocking potato.

This is like musical chairs but with a “little shock” to it. The objective of the game is to pass the potato as fast as you can while the music is playing. If you are caught with the potato when the music stops, BAM! You receive a jolt from the Shocktato’s patented shock feature. The fun begins when the first shock is delivered, unexpectedly. To really surprise your guest, start in the Lame Mode. There’s no shock. After a few rounds, flip the potato to the Extreme Mode and watch the fun begin.

To mix it up, the Shocktado Party Game has 3 game modes:

Then the best feature is the Prank Mode. Select the unsuspecting person who thinks he/she is all that.

The potato is the size of a regular Idaho potato, making it the perfect fit for everyone’s hands. Plan the party (for ages 14 and above) and be the shock of the party. 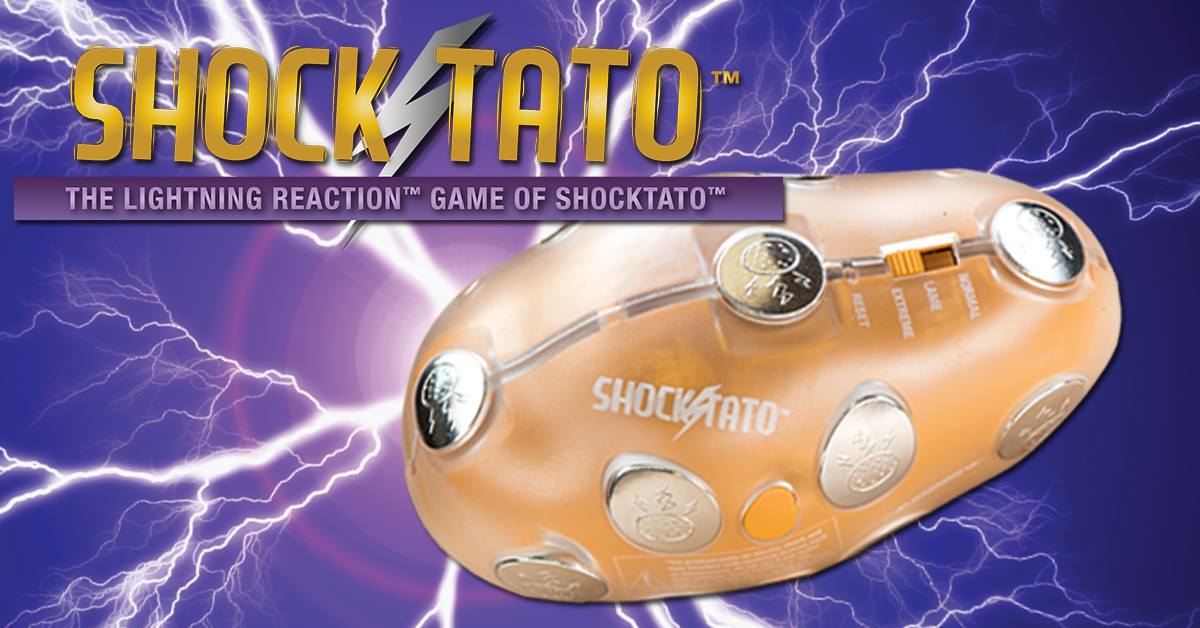 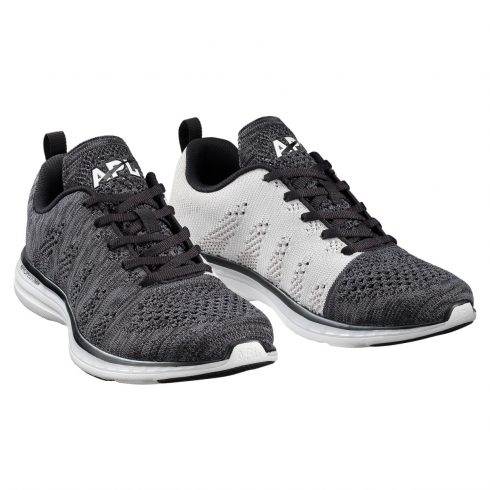 Declaring a single brand of sneakers or athletic shoes as the best is to throw down some fighting words; everybody’s got their fanboys (looking at you, Nike and Adidas), and some people aren’t too keen about letting other brands vie for the title. But that doesn’t mean there isn’t room for other brands to try, which is what Athletic Propulsion Labs is doing with the Techloom Pro, their high-tech, high-end trainers.

The Otterbox Yampa Is This Year’s Best Tough Duffel

When Otterbox started making coolers, it was a big move for a company best-known for their phone cases. But they quickly proved that they know what they are doing – and the Otterbox Yampa is the next piece of proof in that equation.

BackCountry Is Now Making Their Own Outdoor Gear

You may have noticed that Backcountry.com recently released their own line of outdoor gear – everything from outdoor clothing to tents and sleeping bags. There will even be some casual, urban-theme clothing for wearing off the trail and around town, all sold under the (very fitting) line name Backcountry.

Smartwatches may be the cool thing right now, but maybe smart rings are the way of the future. At least, that's what ORII is hoping, with their new smart ring, a much more subtle, sleek and unobtrusive way to carry a smart device on your finger and with you at all times.

When you first pick up and try on a Taylor Stitch Heavy Bag Tee, the first thing that will probably occur to you is exactly how thick, soft and comfortable it is. This isn’t your usual t-shirt. Nope, it’s not even a t-shirt you would get from a slightly-upscale clothing company.

We love listening to music on the go as much as the next guy, but sometimes, it’s nice to just relax to some tunes at home with a glass of whiskey in hand. And for those times, you need a good pair of bookshelf speakers – like the Audioengine A2 Black 2-way Speakers. Perfectly sized to fit on any bookshelf or desk, the Audioengine A2’s are versatile and compact powered speakers meant for use with computers, phones and even turntables. have an RCA input, as well as an output for subwoofer in case you desire some extra bass. There is also a built-in Digital Analog Converter (DAC), which converts digital audio signals straight from your PC to crisp sound audio.

Are Steger Mukluks Really The Warmest Boots In The World?