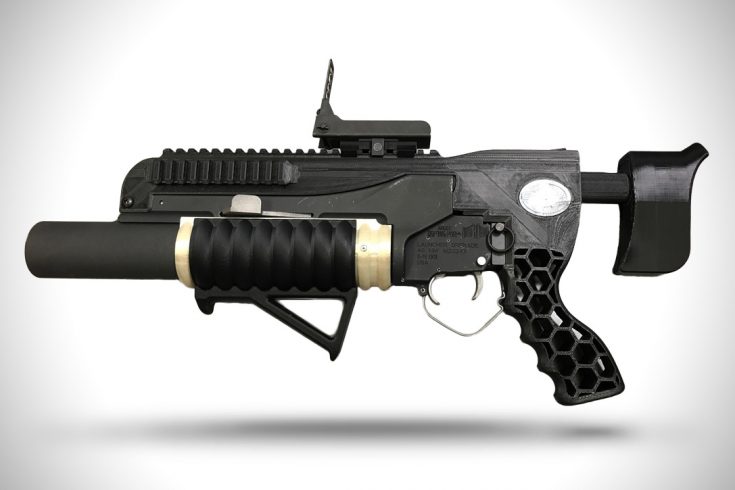 No, this isn't a joke even though it sounds sci-fi. This is a serious grenade laucher built by a 3D printer. The RAMBO is a fully functional 3D-printed grenade launcher. It was dreamed up and built by the U.S. Armament Research Development and Engineering Center, also known as RDECOM. The barrel and receiver of the Rapid Additively Manufactured Ballistics Ordnance (RAMBO) were printed from aluminum using a special direct metal laser sintering process.

No, this isn’t a joke even though it sounds sci-fi. This is a serious grenade laucher built by a 3D printer. The RAMBO is a fully functional 3D-printed grenade launcher. It was dreamed up and built by the U.S. Armament Research Development and Engineering Center, also known as RDECOM.  The barrel and receiver of the Rapid Additively Manufactured Ballistics Ordnance (RAMBO) were printed from aluminum using a special direct metal laser sintering process.

You may ask why is the Army trying to forge their way into the world of weapon printing? According to the military, it is out of a desire to save time and money when prototyping a weapon. It normally can take years to move a weapon from concept to a finished, battle-ready product. Using this 3D printing process, it only took the military 6 months to perfect this weapon. That isn’t all RDECOM is working on. This same weapon has also fired off 3D printed ammunition. While it isn’t quite perfected yet, the team behind the project feels like they’re pretty close to making those 3D-printed bullets and grenades a reality as well. 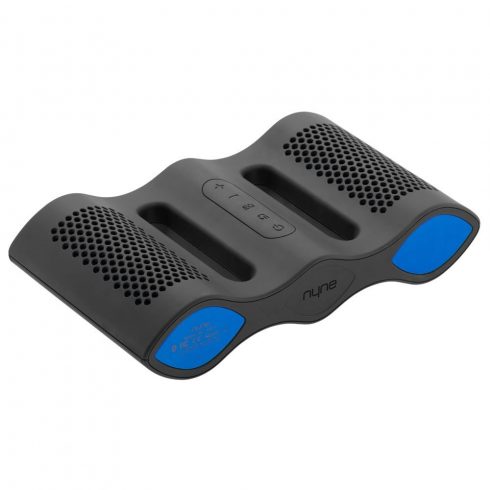 Bourbon lover? You may want to keep an eye out for the Buffalo Trace Antique Collection, a series of 5 bottles of different ages, proofs and flavors. Buffalo Trace hails from the heart of Bourbon Country, has over 200 years of whiskey history, and their original Bourbon keeps snatching up awards all over the country, winning a Double Gold Medal at the New York World Wine & Spirits Competition this year, as well as the 2017 Gold Medal at World Whisky Masters.

Sony has just announced their newest mirrorless camera, the Alpha A7R III, the newest upgrade and successor to the A7R II. The new model features a Full-Frame stacked, Exmor R CMOS sensor, with an impressive 42.2 megapixels. They've given it some new additions, such as gapless microlenses and anti-flare coating, as well as the latestBIONZ X image processing engine; as a result, they've got processing speeds of up to 1.8 times faster than the A7R II.

Should You Buy the Primus Trailbreak Thermos Bottle?

Got a thirst for adventure and taste for timeless style? Bradley Mountain is for you. This team of seven guys is located in San Diego, where they handcraft each and every one of their flagship bags, outdoor gear and home goods – timeless pieces of leather and canvas inspired by adventure and a time gone by.

13 Best Sport Climbing Gear That Only the Pros Know