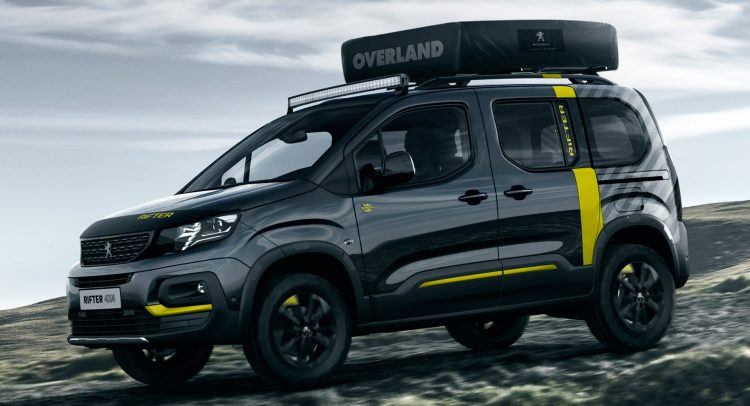 If you haven’t heard of French automaker Peugeot, we can excuse you, seeing as how you can’t get any of them in the States (as far as we know). But this Peugot Rifter Adventure Van concept they’ve just announced looks promising and worth checking out. Compared to a lot of American vehicles, it seems a bit small, but by European standards, this is a vehicle built for adventure.

If you haven’t heard of French automaker Peugeot, we can excuse you, seeing as how you can’t get any of them in the States (as far as we know). But this Peugeot Rifter Adventure Van concept they’ve just announced looks promising and worth checking out. Compared to a lot of American vehicles, it seems a bit small, but by European standards, this is a vehicle built for adventure.

It’s got a 4-wheel drive system with a 3.5” lift, powered by a 130-horsepower, BlueHDi engine with 221 lb-ft of torque, channeled into a 6-speed gearbox. All-terrain BF Goodrich tires are included, and there are three driving modes: 2RM mode, which is regular front-wheel drive mode for everyday use; 4RM, where the transmission powers the rear wheels in case of loss of motor function; and Lock mode, which locks the rear axle and is useful for off-roading and crossing bridges.

On the outside, there’s a sweet 1.35m-wide strip of 100 LED lights, putting out a total of 300W. And on top of the car is an Overland tent, created by Autohome, which means you can set up and camp out under the night sky wherever your Rifter takes you. The mountain bike in the photos is even included – an PEUGEOT eM02 FS Powertube electric mountain bike, with a battery integrated in to the frame and a double suspension.

When they said this van was built for adventure, they weren’t kidding.  There’s no mention of when (or if) it will enter production, or what the Peugeot Rifter will cost when it does. But if it does, you can bet we’ll in line to test drive one. 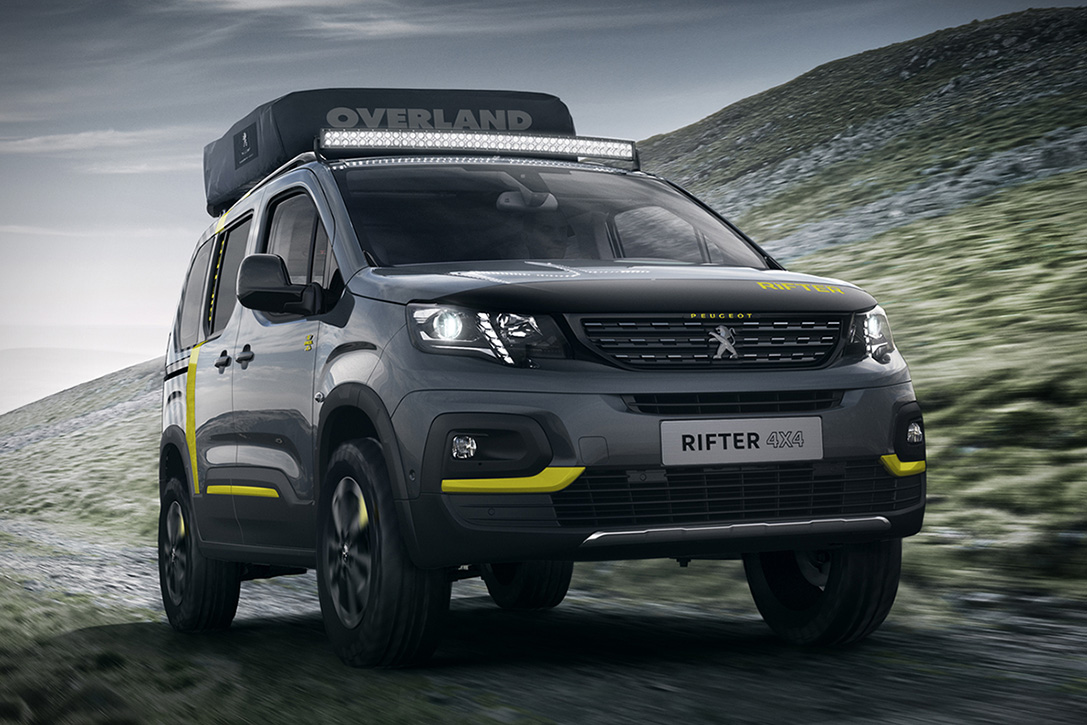 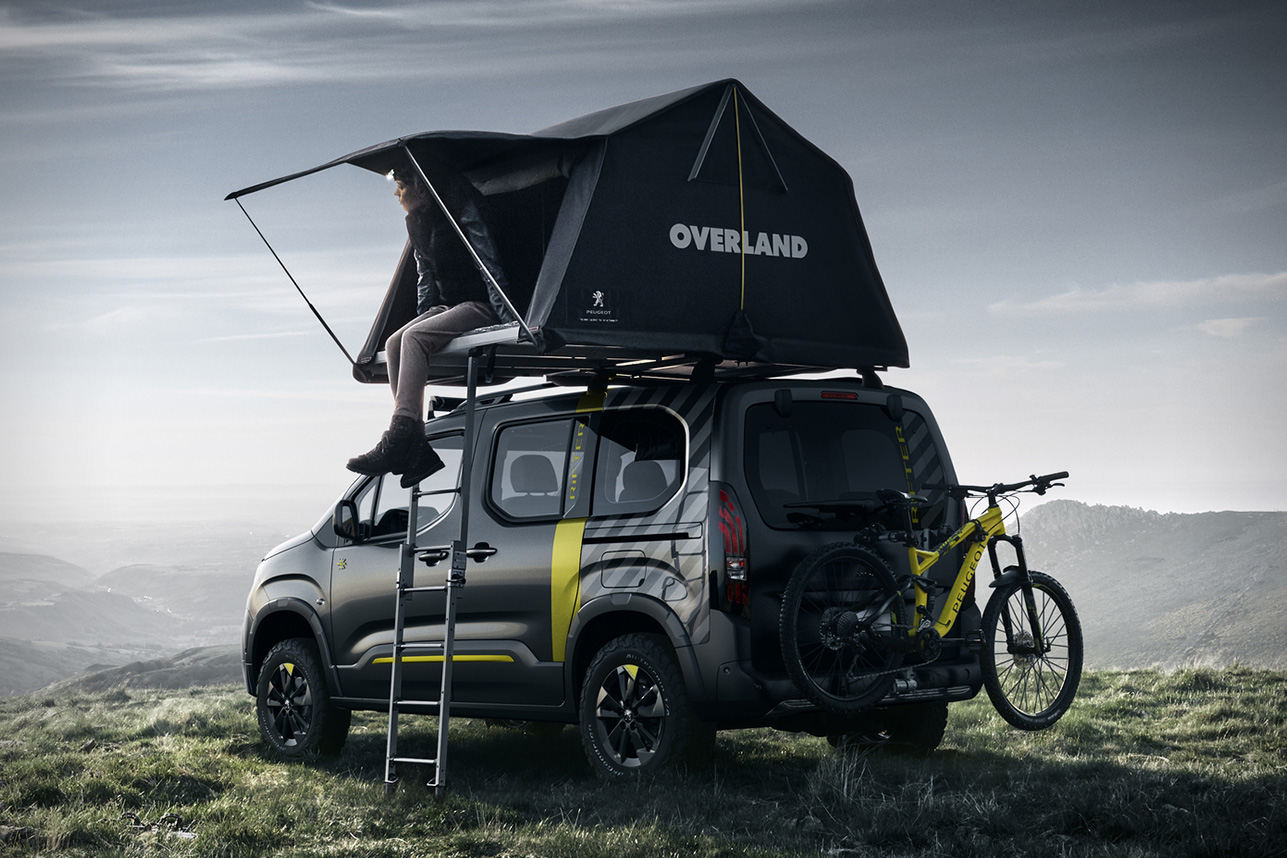 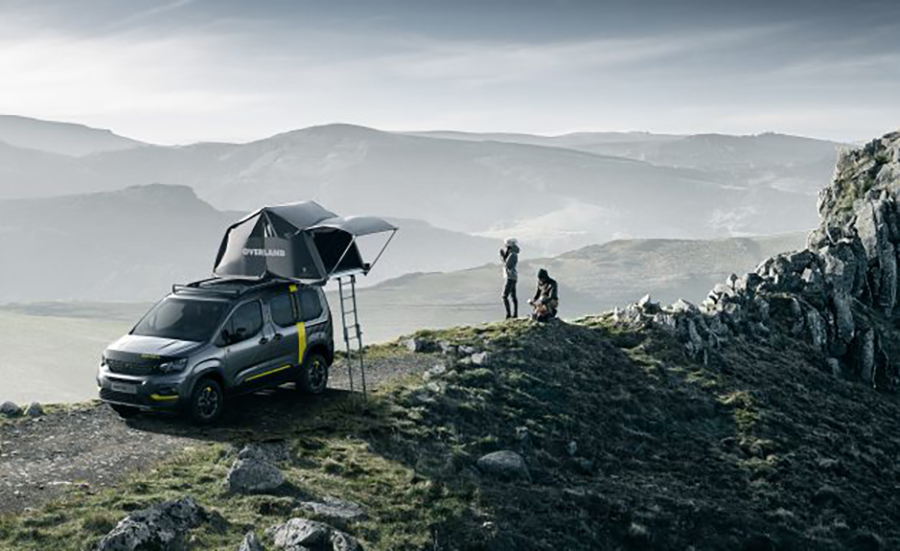 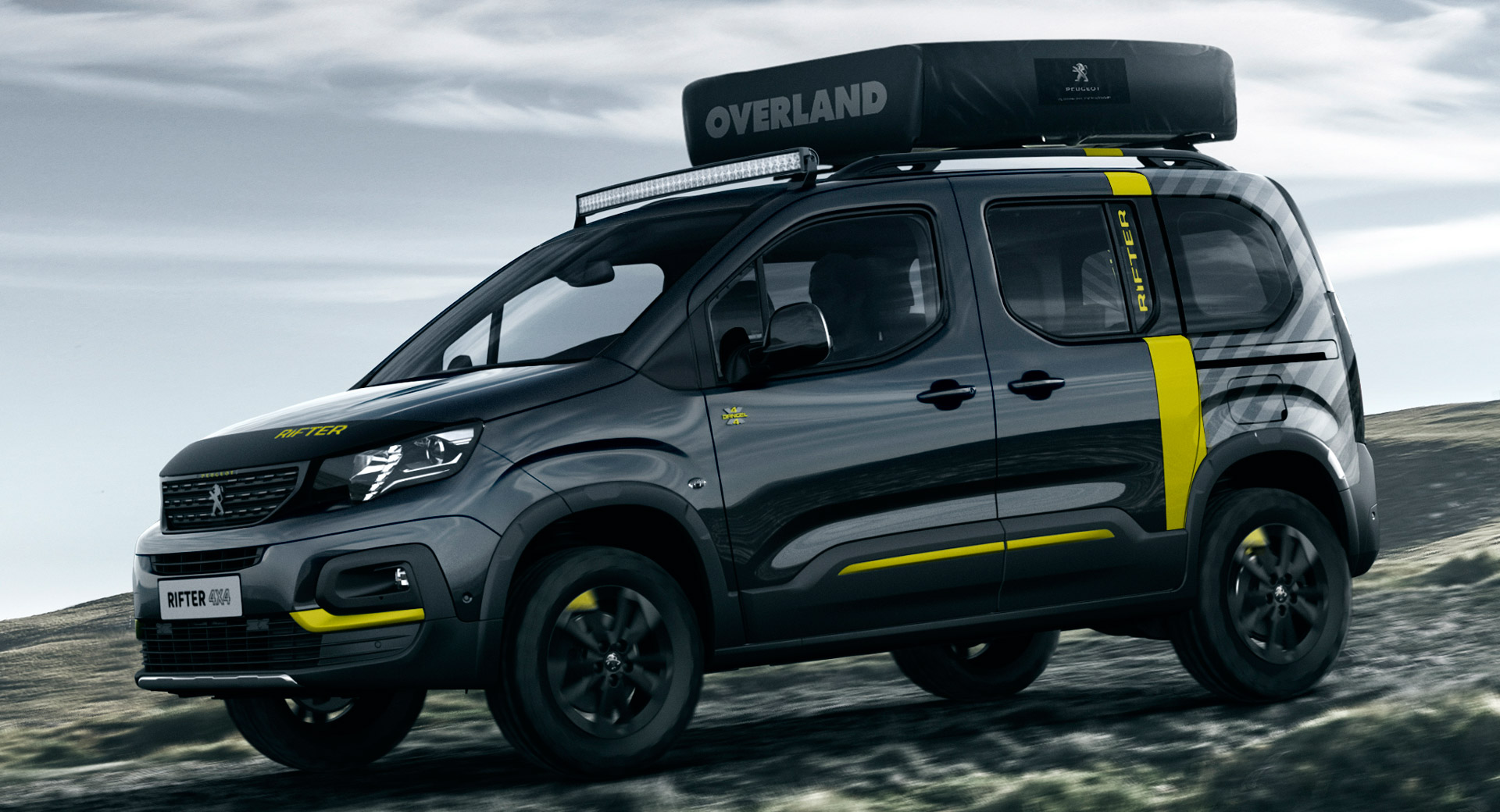 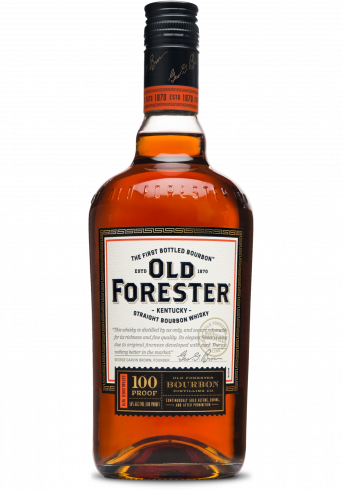 Father's Day is right around the corner. If your dad is as big into gear as we are, and you're having some trouble coming up with one - we've compiled a quick guide of awesome Father's Day gifts to give him. These gift ideas range from classy shoes to rugged backpacks, so there's something on this list for everyone.

The WoolX Merino Wool Shirt is Ultra-Breathable and Ultra-Light

When it comes to a lightweight shirt for summer activity, perhaps wool isn’t the first thing that comes to mind. Yet no matter the time of year, a merino wool shirt makes the perfect breathable and moisture wicking baselayer – like this one from Woolx.

If you like mountain biking in the winter, you are probably familiar with fat bikes. Sadly, bikes aren’t cheap. If you’re looking to add a high-end fat bike to your collection, you could easily be looking at a few thousand dollars. But if you’re on a budget, there are a few worthy choices out there. Our pick for the best budget fat bike is the Gravity BullsEye Monster.

Utility tape is an essential part of every outdoorsman’s gear. Duct tape is great by itself, yes, but compared to utility ribbon, it’s limited stuff. When you need tape adapts and conforms to any situation and is tough enough to withstand anything you can realistically subject it to – from rain to sheer loads of stress – you need a roll of Forj in your kit.

Motorcycle safety is paramount. The Brake Free motorcycle helmet accessory is an added element when hitting the road. What is genius is there are no wires so installation is instant. Nothing to install on your bike and not dependent upon an app. The accessory has ultra bright LEDs and sensors to detect every time you slow down. The lights are activated when you are engine braking, down shifting, emergency braking, or regular braking to alert surrounding drivers.