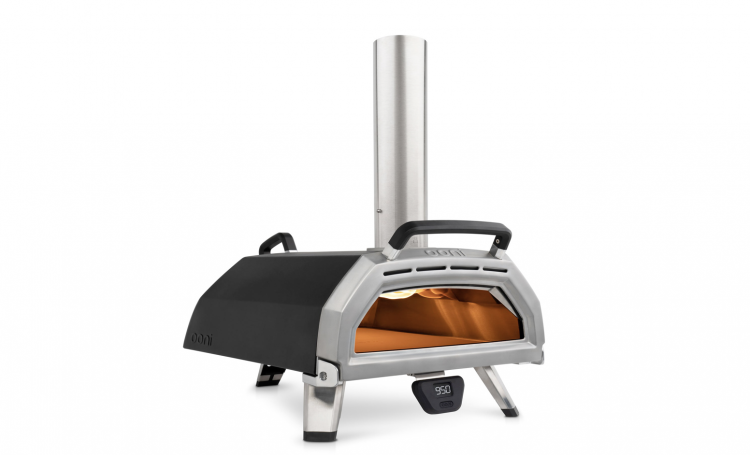 There is nothing like biting into a perfectly-baked pizza mere moments after it was pulled from the oven. The crispy crust and melty cheese create an explosion of flavor that is worth a visit to your local pizzeria. But what if you could indulge in a pie that tastes just as good, if not better, without having to leave your home?

Since 2012, Ooni pizza ovens have given people the ability to cook pizza at home with an appliance that rivals the performance of a professional brick oven. Their newest oven, the Ooni Karu 16, is a multi-fuel pizza oven that can transform your backyard into a pizza-lovers paradise. 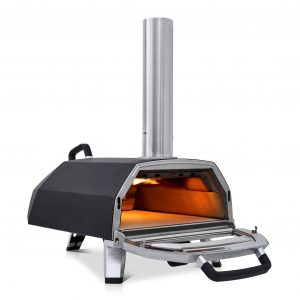 There are a lot of home pizza ovens that promise to produce pizzas in ways that mimic full-size commercial pizza ovens. It’s natural to be skeptical of big promises, especially when they come from appliances that are small enough to fit on a countertop. But the Ooni Karu 16 lives up to the hype. 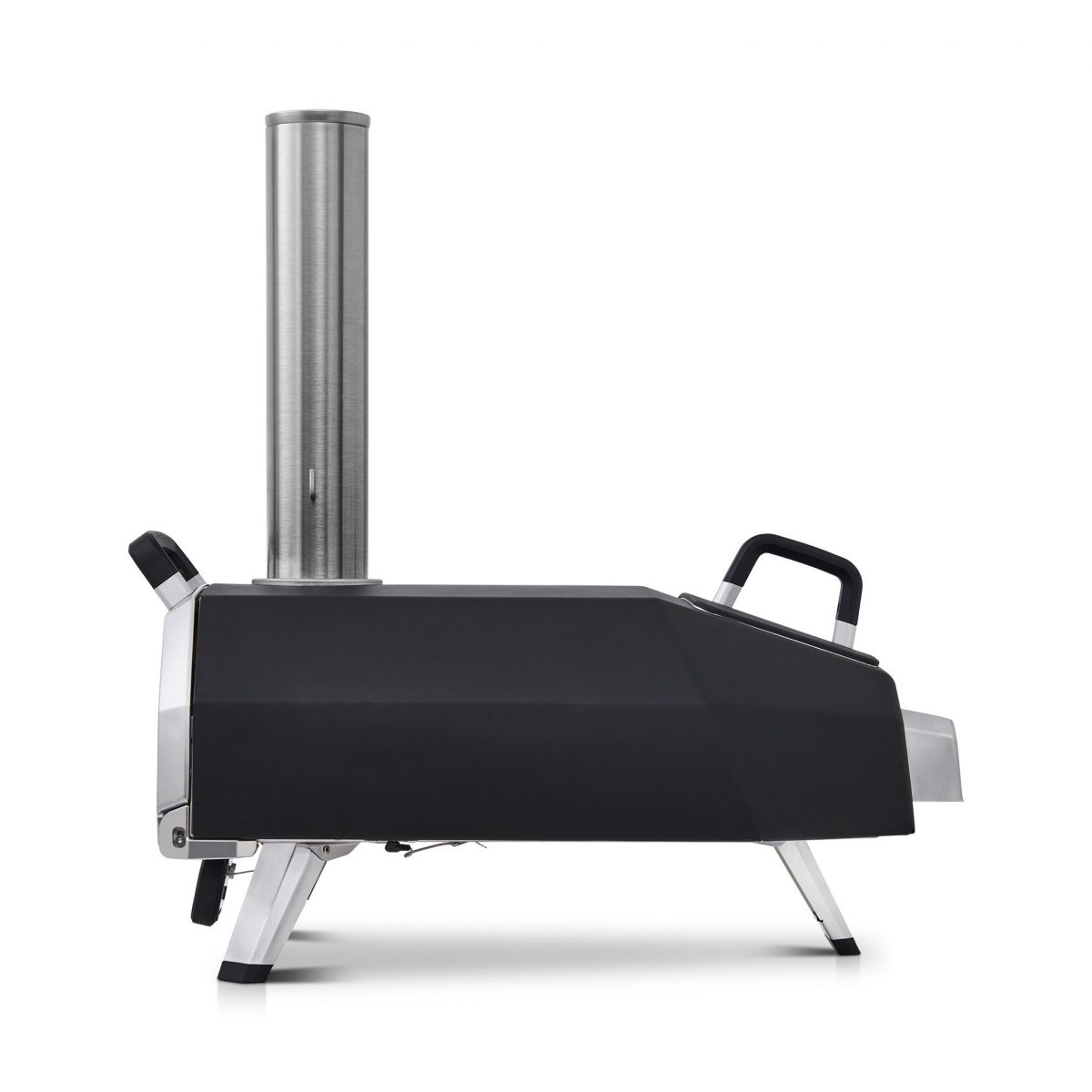 In an in-depth review by DishCrawl, Jessica DeMay says “If you are looking for low maintenance, full flavor, and high performance… The Ooni Karu 16 has all that and so much more.”

The Karu 16 is the latest model to be added to Ooni’s impressive collection of outdoor pizza ovens; a collection of ovens that frequently sell out just a short time after the stock is replenished. When designing the Karu 16, Ooni took the best features from those ultra-popular pizza ovens and then added additional features to make a remarkably versatile and technologically advanced pizza oven.

The Ooni Karu 16 is capable of baking pizzas up to 16-inches in diameter and can also roast meats, bake bread, sear vegetables, and more. You can enjoy flame-cooked meals in your backyard using wood, charcoal, or gas as fuel. Cooking with wood produces an authentic, subtle wood-fired flavor. Cooking with gas takes the hassle out of baking a homemade pizza; you just need to buy the Ooni Karu 16 Gas Burner that isn’t included.

Like the other Ooni pizza ovens, the Karu 16 quickly heats to a scorching 932 degrees Fahrenheit (500 degrees Celsius). The oven only needs 15 minutes to preheat, after which it can cook a fresh pizza in just 60 seconds.

The key to cooking a large pizza in such a short amount of time is the heat. A standard kitchen oven can’t get any hotter than 500 degrees Fahrenheit. With a pizza oven that reaches temperatures nearly twice as hot, you can cook more pizzas in far less time. If you’ve never cooked at such high temperatures, it might take you a couple of tries to get it down. The most important thing to remember is to turn your pizza as it bakes to ensure your pizza bakes evenly. 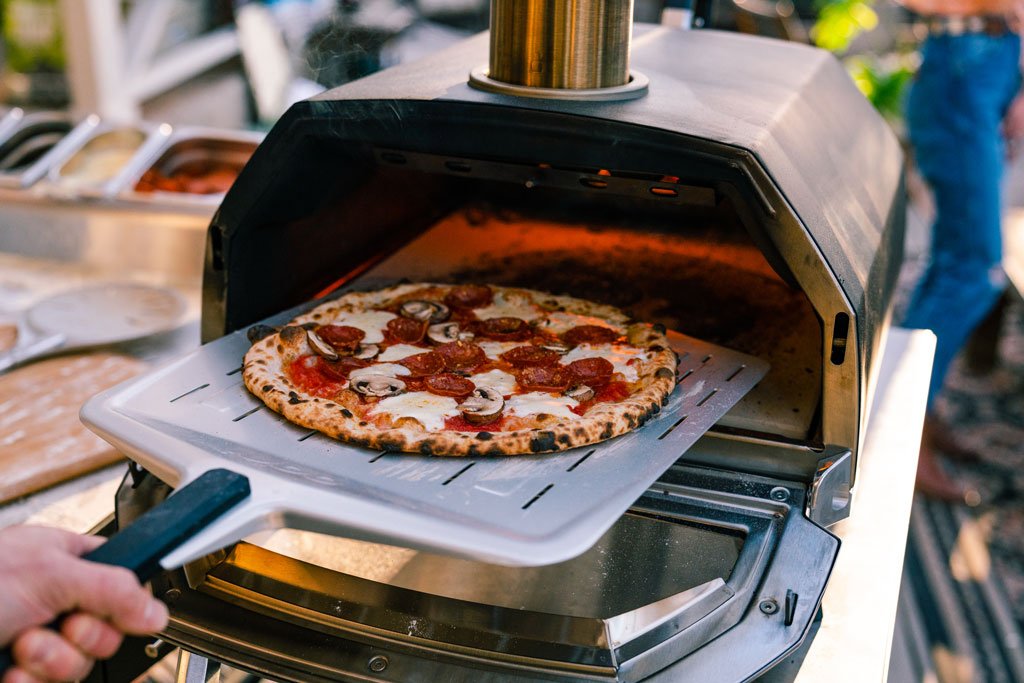 The Ooni Karu 16 has a glass oven door which means you can watch as the crust of your pizza rises and crisps and the cheese melts and bubbles. The temperature of the oven is shown on a digital display that is mounted to the body of the oven, which is a great feature that saves you from having to use a thermometer to check the oven temperature. To make cooking with the Karu 16 even easier, there are several accessories available to order from the Ooni website, including a pizza peel and a cover for your new Ooni Karu 16 pizza oven.

One more thing worth mentioning: all Ooni pizza ovens, including the Ooni Karu 16, are made of steel. The Karu 16 is constructed with powder-coated carbon steel and stainless steel. This not only ensures that the oven is built to last, but also that it is easy to clean after using. Just wipe it down and it’ll shine like new.

The Ooni Karu 16 is currently available to pre-order for $799. The first models will start shipping this fall. 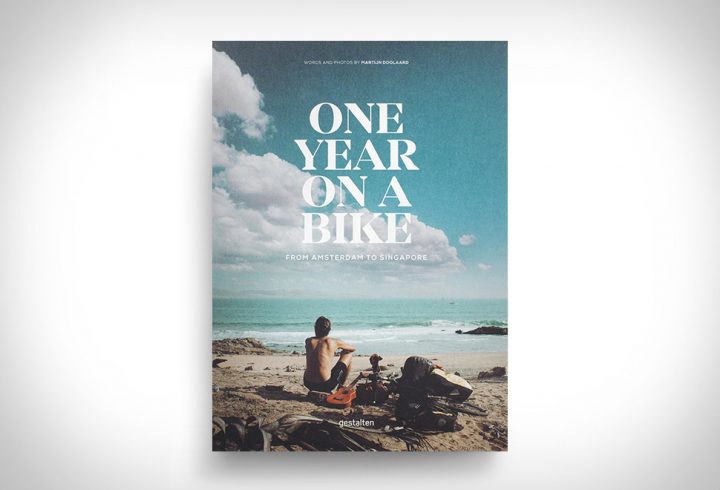 On a Bicycle for One Year–From Amsterdam to Singapore

What better way to see the world than with the wind blowing in your face? Imagine being able to pull off the road at any time to take in the beauty of God's creation...simplified and memories made. Martijn Doolaard did just that. Martijn documents his bicycle journey from Amsterdam to Singapore in his new book One Year on a Bike. Venturing through Eastern European fields of yellow rapeseed to the intimate hosting culture and community in Iran, One Year on a Bike will inspire you to leave the auto behind and dare to follow your dreams.

The new Mountain Hardwear Lamina Z sleeping bags have some new technology we’re keen on checking out. It uses what Mountain Hardwear has termed (quite aptly) welded Lamina Construction, which is supposed to maximize loft in the insulation and eliminate cold spots.

Keap Active Men’s Short: Deep Pockets and All You Want in a Short

Hammock camping is cool, but you know what is even cooler? A Hammock backpack. And the HackedPack takes that to a whole new level, by literally integrating the hammock right into the backpack

Best Tabletop Grills for Summer: Home Cooked May Be the Best

There are so many grills to choose from! Some of us don't have a full backyard to bring in a mega grill. So these are our top picks for compact, tabletop grills.