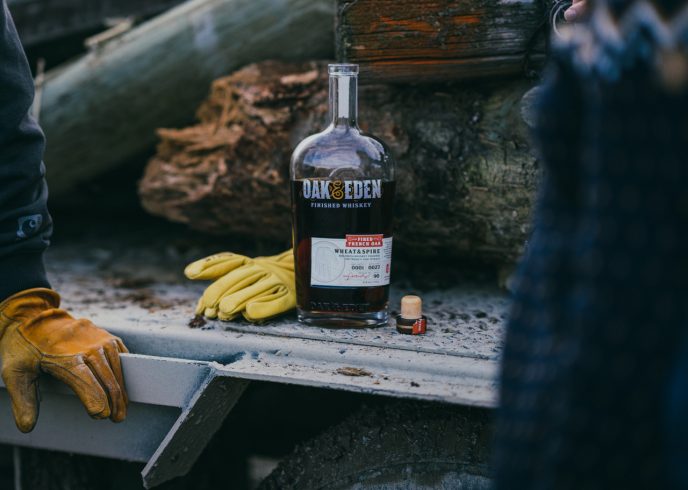 Oak & Eden Whiskey is changing the way that craft spirits are made. The Wheat & Spire Bourbon we tested makes the list of favorite bourbons!

I have been drinking, shooting, sipping, making, and at times, chugging some sort of whiskey since long before it was legal for me to do so. During my early 30s, I wandered Appalachia, rubbing shoulders with those who operated illicit ‘stills in the moonlight hours crafting corn and grains into young and fiery raw whiskey and learning their ways. So, when I was asked if I felt comfortable writing a review on a whiskey, I felt as if there was no calling to which I was better suited. I am a professional outdoor product reviewer by trade and have reviewed thousands of outdoor products over the last 14 years, but I had never been asked if I would review a product with which I had such familiarity or passion.

The product I was sent was Oak & Eden’s Wheat & Spire bourbon whiskey. Not only is this whiskey a blend of some the best craft liquors produced, it takes an innovative approach to how the whiskey is aged. Instead of the typical blend of corn, barley, and rye, they substitute wheat for the rye. This in itself gives the liquor a milder and creamier flavor. Not only do they use wheat, but I like that it is a GMO-free wheat, so it is good for you and good

for the planet. Next it is aged for two years in virgin charred American oak casks. The aging process for whiskey is about the same for every maker, in that the raw white alcohol is placed in a barrel of wood that has been charred on the inside. It is then set aside to allow the natural changes in temperature to expand and contract the wood, pulling it in and out of the pores of the wood and in the process adding certain notes, tannins, sugars, and botanicals to infuse flavor and color into the whiskey. Oak & Eden’s process up to this point is like any othermaker. Where they differ is that instead of transferring the aged whiskey into another barrel made of a different wood or that once held other spirits, which some distillers will do to broaden the flavor profile, Oak & Eden places that second barrel inside the bottle. This bottling of the whiskey would stop the aging process and what was placed in the bottle would essentially be the flavor of the whiskey without change from that point on. What is innovative about the Oak & Eden process is that instead of corking the bottle and calling it good, they also insert a spiral of French oak, called a spire, into the bottle. This spiral cut creates more surface area to continue to contact the whiskey and finish it. This means that the aging process continues on a micro scale and continues to imbue the whiskey with more of the hints of the flavor profile of the wood over time. It is really a game changer in how whiskey is aged and finished.

Not only does this manner of finishing give the whiskey a deep amber color, similar to a maple syrup, but the honeyed hue will continue to deepen over time. As fascinating as the crafting of this whiskey may be, I am certain you are more interested in how it tasted. Well, like most great things, the tasting of the “brown water” is a bit subjective. My first impression was the result of an aerated slurp, allowing the whiskey and air to mix and release all of its aroma. Not a technique you would use in polite wine drinking company, but perfect for the whiskey crowd. To my surprise there was a slight sweetness to the Wheat & Spire followed by a gentle warming sensation that followed into my stomach and then continued outward enveloping my whole body. I had expected the bite and burn of a whiskey that never arrived. Instead of a burning sensation in my throat, I received this comforting warmth that overtook my whole being. More like the presence of the Holy Spirit at a revival meeting than the fire of Hell in the gullet.

A lot of mass-produced whiskey has a harsh burn and then mellows. Usually that is a result of the first sip numbing the tongue and throat so that subsequent sips no longer bite as harshly. With the Oak & Eden, I repeatedly experienced this gentle warming, slight sweetness, and just an amazing flavor. It tasted enough like whiskey that I never doubted what I was drinking, but the experience itself was so much more pleasant. Almost the same experience one enjoys with a cognac or brandy. And that was when I came to the realization that this whiskey was probably the most dangerous stuff I have ever consumed. Not because it has a high alcohol content. The 90 proof is about on par with other whiskey. What made it so dangerous is that it is so damn drinkable. I could sit and enjoyably drink the entire bottle without experiencing any of the assaults on the senses that mass-produced whiskey inevitably delivers.  This is not a shooting whiskey. It is not a sipping whiskey. It is a drinking whiskey. I could imagine sitting by the fire for hours enjoying glass after glass of this delicious spirit. But it is alcohol and it will hurt you if you are not careful. Because it is so subtle and pleasant, it can sneak up on you and kick you in the head.

As for a product for enhancement of the outdoors, I can imagine finishing several miles of hiking through our gorgeous red rock canyons in Utah and then sitting by the fire telling lies about my youthful days with good friends and drinking this whiskey until the sun begins to peak over the cliffs. All the while experiencing that sacred warmth tingling throughout my body, warding from the chill of the evening. Oak & Eden Wheat & Spire will definitely find a home in my favorite backpacking flask where I will enjoy it the way that God intended all whiskey to be enjoyed; neat. As Oak & Eden says, “thank God for good whiskey.” 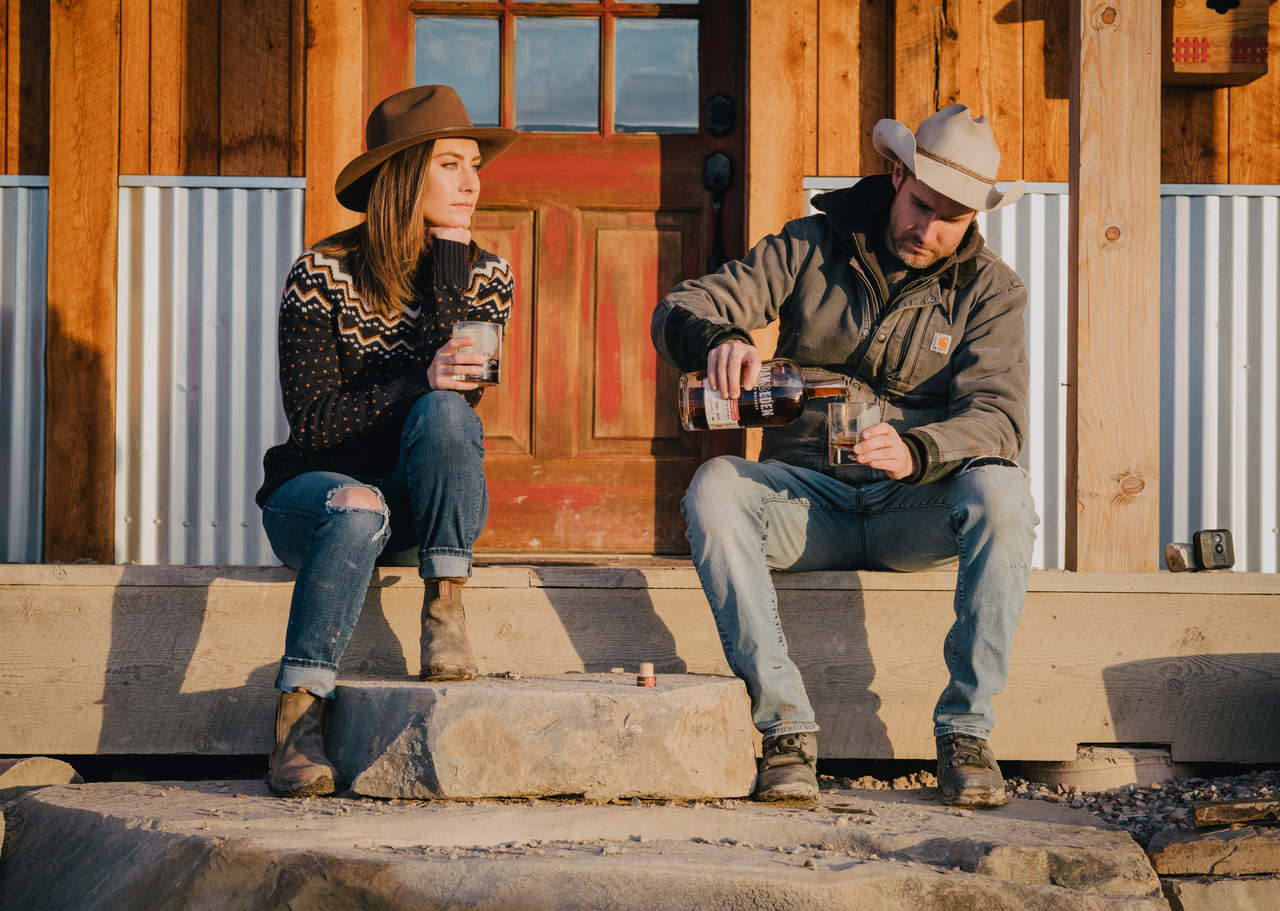 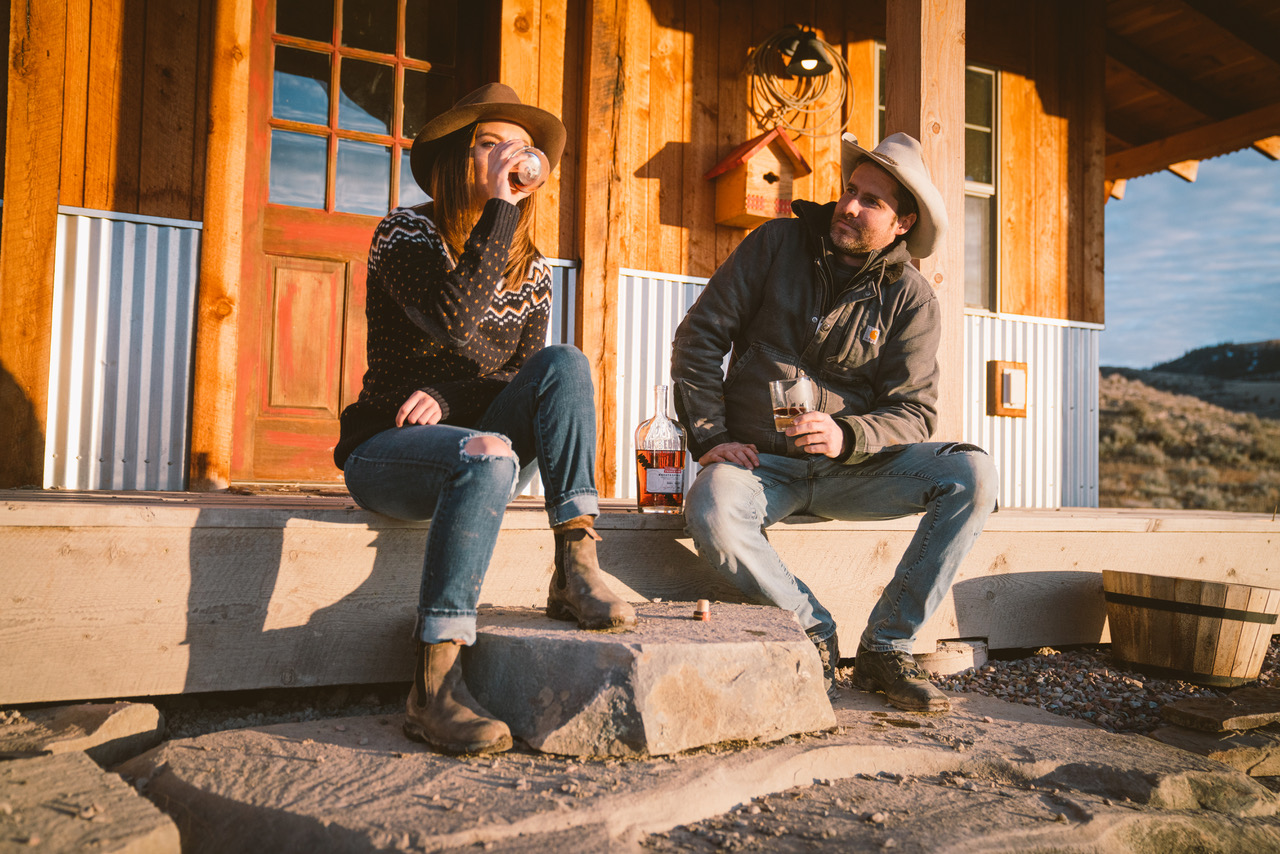 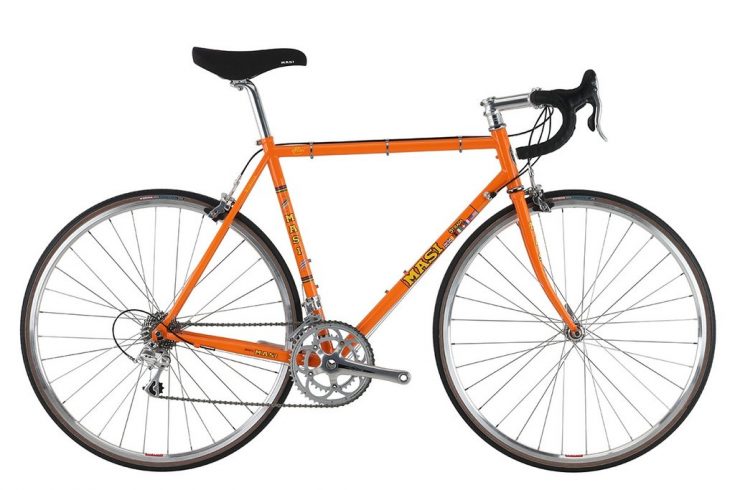 High-end bikes are expensive, but they don’t have to be off-limits. The Masi Strada Speciale is a fantastic steel road bike with vintage styling that comes in at about $1300, without sacrificing performance.

This Strider Carbon Fiber Balance Bike is Built For Kids

If you’ve ever felt the need to drop $900 on a bike for your 4-year old, the Strider 12 ST-R will definitely do the job; it’s a limited-edition bike made from carbon fiber, with a Cane Creek AER headset, Carbon Fiber fork and steerer, a custom-forged alloy stem, 12” carbon fiber rims and Schwalbe Big Apple tires.

The Steelcase Gesture Is The Best Office Chair For Long Hours

It really is tough to pick out one particular office chair as the best, but there are a few that stick out from the crowd. The Steelcase Gesture, one of both the most comfortable and visually appealing we have ever seen, and our pick for the best office chair for long hours.

Filson Journeyman Backpack: A Canvas Backpack For Decades To Come

Filson dates back to 1897, when C.C. Filson himself began equipping gold prospectors from his Seattle shop during the Klondike Gold Rush.

Traeger Ranger: A Portable Pellet Grill For Camping or Your Backyard

Making the switch to a pellet grill is one way to instantly up your grilling or smoking game, while also effectively streamlining the process and making it a lot simpler; Pellets burn smoother, cleaner and more reliably than charcoal or wood, and are easier to work with – while still imparting a distinctly wood smoke flavor.

The Gerber Center Drive boasts of a screwdriver a revolutionary new center axis design, that allows it to open up and align like a real screwdriver for maximum torque and rotation - all the while remaining small enough to fit in your pocket.