How Come No One Ever Drinks Suze?

Suze is a yellow and bitter liqueur from France, where a man by the name of Fernand Moreaux introduced it in 1889. It was first created and distilled in the area of Sonvilier, in the French-speaking part of Switzerland.

It’s distilled from the gentian plant, also called the Great Yellow Gentian. Specifically, it’s made from the root of the gentian, which gives it a very distinct bitter and grassy flavor and aroma. The Gentian is used in distilling several different liqueurs, such as the appropriately-named Gentian, Aperol Campari and Underberg. It’s even used in the soft drink Moxie.

Where does the name come from? There’re a few different explanations, actually. One explanation is that it’s named after the Suze River in Switzerland, which flows nearby Sonvilier. The more common tale is that he named it after his sister Suzanne, a rationale we prefer.

Today, Suze is made in Thuir, France, where it takes over a year to create a single bottle. It’s been been a popular aperitif in France and throughout Europe for some time, and Pablo Picasso even depicted it in his Glass and a Bottle of Suze in 1912. But it wasn’t available here in the US for another century after Picasso’s depiction, and consequently, most Americans haven’t even heard of it.

Suze is bitter and low in alcohol content, at only 20% ABV. So, you could drink it neat or on the rocks, but it’s usually used in aperitifs or cocktails, where the bitterness can be balanced out by other ingredients. Here’s a couple we like:

An easy twist on a classic drink.

This the classic French cocktail. If you want authentic experience, choose this one.

The Suze’s bitterness is an easy alternative to Angostura bitters in this fresh take on the classic Old-Fashioned, while upping the ABV a bit, too. 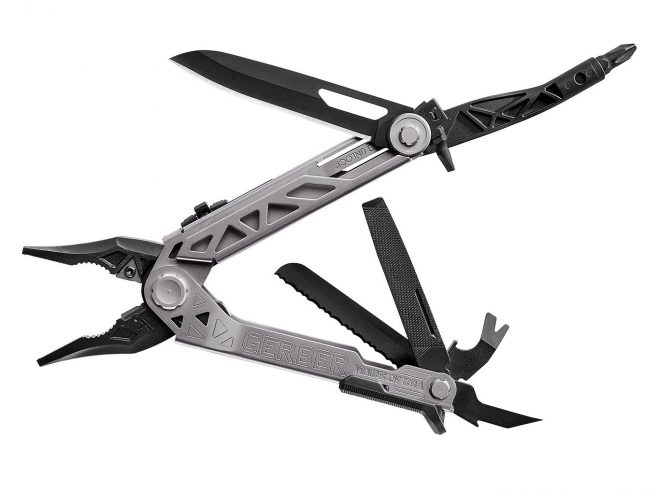 The Gerber Center Drive boasts of a screwdriver a revolutionary new center axis design, that allows it to open up and align like a real screwdriver for maximum torque and rotation - all the while remaining small enough to fit in your pocket.

Camping just isn't camping without a campfire. Unfortunately, there are times and places where you just aren't allowed to have an open campfire, or where it might cause some problems and present too much of a hazard. So what are you to do? Take a look at the the Primus Kamoto.

It can be tough for some of us camera nerds to admit, but the iPhone really has revolutionized the game. There’s no need to drop hundreds or thousands on camera when that phone you already carry in your pocket can shoot in 4k anyway and get some pretty good results.

sCarabane Camper: All You Need for “Bug-Out, Off-Grid” Survival

It's still in the prototype stage but with what we are seeing, it won't be long before it heads for production. Connect Green Cat Technologies' sCarabane Camper to your vehicle and you are ready to haul your luxury mini-home to your off-the-grid location.

Your Next Watch Should Be A Wooden One From Holzkern

There are tons of beautiful watches to choose from but forgive us we feel they all start to blend together after a while. Don’t get us wrong; there are absolute classics and unique beauties out there, but they tend to be expensive – or gimmicks. And sometimes, we just want something different. For that, there’s Holzkern Wood Watches.

Red Spot Whiskey: Classic Irish Whiskey Back On The Market

Spot Whiskeys, originally out of Dublin from legendary Mitchell and Son, are Irish classics. But many fans of this legendary whiskey line have never experienced the brand’s original offering – Red Spot. Well, after 50 years off the market, Red Spot Whiskey is back, and it’s as good as ever.

Hold on a minute. Jeep and Track Car in the same sentence? Yep. Jeep has just released some details and pictures of the new Grand Cherokee Trackhawk, a 707-horsepower beast powered by the Dodge Hellcat (you know, one of the most fun muscle cars out there) and capable of 0-60 is less than 4 seconds.