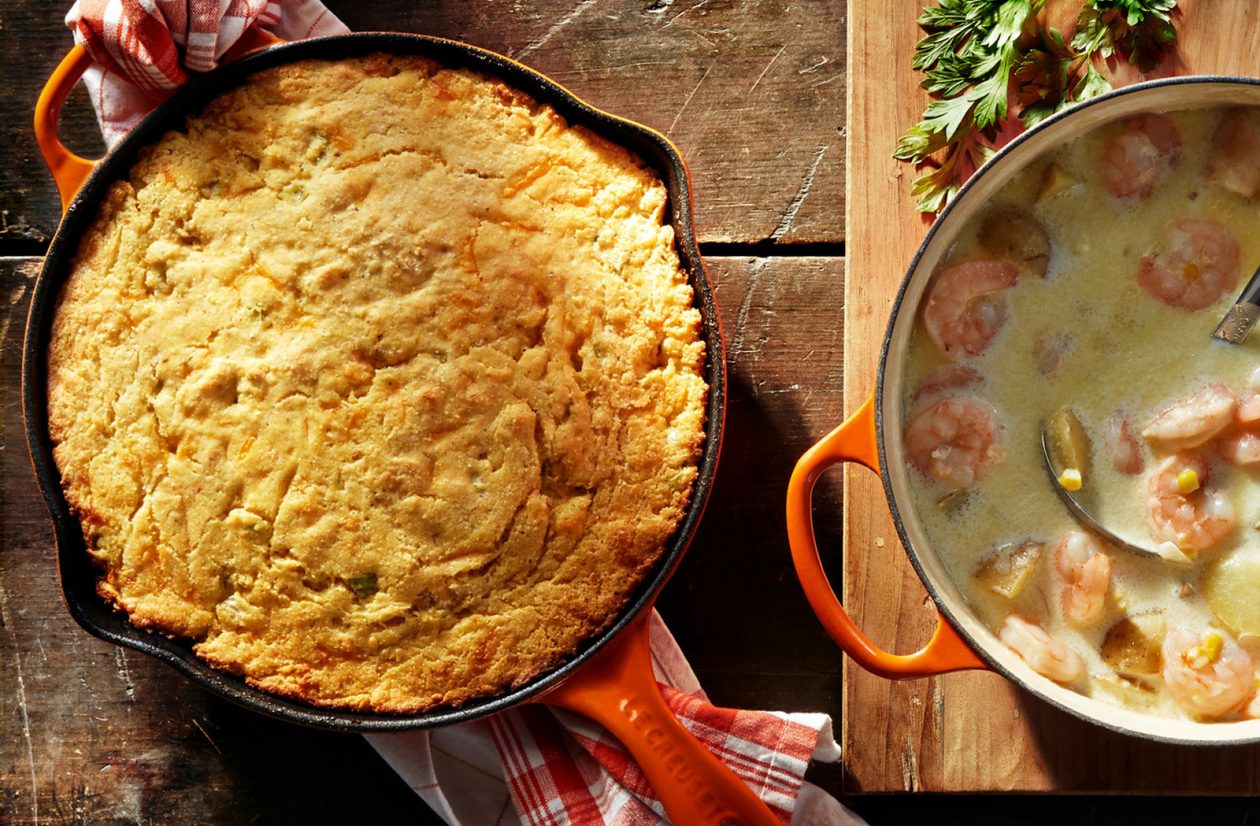 When outfitting your kitchen on a budget, you’d probably reach for an inexpensive cast iron skillet from Lodge or similar. Cast iron is cheap, overall, and you don’t need to spend a lot to get a useable pan that will last many years – hence why Lodge is totally fine. But if you’re an avid with a bit of cash to spend or an aspiring fine chef who wants top quality cookware, you need a pan that elevates your cooking game and lasts several decades of heavy use. In which case, pick up a Le Creuset cast iron skillet.

Le Creuset hails from France, where they have been making some of the world’s best (and most colorful) cast-iron cookware since 1925. They were one of the first manufacturers to start enameling their cookware; enamel provides a durable outer layer that protects against rust and scratches, eliminates the need for seasoning the metal, and serves as a non-stick coating, making cleanup easier. It also prevents iron from leaching into the food – which affects flavor.

Today’s cast iron skillets often have non-stick coatings; as we all know, these coatings tend to chip and flake off. They also contain toxic chemicals. Le Creuset’s enamel serves as a more natural, safer alternative. When heated up and oiled properly, it  does an excellent job at keeping food from sticking and making a mess.

Finally, Le Creuset is a premium maker, and you can expect their cookware to be some of the most durable and longest-lasting on the market. It’s all made with a craftsmanship and attention to detail that is rare in most goods these days.

So, which skillet do we recommend? 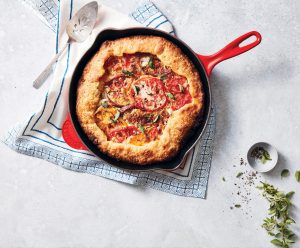 The Signature is Le Creuset’s trademark cast iron skillet, with their signature enamel coating both inside and out. Choose from your favorite of their many bright colors – we like the traditional Marseille blue – as well as from four sizes. It heats up and distributes that heat very evenly, and the enamel interior takes on its own unique patina over time, becoming an excellent surface for searing and sautéing. Stick it in oven and it should be good up to 500-550 degrees. Also, it’s dishwasher-safe, and the enamel means you’ll never have to season it as you would raw cast iron.

A good deal more expensive than that Lodge skillet you picked up a while back, but a lifetime investment worth the extra dough. You certainly feel a lot classier using it. 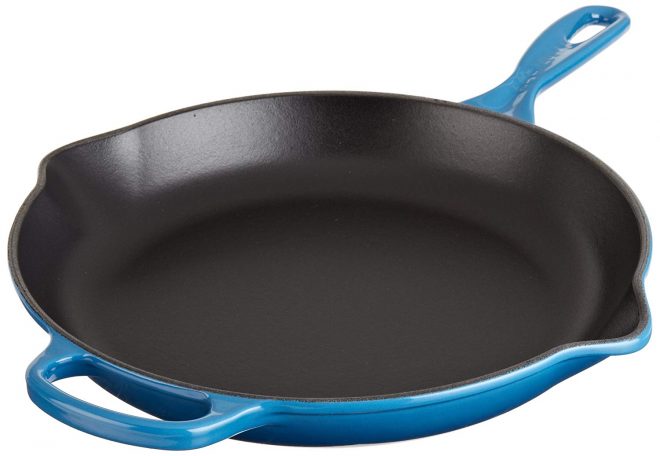 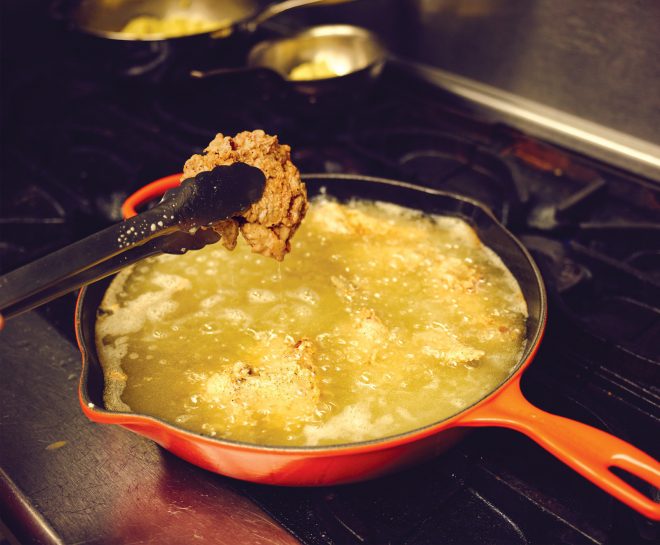