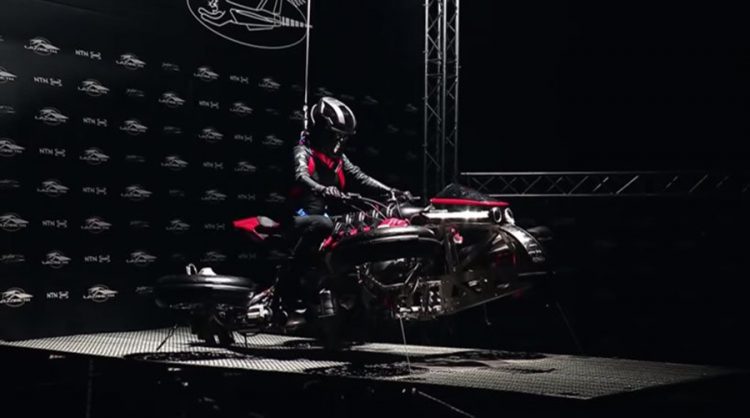 The Lazareth Flying Motorcycle is Actually Real. Sort Of.

Or maybe you just rolled your eyes at the idea . Because, after all, do we really need a flying motorcycle? Whatever happened to all those Jetsons-style flying cars people have been talking about for decades?

Either way, the Lazareth is real – and yes, it can actually fly. Sort of. Some background: Ludovic Lazareth is a French custom auto/bike maker, running a firm by the same name. They design, build and create some of the craziest, most insane bikes and other vehicles ever made. But none of them have ever flown before – at least, up until now.

The Moto Volante, as they’re calling it, looks like it’s built on Lazareth’s LM-847, a beastly 4-wheeler that is itself built around the Maserati V8 and its 470 horsepower. But in order to take things to the next level and actually go airborne, the Moto Volante adds JetCat jet turbines in each wheel.

Each turbine puts out a whopping 96,000 RPM and together, they’re able to propel the Volante a meter into the air, where it holds a steady hover thanks to 529 lbs of thrust.

Converting from regular bike mode to fly mode takes about 60 seconds. Simply press a button and the jets start to rev and heat up. They are also experimenting with adding two more turbines in the middle, adding 50% more thrust and hover power. Somehow, the whole machine weighs a mere 308 pounds.

How far can it go? We don’t know yet. Lazareth still hasn’t attempted anything more than a hovering while tethered to the ground.

It’s going to be a while before we see any flying motorcycles out there – whether Moto Volante’s or from someone else. And legality? We have no idea. But do we know this thing is almost out-of-this-world, and if they can pull it off, will easily be worth the £496,000 ($560,000) price tag 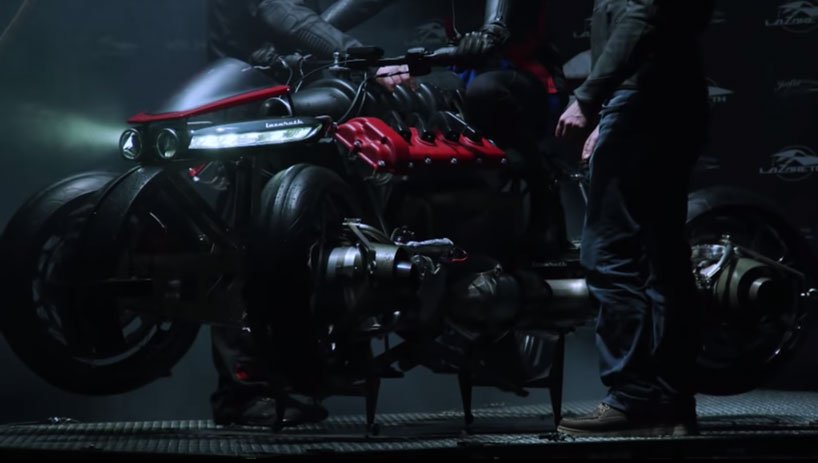 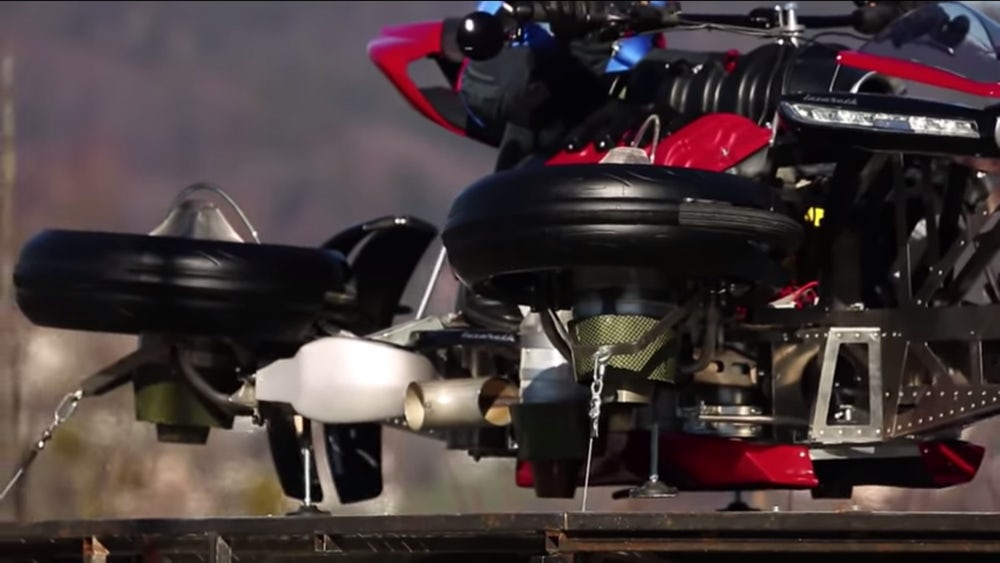 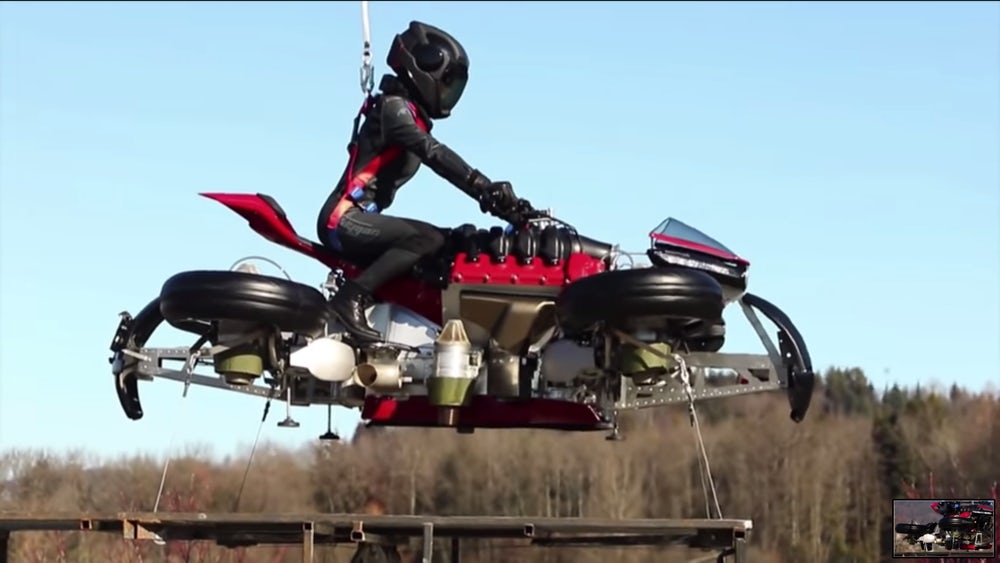 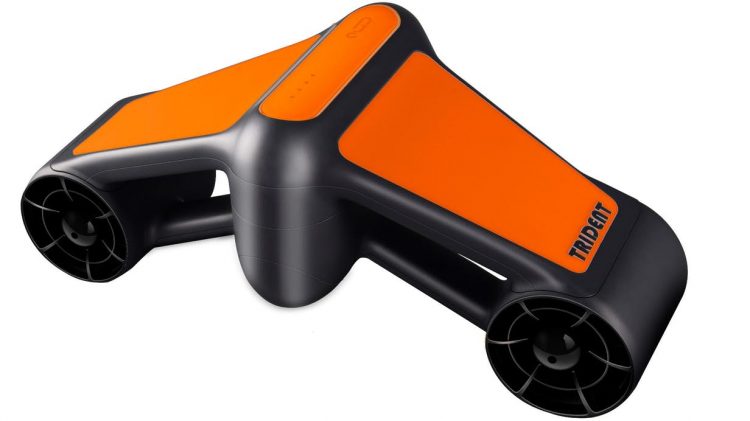 We Kind Of Want This Unnecessary Underwater Scooter – The Trident

Speck says their Presidio Grip case is designed for impact, and at first glance, it shows. The case features what they call IMPACTIUM Shock Barrier – a band of ridges made of Impactium (a shock absorbing synthetic material similar to TPE) that line the inside of the Presidio.

LG just announced an update their line of ultra-thin, ultra-light, and portable laptops - the LG Gram. The new version will come in  13.3-, 14-, and 15-inch models, and will all feature 8th-generation Core i5 and i7 processors,.

Wake Up In Style With DripKit Pourover Coffee

We generally pride ourselves on staying pretty on-top of all the latest happenings in the coffee world, so we’re not exactly sure how we missed Dripkit. These nifty little packets of coffee include a foldable, pop-up pour-over dripper that just sits right on top of the cup.

XLR has been known as a quality engineer of audio products for some time, and the new Blue ember XLR Studio Condenser Mic is no exception. The Blue Ember XLR is a perfect mic for DIY enthusiasts who need a solid all-purpose recording microphone for making music or streaming live audio. It has a 38Hz-20kHz response range, so it can pick up low rumbling bass tones and crystal clear high notes to an unparalleled degree of precision. Even with it's low price, the Blue Ember is light years beyond speakers with built-in microphones such as the NYNE Aqua.

When it comes to your wallet, smaller and thinner is paramount. With the new Fantom wallets, you get those features plus. These wallets are more pocket friendly; lighter weight; free of extraneous pockets, pouches, and material; and much more trendy/handsome than your classic leather billfold. Sometimes when you select a slimline, minimalist wallet you have difficult accessing the contents. Well, it looks like the folks behind the Fantom wallet have figured out a way to circumvent that problem. The Fantom Still features a clever eject lever built into it that fans your cards out with just a flick. That means you can grab the exact one you want without any fuss. That same lever also functions as the lid to the optional coin compartment. The Fantom also offers RFID protection while your cards are securely stashed inside, has an external money clip for your cash, and comes in a variety of colors and materials (including aluminum, titanium or carbon fiber). This clever minimalist wallet comes in three sizes (for 7, 10, or 13 cards) and starts at $60.