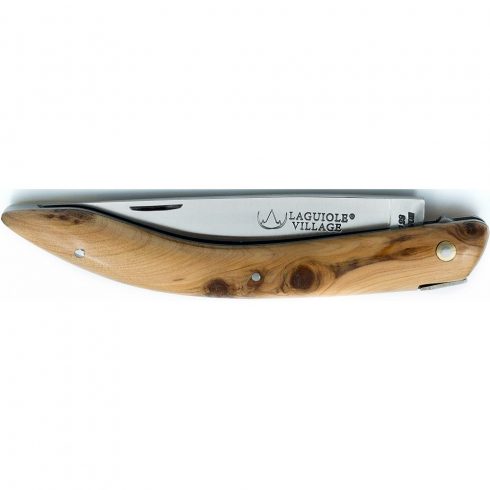 There are nice knives out there, and then there are works of art. The Lancelot folding knife from Laguiole Village is the latter.

There are nice knives out there, and then there are works of art. The Lancelot folding knife from Laguiole Village is the latter.

Laguiole Village is a knifemaker located in Laguiole, France, which has a rich history of knifemaking; the term “Laguiole knife” originally refers to a very specific type of knife that has been made in the southern French village for almost two centuries, originally based on the Spanish navaja. This popular knife style emphasized a slim profile, with a very narrow and tapered blade inspired by sabre or scimitar. The folding mechanism was a slipjoint, and both were encased in a cattle horn handle (though wood was often used, too). As they are traditionally handmade, they are supposed to be built to excellent standards of quality.

Today, you’ll likely see a lot of knives calling themselves “Laguiole knives,” whether they are made in France. Many of them don’t even follow the traditional design, either; they might start by basing themselves off it, but soon take some liberties to create their own rendition of a Laguiole-style knife.

The Lancelot Knife is the perfect example. 12 cm long, it comes with a full juniper handle, paired with a matte steel blade. Together, they pay tribute to the original design of the Laguiole knife but give it a slightly-updated facelift.  Not too modern, of course, as the fine juniper handle keeps it firmly based in the classic style. The blade is wider and less tapered than a traditional Laguiole but the handle has some elegant curves. Finishing the ensemble is Laguiole Village logo, firmly forged guilloched onto the blade.

There are less expensive knives out there, and more modern-looking models. But sometimes, it’s the old-fashioned works of art that work (and look) the best. 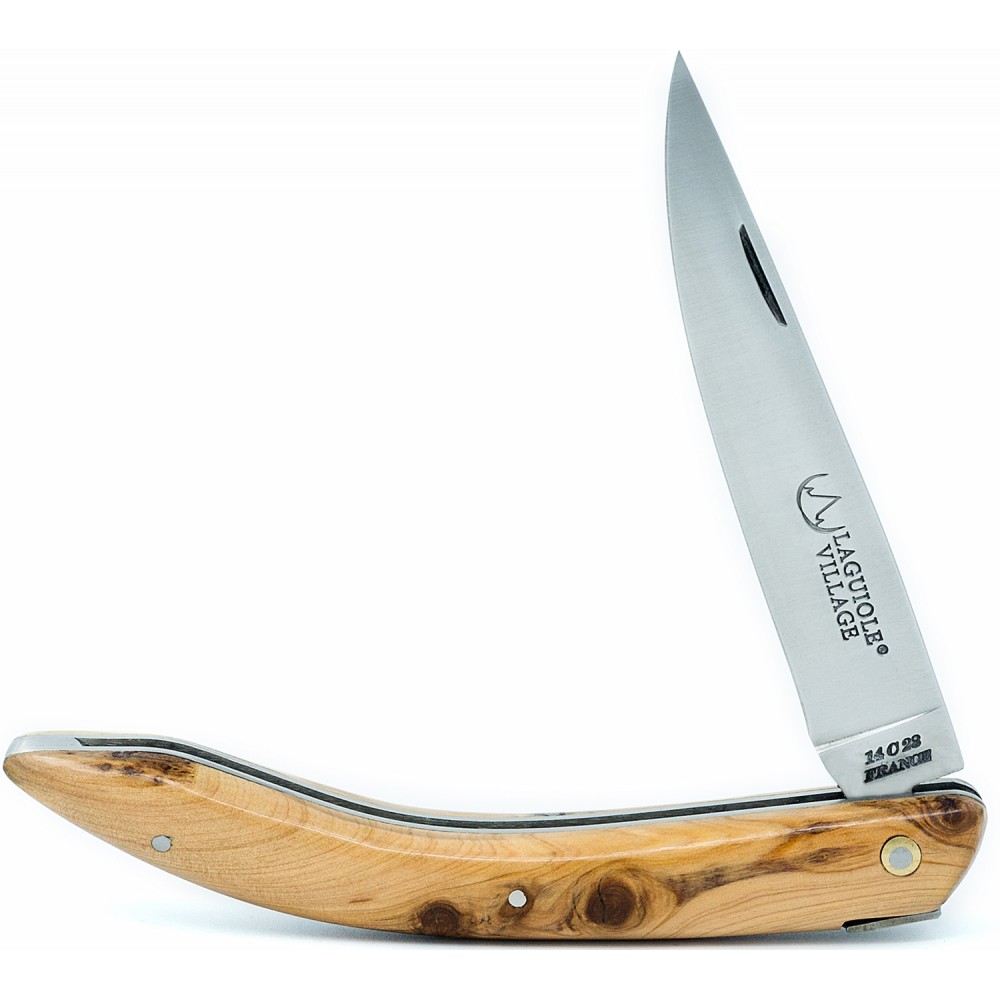 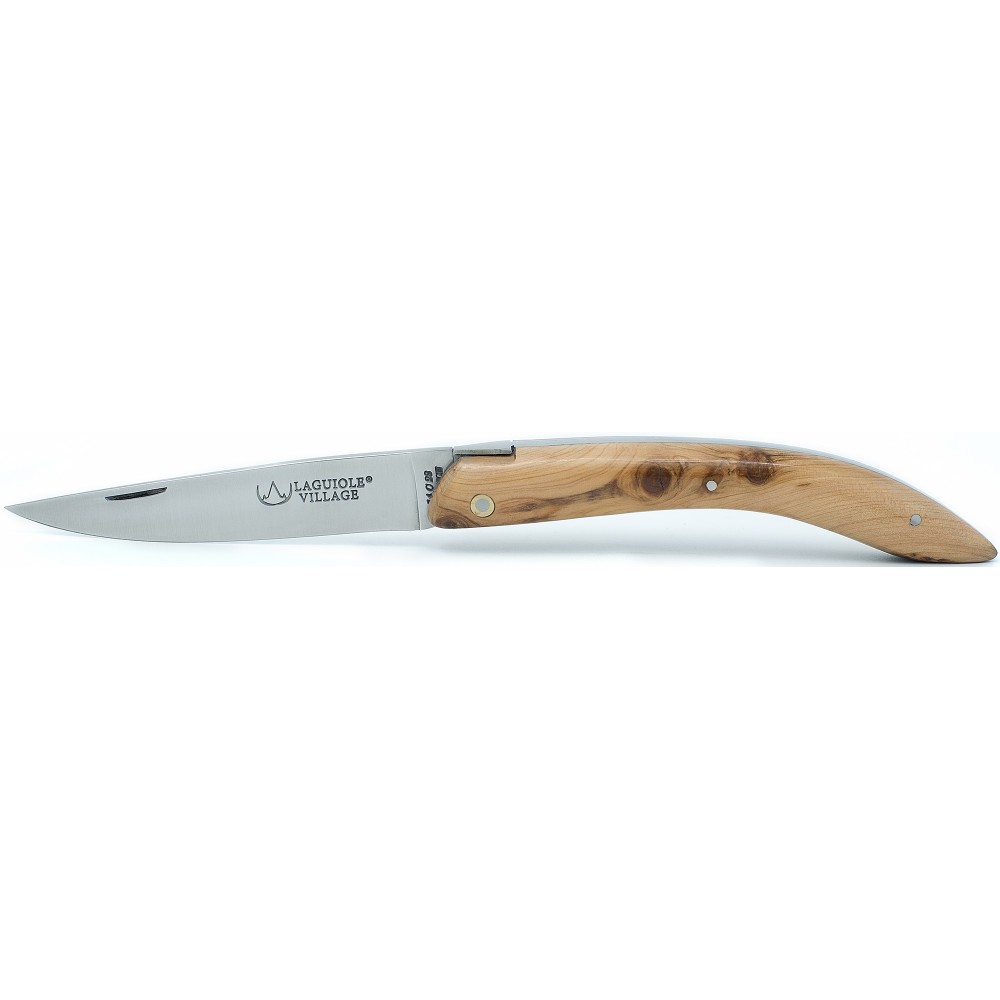 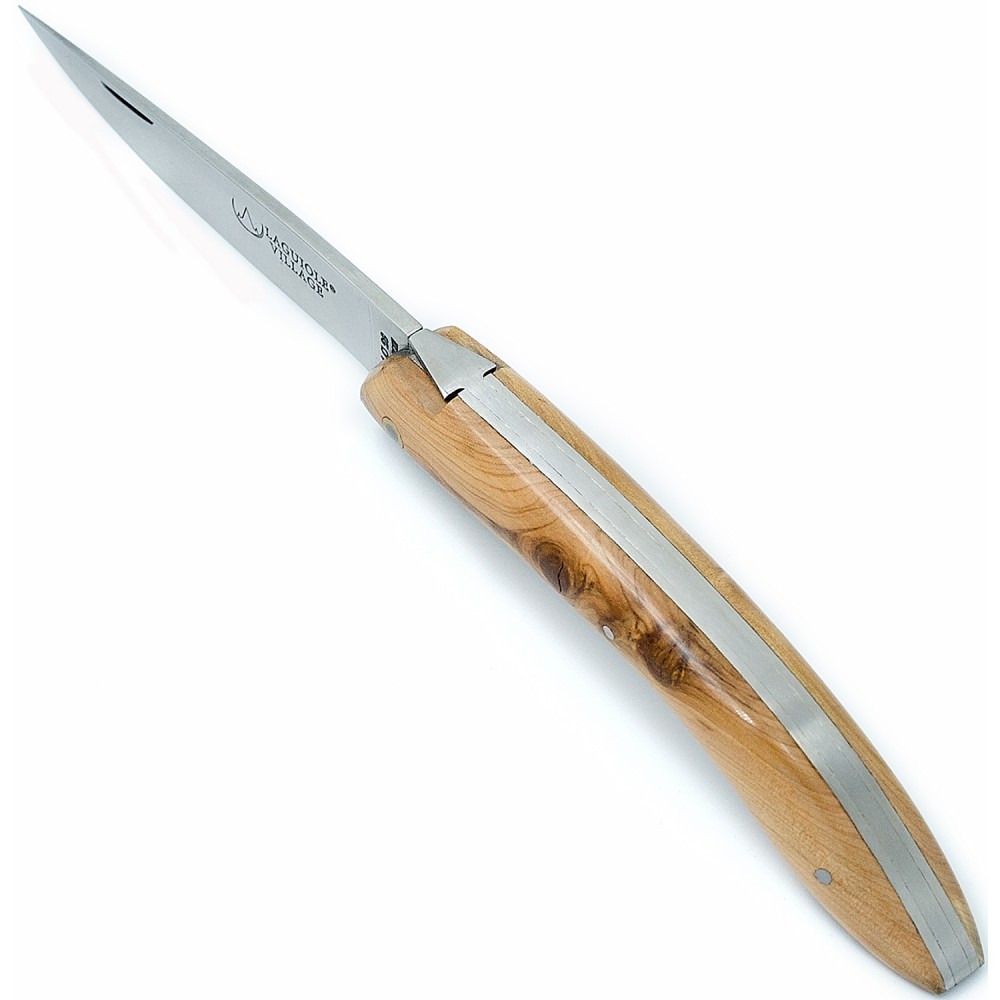 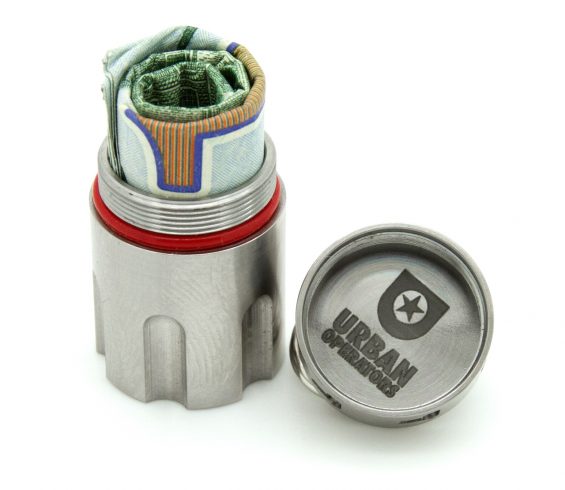 Titanium gear is what outdoor enthusiasts turn to. Why? Lightweight, rustproof, and it won't interact with items it comes into contact with. The Urban Operators Titanium Reload Cylinder is a perfect addition to your EDC (Everyday Carry) gear. Do you love guns? Support 2A? Have a “Molon Labe” bumper sticker? If you answered "yes" to any of those questions, then the new Urban Operators Reload Cylinder is a must-have item for your EDC. Hiking, kayaking, travel...the uses are endless. It is small enough to also be used as a zipper pull and could store small pills, fire tinder, spices, etc.

Like beer? Like puzzles? Like travel? Combine all those loves into an awesome art piece and past time with Beer Cap Maps. So it all started with a 6-year-old picking up bottle caps at the family cookout. His engineer father and an engineer friend took it from there. Now it is a sensation coupled with regional micro breweries--resulting in a great conversation piece.

When going on a camping trip, you want to be prepared for any possibility and situation that might come up and not think, "oh damn, I wish I didn't leave this item at home." Therefore, bringing tools with you, such as a versatile knife, is somewhat key.

Gardening is the rave now--know just what is going into your food by growing your own! Any tool that makes the gardening experience more fun is a tool we want in our bag. That's where the Barebones Living Hori Hori Gardening Tool comes in. Hori Hori is a Japanese word which means "Dig Dig." The Hori Hori was designed to be the ultimate multi tool in your garden and Barebones' unique take on this tool should feel right at home in any garden setting. Quality bamboo handle and tempered steel blade mean this tool is built to last. Digging, trenching, planting, cutting, and even popping the top off your choice of refreshing beverage, we think you'll find the Barebones Hori Hori to be your favorite go-to garden tool just the same as we do.

Reebok makes tactical boots? Yes, actually. They have been for a while. These bad boys used to actually be under the Converse line (where most of their boots are), but at some point, the brand switched them over to carry the Reebok banner.

Sno Seal vs Mink Oil: Which is Better For Waterproofing Your Boots?

Everyone with a good pair of leather work boots has considered using Sno-Seal, or at least heard of it. It’s a well-known and reliable waterproof treatment for leather shoes that’s been around for decades, and it works. You can grab it at virtually any old-time shoe shop and or traditional sporting good store.

The 7 Best Ultralight Backpacks For 2018