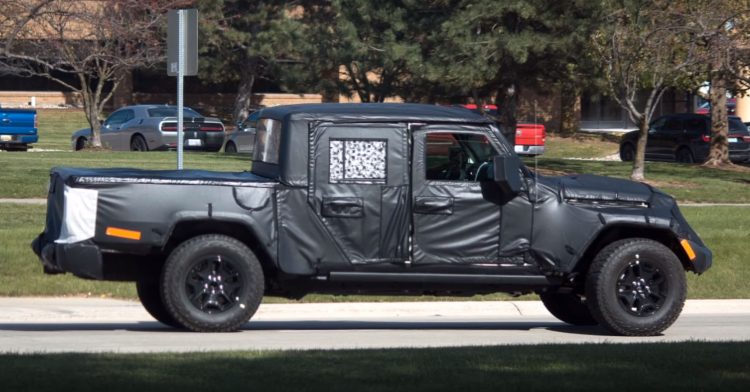 The New Jeep Scrambler Pickup Has Been Spotted On The Roads

There have been whispers of the Jeep Scrambler in the dark for years now, and we’ve seen a few concept photos and models. But we’ve yet to actually see one in the flesh. Until now. Thanks to some spy photos making their way around the internet, we've got our first look at the new Jeep pickup truck - albeit, covered in tarp.

There have been whispers of the Jeep Scrambler in the dark for years now, and we’ve seen a few concept photos and models. But we’ve yet to actually see one in the flesh. Until now. Thanks to some spy photos making their way around the internet, we’ve got our first look at the new Jeep pickup truck – albeit, covered in tarp.

This technically isn’t Jeep’s first pickup truck; there was an old CJ version back in the 80’s, and there have been a few concepts thrown around, like the Jeep Gladiator back in 2005. But it now appears that there will be a real, bonafide Jeep Scrambler coming out in 2019.

Yes indeed. The Jeep Scrambler is the official Jeep pickup truck, a four-door Wrangler with a pickup bed that brings it from only one of the most versatile vehicles ever produced, to perhaps THE most versatile. There’s practically nowhere a Wrangler can’t go, and now carrying heavy cargo is just that much easier.

There was also some question as to whether the Scrambler would come in the classic Wrangler soft-top version, in addition to the expected hard-top. That has also been confirmed, making it perhaps the coolest pickup ever. Hopefully, you can remove the doors too, for some serious offroad thrills.

There’s also a high likelihood it will be available in diesel. The new Wrangler is coming out in diesel, so we see no reason the Scrambler won’t. It is a pickup, after all.

Not much else is known about the Jeep Scrambler, but it is expected to officially go into production in Fall 2018, in time for a Spring 2019 release. And it’ll be built in Jeep’s Toledo plant. We are lining up now, anxiously awaiting its release, and hope to take it for an offroad spin some time. 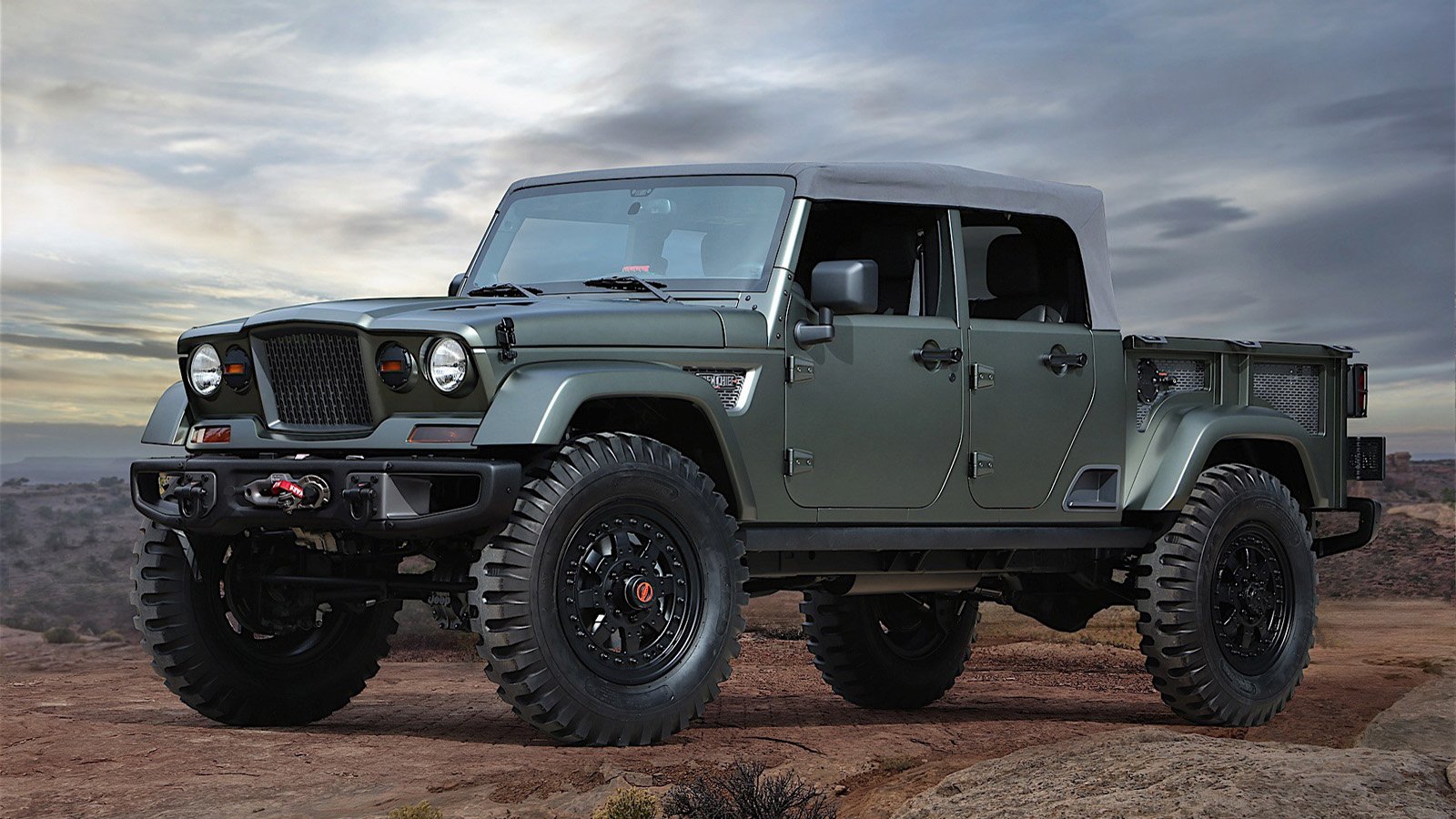 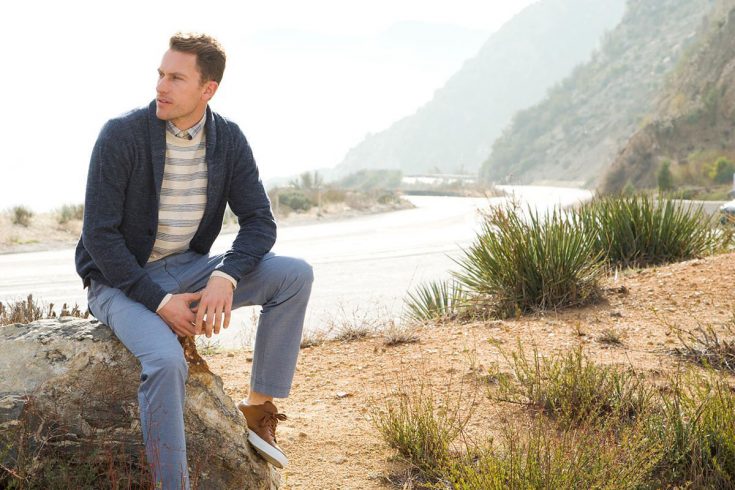 Grayers is the Vintage Menswear Brand You Need To Check Out

The term “grayers” comes from Oxford and Cambridge, where in the 1950’s, guys started shedding their stuffy three-piece suits for more casual, gray flannel trousers. Whether or not that was the first step the towards the much more relaxed wardrobes we have today, a movement was born, and Grayers continues it with this line of casual-yet-classy styles.

9 of the Best Four-Season Tents for Winter Expeditions

No, it’s not too early to start looking for a good four-season tent. With Labor Day upon us, Autumn is just around the corner. And in most parts of the Northern Hemisphere, that means the temperatures are going to start dropping and snow will start falling, especially for those of us at higher elevations. Time to start gearing up for winter camping.

Computer privacy is more important than ever. When the Director of the FBI tells everyone they should cover the camera on their electronics, then we should listen. The Steagle 1.0 Laptop Webcam Cover can assist with this threat. We know it’s not only possible but relatively easy for a person or an agency to gain access to your laptop webcam without your knowledge through the use of various exploits. Most of us have covered the webcam with a yellow sticky, only for it to fall off and get lost. Some people simply cover their front-facing camera with a sticker, but that gets to be a pain if/when you ever actually want to use the thing.

Who said EDC can't be classy? While most pocket knives and EDC tools are made with utility and function in mind, and not so much matching with your best work clothes, the Gerber Pocket Square Knife seeks to do just that.

We humans have always had a special connection with tools. From our earliest and most primitive days, we have found a way of making life easier and more convenient by making simple tools that went a long way towards keeping us alive and allowing us to thrive as a species. Whether its arrowheads made form chipped rock or placing metal blades on the ends of long sticks to make spears, or if it’s using two sticks to rub against each other and make fire, the point is tools are engraved in our DNA and we simply cannot do without them.

Biolite Campstove 2: A Smokeless Stove That Charges Your Devices

Biolite makes some cool, innovative lights and camping equipment, and their original Campstove was an innovative way to convert your campfire into useful energy, charging your smartphone as the wood burns. The Biolite Campstove 2, however, is even better.

Is The Myles Everyday Henley The Best All Around Henley?

Henleys are probably the most versatile kind of shirt in existence. Slightly more dressy than a t-shirt, but casual enough for dressing down, they're great whether you're out on the town or camping deep in the woods. They come in almost every configuration available, but the Everyday Henley from Myles Apparel might just be the coolest, most breathable and comfy one out there.