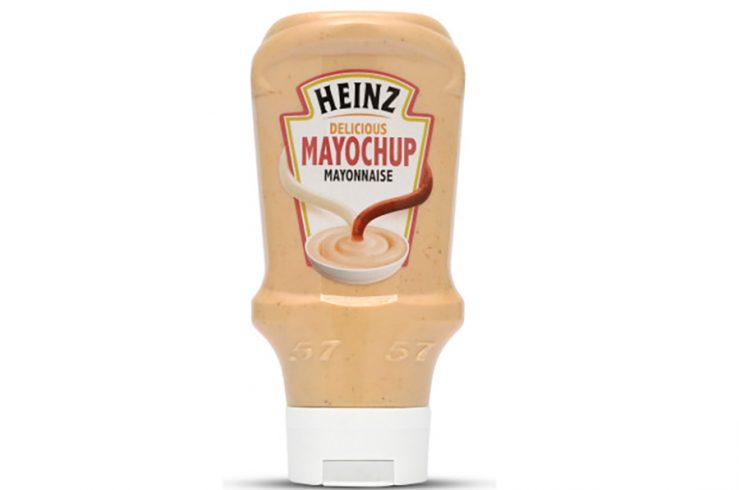 It may not be revolutionary. But it sure does taste good.

Heinz had a little fun recently by teasing a new product – a combination of mayo and ketchup called Mayochup. As ridiculous as that name sounds, it sounds like a pretty great idea; it’s not like we haven’t all been mixing mayo and ketchup together on our burgers for ages.

Well, turns out it’s nothing new. Besides doing it all time ourselves, “Mayochup” has been for sale in other countries for years and is essentially just Prawn sauce or Marie Rose sauce – very common across the pond. In Puerto Rico, you buy it on the shelf under the name “MayoKetchup.” And here in the US, you can get Fry Sauce in some restaurants (especially Utah, where the name apparently comes from).

But, while it may not be anything new, it might be worth getting excited about. Heinz has decided to release Mayochup here in the States, and has actually taken a poll to decide if it should be called Mayochup, or something a little more…eloquent? We’re totally fine with calling it Fry Sauce. 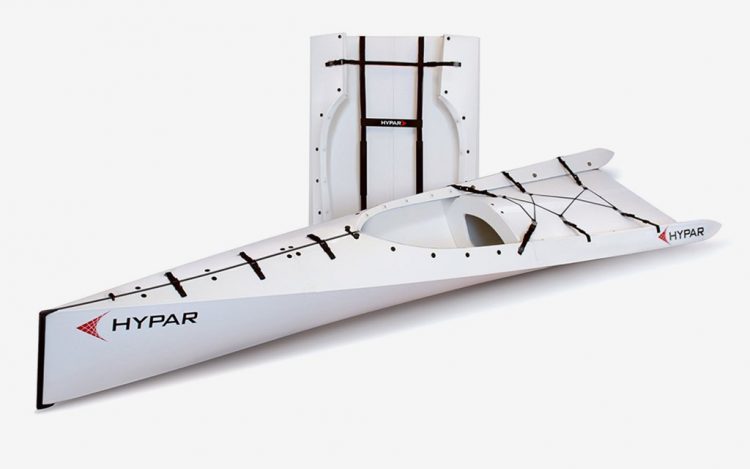 HYPAR Fold-up Kayak: Perfect for the Trunk of Your Car

From a backpack to a kayak in five minutes! Be inspired if you were every one to make paper airplanes. The world of kayaking is now open to all. In the past, transporting a kayak to your favorite location depended on having a vehicle to transport the kayak. HYPAR has changed kayaking. The HYPAR Fold-up Kayak is easily carried in your truck or the back seat of your auto. Constructed of pre-folded sheets of a honeycomb-structured corrugated polypropylene, the HYPAR fold-up kayak is built to stand up to at least 20,000 folding cycles without leaking. That’s a lot of boating! It’s a one-person craft with a unique stern design—wide & flat, giving the boat a stable, efficient shape for cutting across the water with ease & then folds up easily to fit in the trunk of your car.

It's party season! Yippee! How cool will this Raclette Tea-Light Cheese Melter be on your table? It's like a chocolate fountain but only with cheese. Imagine keeping the Melter stocked with various cheese as your guests scrape portions atop their food items--bread, potato, veggies, crackers, burger, sliced meats, etc. We all love the cheese-dipping experience at the Melting Pot. The Melter brings this experience to your home.

A properly-equipped bar is a necessity for every home, and that means more than just a few bottles of scotch. You need to be able to properly store, chill, open and serve drinks of all kinds, from a vintage bottle of wine to a fine bourbon. Our emphasis today is on the “open” part of line. There’s a lot of different bottle opener styles out there to pick from, each with their own unique twist and specialized purpose. Here’s a couple of cool bottle openers we’re using right now.

Ray Ban might get all the attention when it comes to Aviators – and they definitely have the history to back that up. But they aren’t the only brand out there with a history of making aviators, and when it comes to those actually being used by pilots in the US Military, Randolph Engineering is where you actually want to look.

Electric bikes are all the rage these days, but they tend to lean more towards commuter road bikes than offroaders. Not the Neematic FR/1 - a hybrid meld between dirt bike and mountain bike, built for rough terrain and performance.

Ricoh WG-50 16 Megapixel Waterproof Camera: A Point-and-Shoot for The Outdoors

Looking for a waterproof, bombproof camera for your outdoor adventures? While GoPro’s are nice, not everybody has the money laying around for one. And some of us prefer a more point-and-shoot, handheld style. That’s where the Ricoh WG-50 comes into play.

When it comes to winter boots, most of us look for function to handle the rugged conditions the environment brings. If you want to combine style with function, Grenson will deliver that plus extreme durability.  Grenson and Tom Snyder have teams to create the Tessera Multi Suede Boot and it is quite nice. Tom Snyder of New York makes effortless everyday luxuries for the modern gentleman. Blending Savile Row craftsmanship with a downtown New York aesthetic, the line is relaxed, refined and always impeccably tailored. Grenson has been in the shoe business since 1866. This partnership between those with years of experience in production and style and you would expect the quality and appearance of the Tessera Multi Suede. The boot takes up to eight weeks to make and involves over 200 production steps. Their patented Goodyear Welted process s a shoemaking technique invented in the 1860s and is still incorporated in all their shoes. In this process, the upper is stitched to a leatherband call a "Welt." The Welt is then stitched to the sole, producing a strength that provide years of wear.