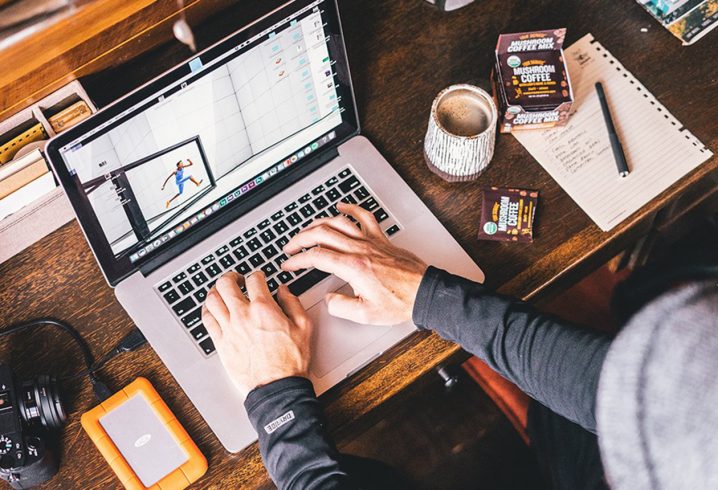 We’re sure you’ve heard the wonders of “superfoods” being bandied about here before. You’ve probably also heard of the almost magical properties of nootropics. How would you like to get the powers of both of those in every single cup of coffee? That’s what Four Sigmatic Coffee is supposed to help with.

Four Sigmatic coffee calls itself “mushroom coffee,” but don’t worry. It’s totally legit and legal – and provides nothing except all-natural and safe energy and health benefits. There’s a few different flavors – all high-quality 100% Arabica beans, mixed and infused with the mushroom of your choice. 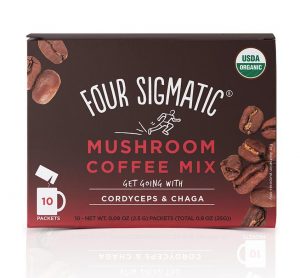 The first thing you’ll probably see is their Mushroom Coffee with Lion’s Mane and Chaga. Lion’s Mane has both nootropic and neuroprotective effects, giving you a little extra focus boost and a bit more creativity – as well as a little extra calm – throughout the day, allowing you to work at your most efficiently while boosting overall brain health. The Chaga mushrooms – “dual-extracted,” according to Four Sigmatic – boost your immune function and keep you feeling and functioning your best. 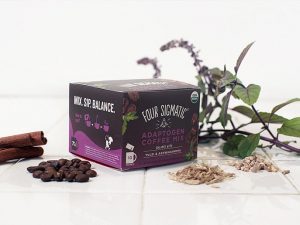 Cordyceps Coffee is particularly interesting. Cordyceps – a fungus growing in the jungles and rainforests of Asia – provides balanced “cellular support,” giving you energy and enhanced immune function throughout the day in conjunction with the Arabica’s natural caffeine. It’s so effective, they say, that it gives you the same amount of energy with half the amount of caffeine. It also has a host of antioxidant properties. Finishing out each cup of Cordycep’s healthful properties is eleuthero – a legendary adaptogenic root from Siberia that purportedly benefits stamina and “overall wellbeing.”

And, before you start worrying, it all tastes just like your favorite cup of coffee – not mushrooms or herbs. (We breathed a sigh of relief, too). Four Sigmatic has a coffee for everything from your typical morning routine to pre-workout, to when you just need to focus hard. And to make a cup, just tear the packet and pour into hot water, stir, and enjoy – no coffee maker necessary. 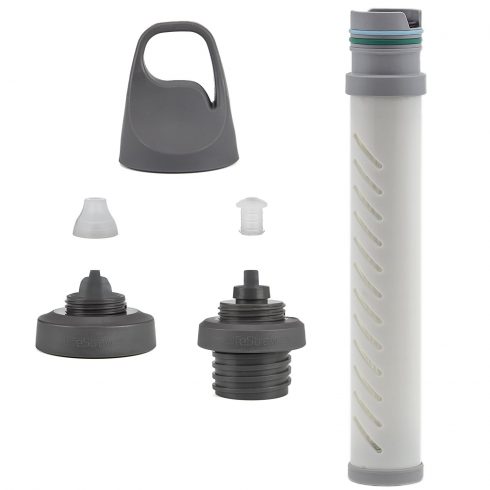 Get The LifeStraw Universal and Filter Water in Your Own Bottle

There's certainly no shortage of water filters out there, and no matter what you prefer - big, small, inline, a separate reservoir - there is one that suits your needs. But it looks like LifeStraw keeps on creating, and now they've given us the LifeStraw Universal, which works by fitting onto your favorite water bottle and filtering water straight out of there.

These Are The Best Cheap Whiskeys To Drink in 2019

Anybody who has ever bought (or even thought about buying) a water filter for their kitchen faucet knows it can be a challenging proposition. Some might say it’s almost easier to buy a water filter for the backcountry than it is for your own home, with the word on the street often being that many of them simply don’t do anything worthwhile.

You Ought To Try and Find A Bottle of Vana Tallinn

What, exactly, hasn’t BioLite come up with? If you like cooking your food over fire when at camp, and at the same time, need to charge up a phone or tablet or two, then the Biolite Basecamp may be for you. This stove uses kindling-size firewood to fuel the fire, and then converts the heat into energy with BioLite’s thermoelectric generato

Ninja Coffee Bar – The Coffeemaker That Changes the Way You Brew

A kitchen is incomplete without a sleek functional coffee/espresso contraption to adorn those granite countertops. The Ninja Coffee bar allows you to enjoy all your favorite coffeehouse brews from home. With a variety of brew types and sizes, a built-in frother, and tons of delicious coffee recipes, you may never have to pay $5 for a cup of coffee again....