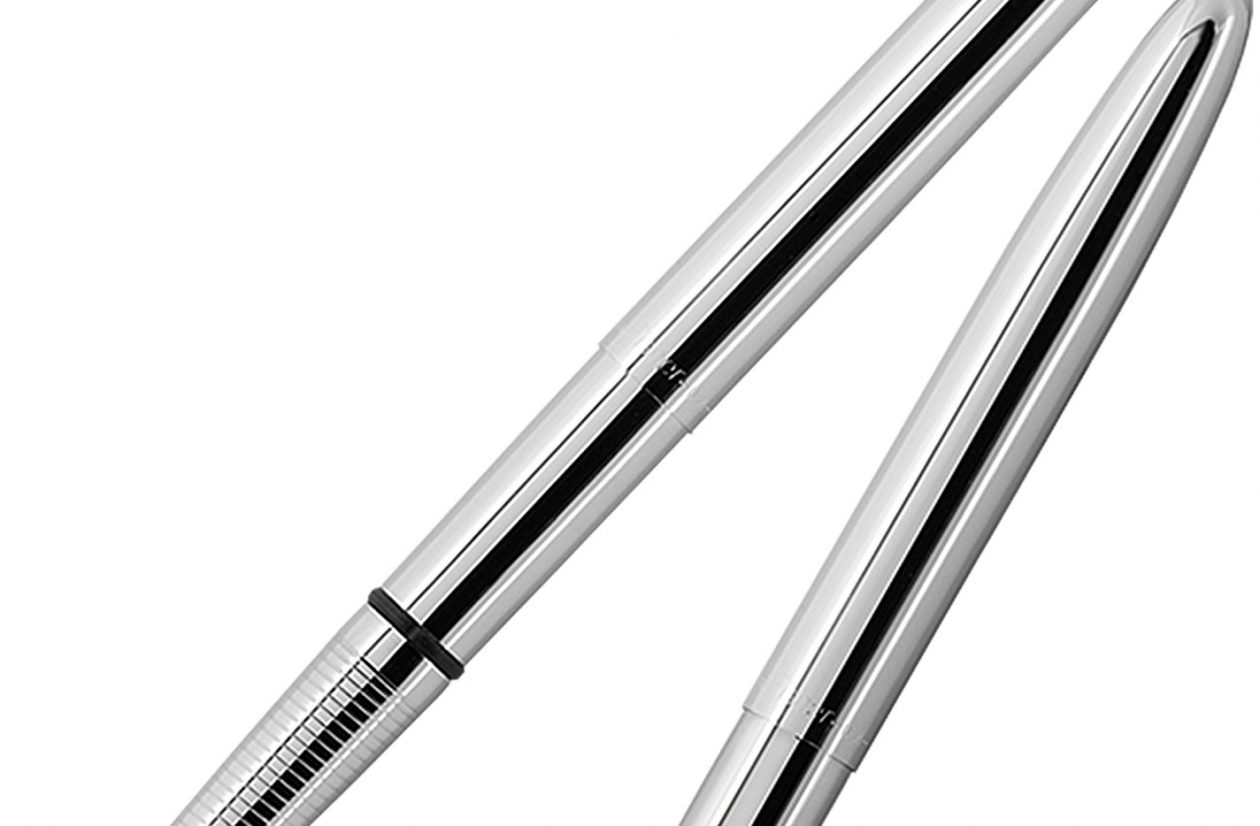 The Fisher Bullet Space Pen goes all the way back to 1948, when Paul Fisher came up with the Space Age design and started machining beautiful new aluminum pens that would soon become perhaps the most popular pen ever made. In fact, it’s been on display at the New York Museum of Modern Art, and is often discussed as an example of mid-century design. The Space Pen is now made of brass with a chrome finish, but the look is entirely the same.

So what about that zero gravity thing? The Bullet Space Pen uses Pressurized Cartridges, designed by Paul Fisher and pressurized with nitrogen gas, with a tungsten carbide ballpoint tip. As a result, they feed ink smoothly, allowing you to write perfectly at any angle, even upside. Meaning they work in Space and were carried to the Moon on Apollo missions. The ink is even specially designed; it is a gel that only turns liquid when pressure is applied. You can write with underwater, and even in temperatures from -30 F to +250 F.

All that, and it looks pretty cool too. Measures 5.25” open and 3.75” long, and the medium point is good for just about everything. Cool and classic, the Fisher Space Pen is the stylus you’ll find yourself reaching for constantly, whether it’s part of your EDC kit, sitting on your desk, or in your pack on your next adventure. Maybe give it a shot when Elon Musk finally starts those launches to Mars. Oh, and old joke about how NASA spent a million dollars on a pen that wrote in space, while the Russians just used pencils? Looks like it’s not true, after all. 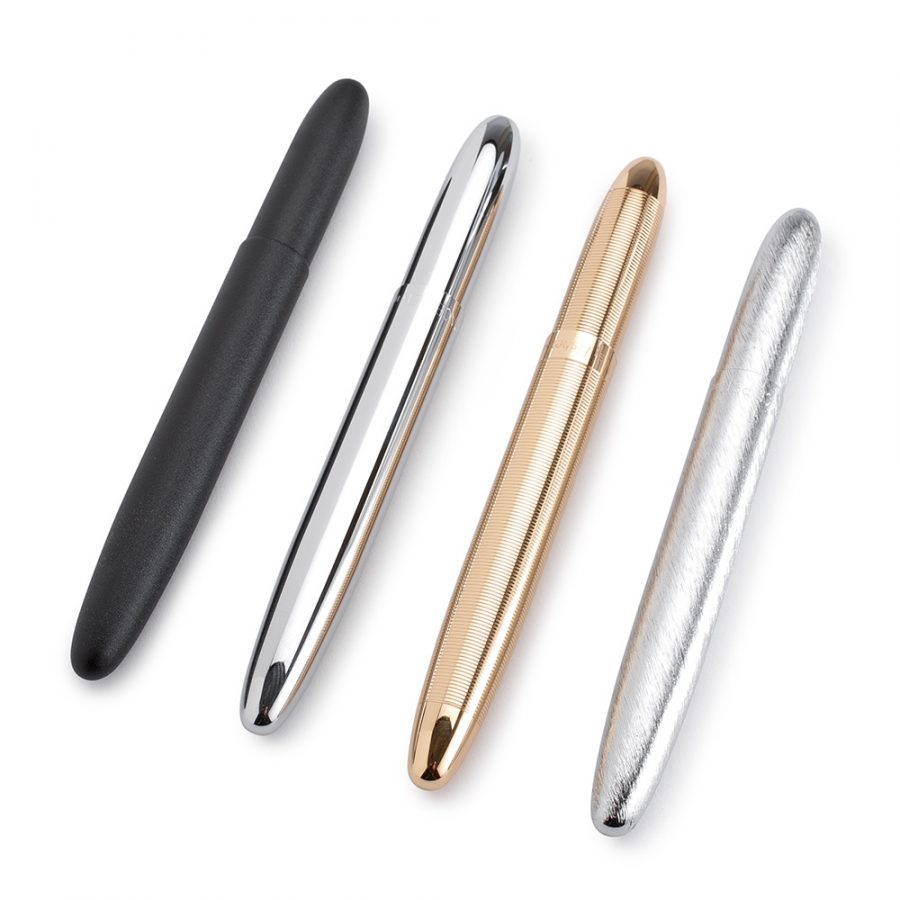 The Spot X Has Two-Way Text Messaging For The Wild

The Bose Soundsport Pulse Come With A HeartRate Monitor