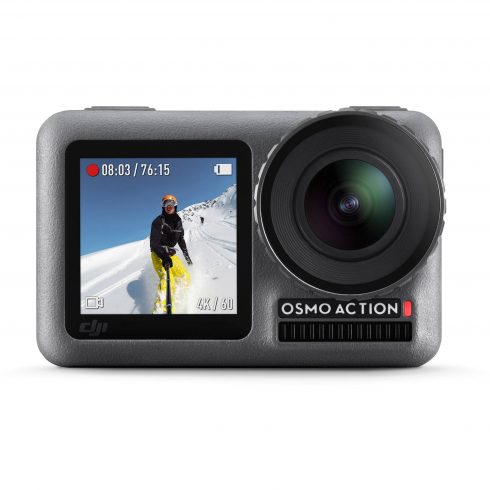 When it comes to tiny cameras created for action, there’s only one name that sticks out: GoPro. They pretty much created and defined the compact, waterproof action camera…but that’s not who we’re talking about today. Because legendary dronemaker DJI is here, and they’ve got a camera sure to send GoPro running for its money: the DJI Osmo Action Camera.

This nifty little 4K camera looks just like a GoPro on the outside; compact and streamlined, and durable. But it also has a few unique offerings of its own that promise to set this bad boy apart from most of its competitors. 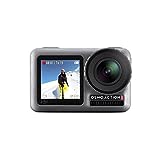 Osmo Action: Front and Back Screens For Selfies and Vlogging

The big difference? Well…apart from the “Osmo Action” stamped across the font…it also rocks two sharp color screens – one on the front and one on the back. Legit.

On the front is 1.4” color screen that’s supposed to “make vlogging and selfies easier than ever before.” Use it like you would any other selfie camera – with a fancy “selfie stick” or other gimbal. But with the Action, you get to actually see what you’re doing as you do it – seeing your record yourself in live color HD. The rear screen is a 2.25” touchscreen, just like you’ll find on any of GoPro’s latest models.

Both screens pack solid and capable brightness of 750 nits. To be honest we weren’t sure what nits were, but it’s apparently what they use to measure brightness on TV’s…and it appears to make the Osmo Action amply bright for viewing and using comfortably in even the brightest and sunniest of days. This is a major perk for a camera that’s designed from the ground up for using on outdoor adventures in all weather and locales.

And, since DJI is a gimbal maker in addition to a drone maker, it also rocks some high-end, rock-solid image stabilization, called RockSteady. It’s built off the legendary electronic image stabilization (EIS) that the brand used to build their drones – and it works like a champ, even when recording in 4k at 60fps (a good feat for any camera).

You’ve got your pick of nifty video modes, too; from slo-mo, timelapse, and a host of controls for exposure and more.

The Osmo Action is built for – well, action. So like GoPros cameras, it’s also entirely dustproof, shockproof, and waterproof, down to 11 meters of depth, capable of working in both sub-freezing temperatures and even to an extent in high heat. We would have absolutely no qualms about using this nifty little device for everything from whitewater rafting to mountain biking in a thunderstorm.

The Osmo Action Will be out May 22. You can pick it up from the DJI store or from Amazon – for exactly the same price as the GoPro Hero 7. 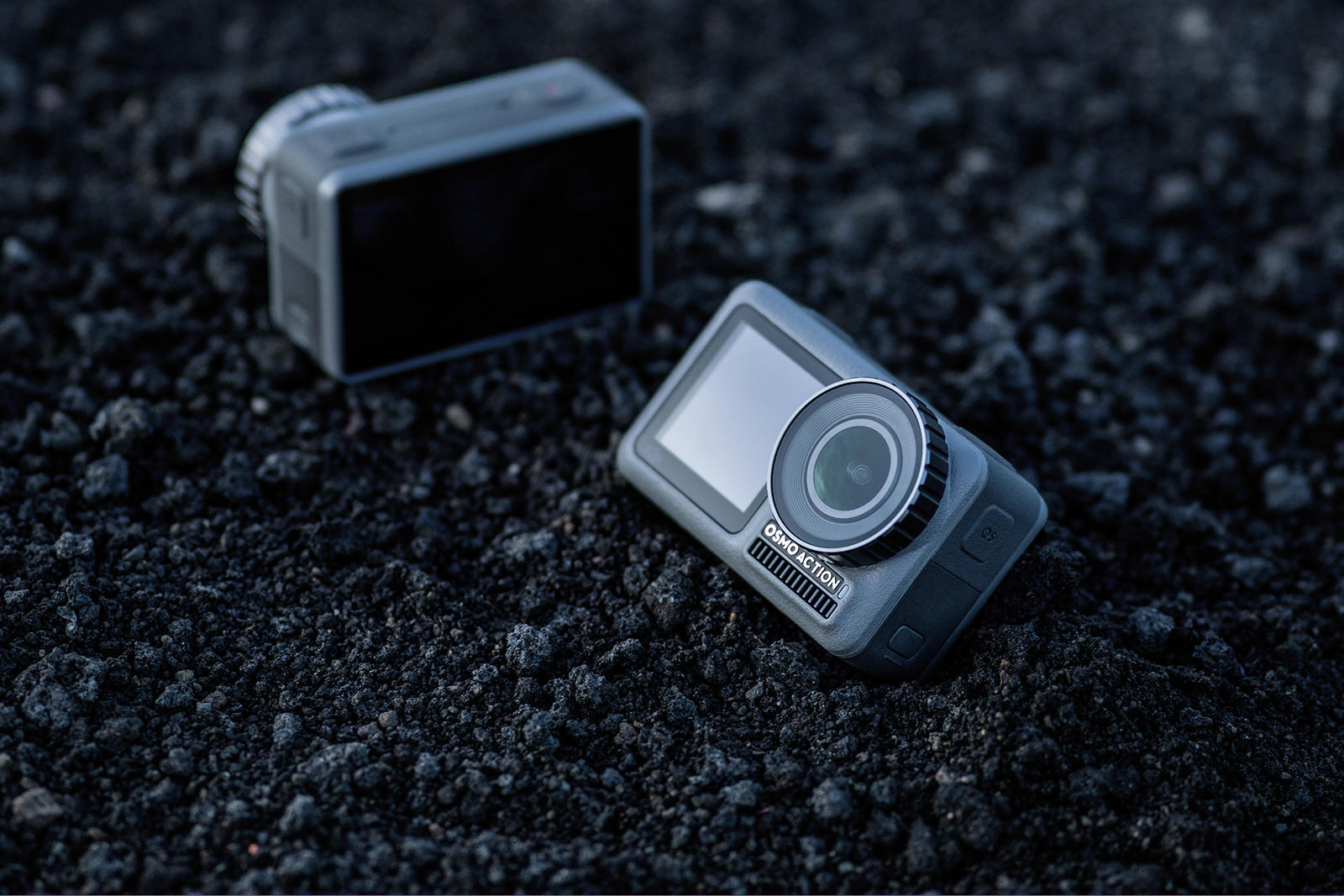 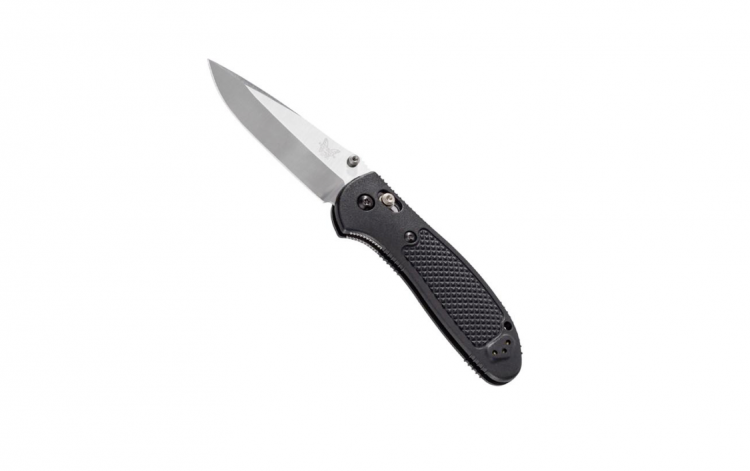 Sunglasses aren't just about eye protection...they have to make a statement. Walden is new on the scene. Their focus is on sustainability and a classic, vintage look. It's working well for Warren.

The New Venmo Debit Card Makes Spending Easier (Is That A Good Thing?)

The Venmo app already made paying back our friends unbearably simple (it’s like Paypal, but even simpler, and easier), and this new Venmo debit card is going to take that one step further. Now, you can pay for things with the money directly in your Venmo account, anywhere that Mastercard is accepted. It’s literally just a debit card hooked up to your Venmo account.

Bose Sport Earbuds: Motivation for the Best Workout Ever

When it comes to your wallet, smaller and thinner is paramount. With the new Fantom wallets, you get those features plus. These wallets are more pocket friendly; lighter weight; free of extraneous pockets, pouches, and material; and much more trendy/handsome than your classic leather billfold. Sometimes when you select a slimline, minimalist wallet you have difficult accessing the contents. Well, it looks like the folks behind the Fantom wallet have figured out a way to circumvent that problem. The Fantom Still features a clever eject lever built into it that fans your cards out with just a flick. That means you can grab the exact one you want without any fuss. That same lever also functions as the lid to the optional coin compartment. The Fantom also offers RFID protection while your cards are securely stashed inside, has an external money clip for your cash, and comes in a variety of colors and materials (including aluminum, titanium or carbon fiber). This clever minimalist wallet comes in three sizes (for 7, 10, or 13 cards) and starts at $60.