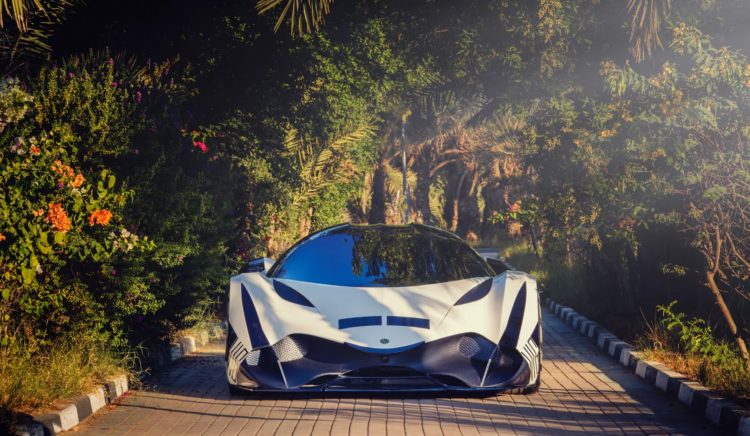 The Insane Devel Sixteen Boasts over 5000 Horsepower and 320 MPH

There are powerful cars, and then there are powerful cars. The Devel Sixteen is the latter. Designed by Paolo Garella, who used to work at Pininfarina and later designed the Apollo IE, this beast of a car was first seen as a concept at the Dubai Motor Show in 2017, and it looks like they followed through and put this bad boy into production.

There are powerful cars, and then there are insane, unchained beasts of powerful cars. The Devel Sixteen is the latter. Designed by Paolo Garella, who used to work at Pininfarina and later designed the Apollo IE, this beast of a car was first seen as a concept at the Dubai Motor Show in 2017, and it looks like they followed through and put this bad boy into production.

The actual production car is made from a super-light, carbon fiber body, and boasts a quad-turbo, V16 engine that claims to put out over 5,000 horsepower. Yes, do a double-take or two. Over 5000. That is, if you were wondering, an insane amount of money. They say it will reach 320MPH, and with just the 3000-horsepower version.

The carbon fiber was produced in Dubai, while the engine was made in Michigan by Steve Morris Engines. You’ll be able to grab the Devel Sixteen in three models – the base model, with an LS V8 Turbo engine and 1500 horsepower. Then there’s the V16 with 3000 horsepower, which boasts the top speed of 320 MPH and costs a cool $1.8 million. After that, there’s the nearly-mythical 5000 horsepower V16, which is, unfortunately, not street-legal, intended for racing only.

No other details at the moment, but the Devel Sixteen looks beyond beautiful. And insane. The first car off the production line was delivered to rapper Drake. Maybe you’ll get the second. 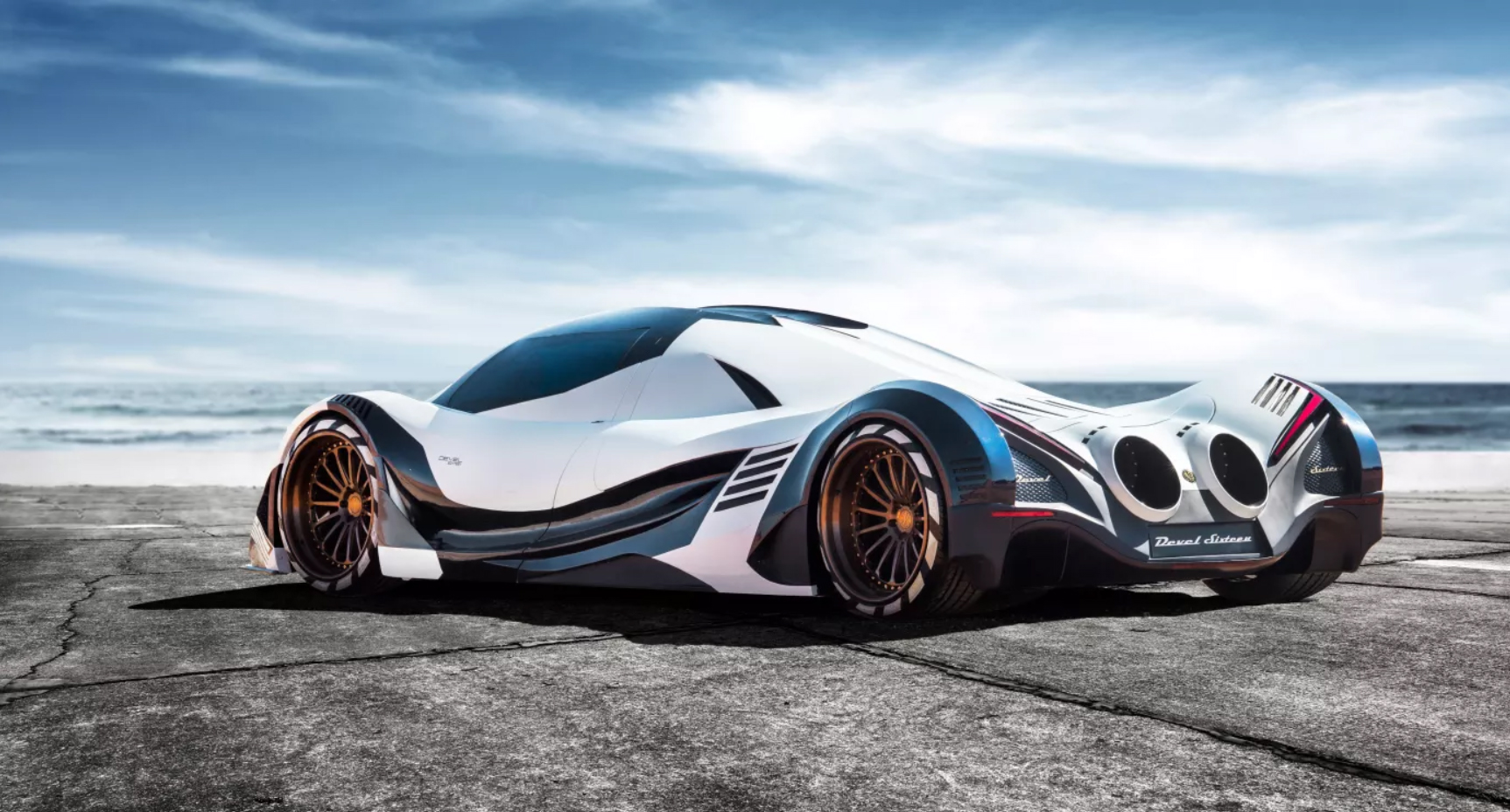 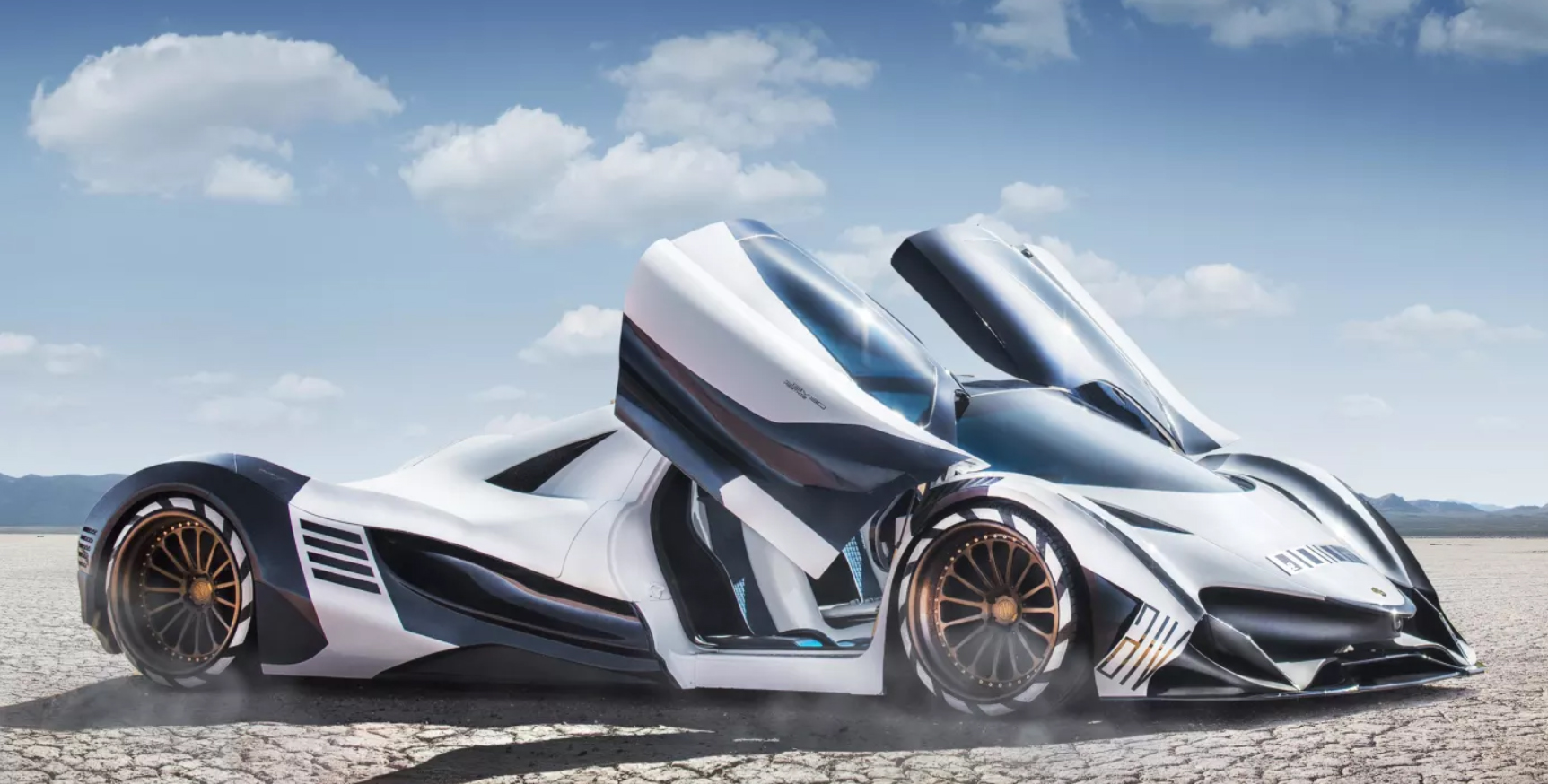 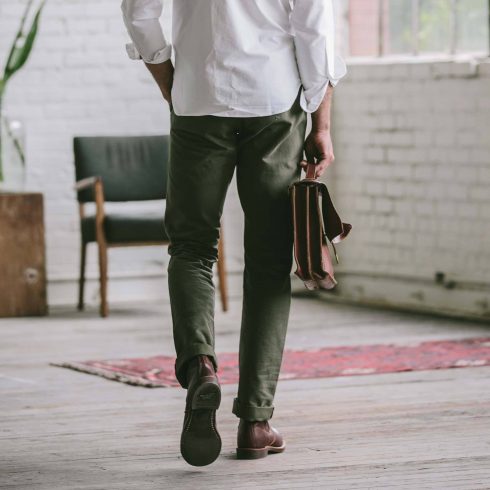 Taylor Stitch calls their Democratic Chino the “most comfortable and hardest wearing chino out there,” thanks to the 9.5 oz Brushed Spanish Twill cotton fabric it’s made from – which they compare to a hardened steel frame with an air ride suspension.

The High Pile Hoodie is a thoroughly modern jacket with an old-school vibe – a piece that looks like it came straight from your weekend camping trips growing up. A thick, warm, soft, fleece jacket with a trusty hoodie look.

The 2018 Maserati GranTurismo Is A Classic Of Italian Sportscars

The recently announced 2018 Maserati Granturismo, and it's just-announced updated Convertible twin - are both classic cars and examples of fine Italian style and design. The outside of the car itself doesn't seem all too different, but there is a new, updated grille that complements the new front fascia and updated rear bumper. While these changes may seem subtle at first, they effectively help reduce the drag coefficient from 0.33 to 0.32 for the GranTurismo and from 0.35 to 0.33 on the Convertible model.  The engine is a throaty 460-horsepower 4.7-liter V-8, paired with a 6-speed automatic transmission - that goes from 0-60 within 5 seconds flat.

This Inflatable Kayak Costs Less Than A Pair Of Running Shoes

Kayaks aren’t generally something you want to skimp on when it comes to budget, but when you can find an inflatable kayak available for less than $80 on Amazon, with 4.5 stars and free Prime shipping, maybe it’s worth taking a look at.

The name Lightweight is synonymous with quality, and they bring high-end, German engineering to everything they create. Their newest bike frame, the Urgestalt is built from Carbon Fiber and is one of their lightest frames yet, and we're excited to get our hands on it.

Melinda’s Jalapeño Ketchup: Thank You For Another Food Obsession

I put ketchup on ketchup. Ketchup on eggs, steak, fries, fish...and about anything if you are a ketchup lover. After you've seasoned on the inside, it's time to season on the outside. Melinda has now added to those with a ketchup obsession. Melinda's Jalapeño Ketchup is a delectable, all-natural balance of heat and flavor. Melinda's is a blend of the freshest all natural ingredients blended perfectly with the tangy jalapeño pepper. The result is a spicy and tangy ketchup with a bold flavor.

The Piorama Adjustable Bag Adapts To Any Adventure

Piorama has really stepped up the duffel game with their Adjustable Bag, which does a lot more than just adjust some straps for a comfortable fit. It has cinches on both ends, that allow it to adjust to 31l, 46.5l to 62 sizes