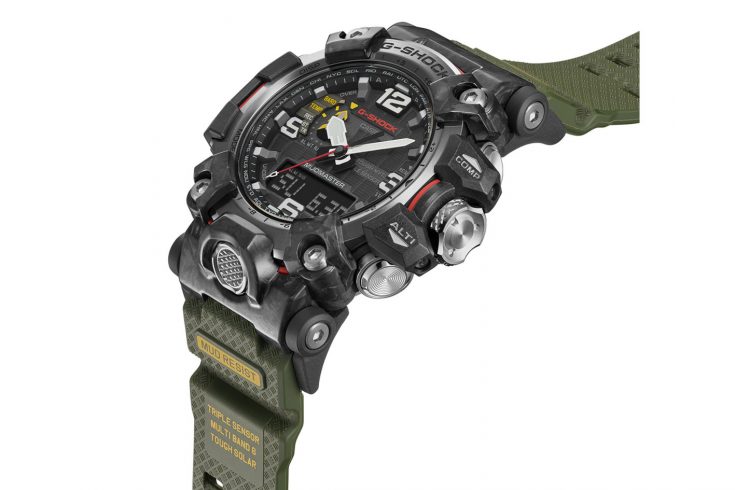 We all know that G-SHOCK watches are among the best sports watches out there, and they’ve stayed at the top for decades. But, which model should you choose? After all, the G-SHOCK library features a vast array of options.

Founded in April 1946, Casio is an iconic name in the global wristwatch industry. But, of course, this Japanese brand also designs many other products, such as calculators, digital cameras, and musical instruments. To be precise, the first Casio watch appeared in 1974, and as they say—the rest is history.

Then, ten years later, in 1984, the famous G-SHOCK stepped onto the scene, raising the bar in the tactical watches segment. These robust yet technologically refined timepieces took the world by storm, and G-SHOCK wristwatches are a must-have for anyone interested in outdoor sports or similar activities.

HOW TO BUY THE BEST TACTICAL WATCH:

Even though the CASIO G-SHOCK Mudmaster is a safe bet for anyone looking to buy a reliable sports watch, not every timepiece out there deserves your attention. For that reason, here’s a quick checklist to help you find the best tactical wristwatch in 2021. 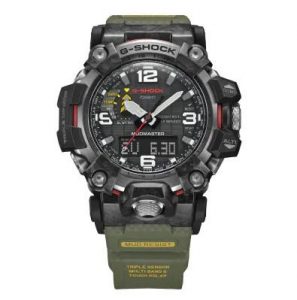 First, check the materials to see if the watch will handle everything you throw in its path. After all, tactical timepieces must go through mud or water with ease. Also, a rugged case with scratch-resistant glass is necessary, so check these elements before doing anything else.

The next step might seem irrelevant, but you’ll give up on your new watch within a week if you don’t like how it looks. So, double-check the design and ensure that the aesthetic aspects are top-notch. For example, the CASIO G-SHOCK Mudmaster in the 2000 series is a beauty of a sports watch.

As the name says, tactical watches are multifunctional timepieces capable of handling various tasks. Thus, it’s essential to buy a dependable wristwatch with an array of features that will help you out in the wild. For instance, the Mudmaster GWG-2000-1A3 comes equipped with several sensors and possibilities.

Finally, check the price tag to avoid paying too much for a low-quality watch. In some cases, the overall quality justifies the higher price, but the market also offers many affordable timepieces that will meet your every need. Of course, one such model comes from the second generation of Mudmaster, and the upgraded GWG-2000-1A3 will not burn a massive hole through your wallet. 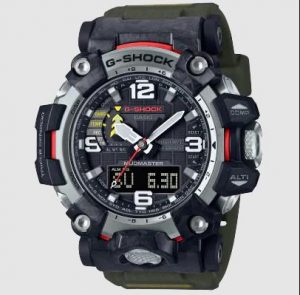 Now it’s time to focus on the specific elements of the Mudmaster 2000, and there are plenty of them, so let’s get started. After the massive success of the initial 1000 series, the new G-SHOCK Mudmaster aims to replicate and overcome the popularity of its predecessor.

Primarily, we should mention the impeccable quality of materials used by CASIO with this model. Everything starts with the revolutionary Carbon Core Guard Case structure, which premiered in the Mudmaster 2000 series. In combination with mud-resist buttons, the stainless steel case will handle the roughest terrains and the harshest environments with no hassle.

In addition, the forged carbon bezel is more durable than the one in the previous Mudmaster series. The same goes for the textured band with no-slip heavy-duty rubber grips. Like everything about this timepiece, the band is extra durable. 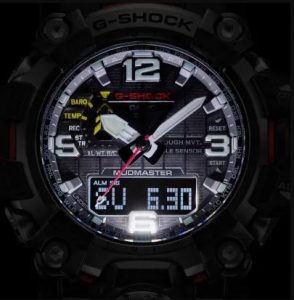 Any timepiece that meets these requirements deserves respect, including Mudmaster GWG-2000-1A3. Moreover, these qualities make this timepiece an unbreakable watch worth every penny.

Over the years, G-SHOCK watches earned the reputation of being versatile and capable of handling various tasks. The same applies to the Mudmaster 2000 series that offers an impressive range of features and functionalities.

For example, this tactical watch features a barometer, an altimeter, and a digital compass. In addition, you’ll get a thermometer, a stopwatch, and a timer. As expected, several bright LEDs will illuminate the essential areas.

RUGGED AND READY FOR ANYTHING

From everything we’ve seen, CASIO G-SHOCK Mudmaster GWG-2000-1A3 is a premium tactical watch that hides plenty under the hood. For instance, the dependable solar-powered mechanism ensures a consistent power supply, meaning that this watch will never leave you stranded.

Also, the water-resistant case allows the Mudmaster 2000 to dive with you up to 200 meters below the surface. Likewise, this tactical watch can handle freezing weather with no hassle, and the second generation of Mudmaster survives temperatures as low as -10℃/14℉.

We should also mention the scratch-resistant Sapphire crystal glass with glare-resistant coating and buttons with silicone buffers. As expected, every detail adds to the overall feeling that GSHOCK Mudmaster 2000 is the most capable tactical wristwatch in 2021.

SHOULD YOU BUY IT?

After seeing it in action, we have fallen in love with CASIO G-SHOCK Mudmaster GWG-2000-1A3. And who wouldn’t, given that this timepiece ticks all boxes for being a high-quality outdoor-oriented watch.

Best of all, the Mudmaster 2000 comes at an affordable price, below the industry standard. And yet, you’ll get a chance to join the army of G-SHOCK fans and wear a CASIO trademark. Overall, the watch is easy to use, functional, and as durable as tactical watches get. So, what more could you need? 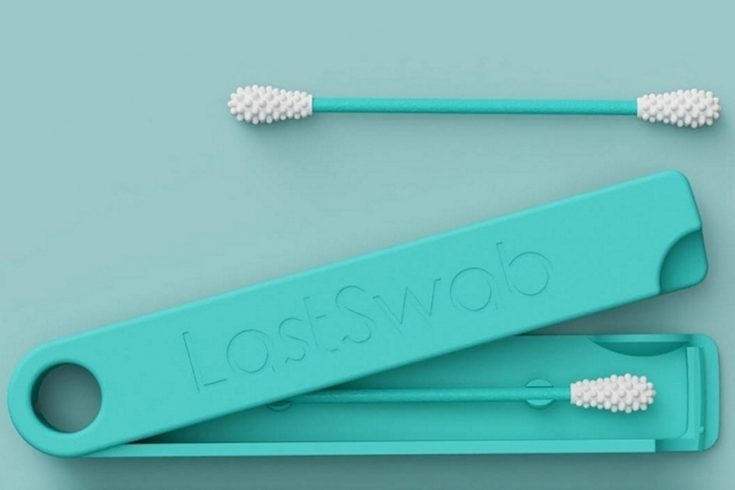 A Reusable Cotton Swab? You Gotta Be Kidding….LastSwab

The Playdate is A Cranking Good Time

10 Best Sports Watches for Men in 2021: Which One Meets Your Needs?

Flying Selfie Camera? AirSelfie 2: An Ultra-Lightweight Camera Has it All

Half Sun: The Dirt-Cheap Fitness Tracker That Tracks Blood Pressure

This Ingenious “Rolling Grill” Rolls Up When Not In Use

Backpackers and campers seeking a lightweight, compact, portable grill have their pick of a number of options, from disposable bamboo grills to more conventional choices. But few are quite as ingenious and portable as BISON GEARS’ Rolling Grill.