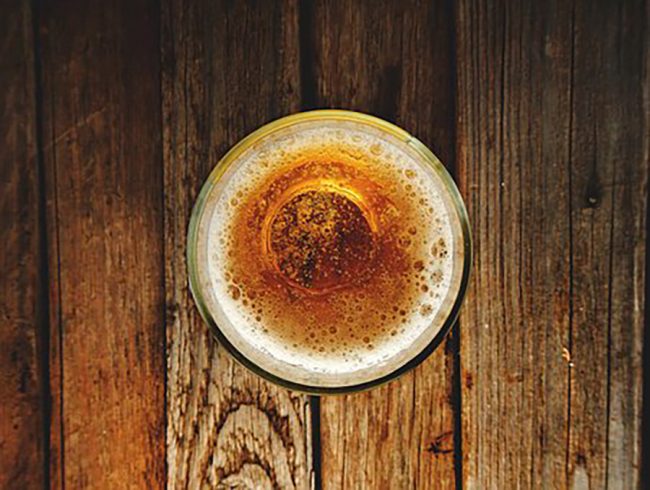 After a long day hitting the slopes or hiking in the snow, there’s nothing quite like sitting by the fireside with a cigar and a warm drink to help defrost yourself. And holiday get-togethers aren’t complete without some kind of drink in everybody’s hand.

Whether you’re looking for something warm and sweet – like a Hot Buttered Rum, something a little smoother and sophisticated, or some literally rattling, one or two of these winter drinks is sure to please.

After a long day hitting the slopes or hiking in the snow, there’s nothing quite like sitting by the fireside with a cigar and a warm drink to help defrost yourself. And holiday get-togethers aren’t complete without some kind of drink in everybody’s hand.

Whether you’re looking for something warm and sweet – like a Hot Buttered Rum, something a little smoother and sophisticated, or some literally rattling, one or two of these winter drinks is sure to please. 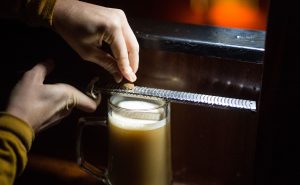 This warm and toasty classic dates back to Colonial times; it was actually a common drink among English sailors, but found a particularly warm welcome in the taverns of Colonial New England, where it served as an antidote to the long, dark and bone-freezing winters of the region. Warm and frothy, the Flip is a mixture of ale, rum or brandy, some molasses and an egg. Traditionally, it is stirred with a hot fire poker to give it a frothy texture, but you can get by with just the stove top. It’s topped off with grated nutmeg for a nutty and spicy finish. Flip Recipe – via Punch

What exactly is a Wassail, you ask? Like the Flip, this drink was extremely popular in the American Colonies, though it is thought to date back to the Middle Ages – at least the 13th century –  though it took on a different form then. Traditionally, one would partake in the hot beverage while wassailing, a tradition of singing a toast the orchard trees to ensure a bountiful harvest the next year. The wassailing tradition later took on another form, where wassailers would go door-to-door singing and exchanging gifts – a precursor to the more familiar tradition of Christmas caroling.

The version we’re touching on today is a steamy combination of sherry, apple cider and cinnamon akin to mulled cider or wine, and perfect for the fireside. Wassail Recipe – via Punch 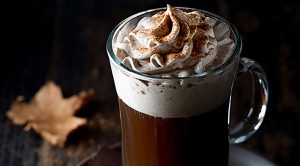 We couldn’t ignore Irish Coffee now, could we? This traditional cocktail is welcome anytime of year, but winter calls for a spiced version. The Irish Coffee itself is simple; black coffee, Irish Whiskey, a dash of brown sugar, and a topping of whipped cream. The spice version includes some nutmeg or pumpkin, as your taste buds prefer, blended with whipped cream. Spiced Irish Coffee Recipe – via The Spice Train

With a name like that, this drink better be strong and bracing if it plans to deliver. Like the Flip and the Wassail, this one dates back to the Colonial Days, and gets its name from the pure strength and vigor of the drink. It’s a blend of beer or ale, mixed with rum, lime juice and nutmeg. But if you want to get the proportions authentically right, it needs to be 3-4 ounces of rum (that’s two drinks) poured into a pint of porter or ale. Add half a lime of juice and top with nutmeg. Guaranteed to warm you up, keep you warm, and rattle your brain a bit in the process. Rattle Skull Recipe 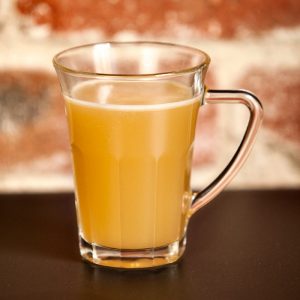 This classic drink is pure winter, and a warm, toasty blend of rum, hot water, butter, brown sugar and spices. Though the recipe usually calls for dark rum, we find it also works well with a white rum, such as El Dorado 3 Year or even some Bacardi Silver. Be sure to mix it properly and thoroughly to keep the butter from forming an oil slick on top, and to get the full flavor. Hot Buttered Rum Recipe

Those drinks a little too sweet for you? The New York Sour is much like your classic whiskey sour, but also has a red wine float on top for some extra kick and maybe a hint of sweetness. Some people even throw on some egg whites for added texture and froth, but it tastes just as good without. – New York Sour Recipe

Regular margaritas are great for relaxing by the beach and all, but when the weather turns snowy, it’s time for a winter margarita. It’s much the same, but this recipe – courtesy of Esquire.com – adds an egg white for some added flavor and texture. They also use mezcal, as opposed to tequila, which gives it a smokier, more substantial – exactly what winter calls for. – Winter Margarita Recipe 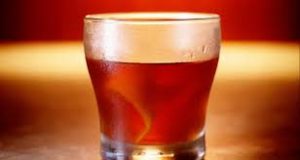 Another drink just begging to be enjoyed by the fireside. The Applejack Sazerac uses Laird’s Bonded Apple Jack Whiskey, which gives it some of that spice and flavor to warm you up. Pair it with a spiced whiskey, or one with citrus notes, for the perfect pair. The bitters smooth out the flavor and fruity citrus, keeping the drink well rounded and strong. And don’t forget the absinthe, which gives it veritable kick.  – AppleJack Sazerac Recipe

The Best Mountain Bike Tires Of 2018

Outfitting your mountain bike with the right tires e tires can make or break your offroad exploits. In the same way that bulky, overly treaded tires will slow you down on the road, tires that are too smooth and too small will affect your traction on the trail, ruining your cornering as well as being potentially unsafe. Choosing the right bike tires is no different than choosing some for you car, really, and it’s important to find the right set.

Perfectly cooked and browned homemade pizza is a delicacy, and a prerequisite in any chef's repertoire. And thanks to the Ironate Stovetop Pizza Cooker, you can now make some right on your stove, without the need for an oven, and in as little as three minutes.

When you first pick up and try on a Taylor Stitch Heavy Bag Tee, the first thing that will probably occur to you is exactly how thick, soft and comfortable it is. This isn’t your usual t-shirt. Nope, it’s not even a t-shirt you would get from a slightly-upscale clothing company.

Rube Goldberg machines are amazing works of art...simple machines personified. With the valued STEM programs in education, these Goldberg creations are sure to motivate those curious, problem-solving skills in students. For the rest of us, these are creations are nice entertainment.

When it gets really cold on your next overnight outdoor trip, you might find yourself reaching for a sleeping bag liner to add some extra warmth to your already warm sleeping bag. A good liner can add anywhere from 10 to 25 extra degrees to your sleeping bags effective temperature rating, providing much more warmth and comfort as the temperature drops. The most effective solution? The Sea to Summit Reactor Extreme.