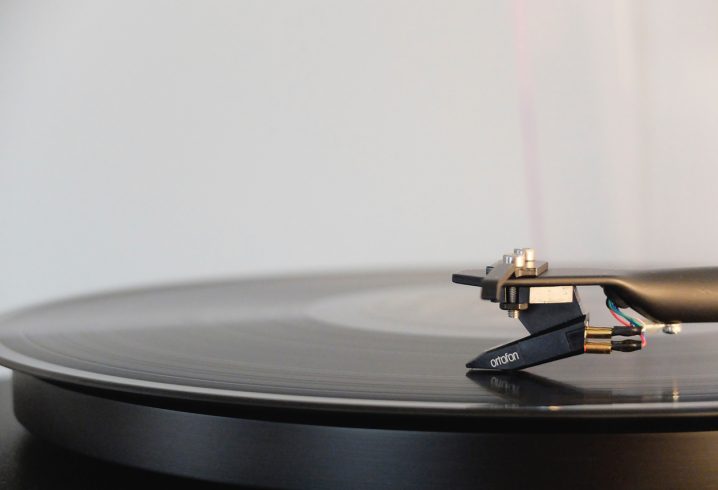 Record players are in again. CDs have been out of style for a while, but music enthusiasts still want to listen to their tunes on physical format (thanks to its superior quality). Vinyl has re-entered the stage to fill that void.

A good record player does more than just play music. It gives a room atmosphere. But for someone who may not know much about record players, finding the right one can be overwhelming. That’s why we are here

We’ve put together a list of top picks for the best record players of 2019 – ranking them according to sound quality, materials, versatility, and overall aesthetic as told by both our opinion and reviews from music lovers across the internet.

Without any further ado, here are 5 best vinyl record players of 2019.

The Rega Planar 3 is one of the newest options for a good  turntables on the market. It has a belt-drive motor, Elys2 MM cartridge, black, white, and red finish, and can play 33 and 45 RPM records.

It’s also exceedingly simple. It doesn’t have a lot of bells and whistles, which means there’s nothing to get in the way of its main functionality. The modest design reflects the classic turntable design that hasn’t changed much in the past 30 years. Overall, the Rega is a great entry to mid-level record player with a great price/quality ratio.

This belt-driven record player sells for a pretty penny but delivers some amazing quality. Solidly built, the Audio-Technica AT-LP7 fixes the problem of inconsistent revolution with a very precise speed sensor – getting constant and clear sound quality all the time. In addition, the J-shaped tonearm has precision bearings that minimize vibrations and playback errors, along with a moving magnet/coil cartridge. 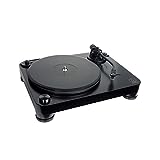 The Crosley C6 is probably the most old-fashioned looking record player on this list. It’s also one of the most affordable. It looks good, plays well according to reviews, and has been known to last for a while. Despite its very low price-point, this belt-driven record player has a reputation for reliability, as well as a fully adjustable tonearm and Audio-Technica magnet cartridge. It can play both 33 and 45 RPM – but not 78 RPM – records.

The Crosley C6 comes with a USB out port, so you can hook up your record player to any USB compatible device and play your favorite tunes through the speakers.

Perhaps the most stylish on this list, the U-Turn gets points for its sheer aesthetic appeal and wide color selection. This high-performance belt-drive turntable has a precision Ortofon cartridge, treated acrylic platter, and high tensile manual belt-drive. It also comes with a dust cover, a set of RCA hook up cables, a felt mat, and a 2-year warranty that covers all manufacturer damage. The elegant stylish design highlights the simplicity of the rig. There is no USB connection, and you will have to pay extra for a pre-amp, however.

Closing out our list is the beginner-friendly Sony PSLX200 USB turntable. This record player is widely recommended for beginner record collectors who need an affordable yet reliable turntable to get used to. It’s fully automatic, so you never have to worry about needle placement, and it as a built-in phono preamp, so you can take better advantage of directly plugging into external speakers. It also has USB output, in case you wanted to convert records from analog to digital format.

What to Look for in a Vinyl Record Player

Before buying a vintage record player, make sure to take a look at the following features.

Both manual and auto players have pros and cons. Manual players allow you to start and stop the record at virtually any point you want, but without proper technique, it can badly scratch your records. Auto players take all the guesswork and precision out of placing and setting the needle, but many people feel they lack the classic retro charm of manual record players.

There are three main different sizes of vinyl records, each measured in revolutions per minute (RPMs). Most record players have a speed switch so you can adjust the speed of rotation depending on what kind of record you are playing.

Seven-inch records play at 45 RPM meaning they make 45 complete rotations every minute. 45’s normally have about 5 minutes of music on each side and are often used for singles or just a few songs.

12-inch records play at 33 RPM and are the most common kind of record that you would see in a normal record store. 12-inch records normally have around 25-30 minutes of music per side and are usually used for regular full-length albums.

Virtually every turntable out there can play 33 and 45 RPM records, though much fewer support 78 RPM records. REcord players that can play 78 RPM records will be labeled “three-speed support.” Unless you are collecting records pressed before the 60s, then you most likely will not need a three support record player.

To be clear, just because a record player is set to 45 RPM does not mean it rotates at exactly 45 RPM. Some record players may run a bit slow and the needle may actually move slower when it is near the edge of the record than near the center.

The platter, tonearm, and stylus are the three most important parts of a record player and explain how they make music. The platter is the spinning plate that the record sits on when it is in motion. In general, a thicker platter is better as that reduces vibrations and makes the sound from the record more clear. There are also platter mats that you can add to increase the weight of the platter.

The tonearm refers to the level that swings over the disc and lowers the needle. The material and quality of the tonearm can greatly affect how well the record plays and how accurate/consistent its rotation is. Most tonearms are made of aluminum, though some argue that carbon fiber would make a superior tonearm.

Lastly is the stylus – the needle that makes contact with the disc. The quality of stylus determines the detail and accuracy of sound reproduction. The average record player stylus needs to be replaced every 1,000 or so hours of play.

The feet on the bottom of the record player are often overlooked, which is a shame; feet can have a large effect on sound quality. The purpose of the feet is to absorb vibrations that are produced by the speakers or movement in the room. Too many vibrations and the record will skip, so you want to make sure you get a record player with durable feet on the end that won’t slide or move around.

Direct-drive record platters have the motor connected directly to the platter. Direct-drive motors are a favorite of DJs as they can reach top speed quickly. 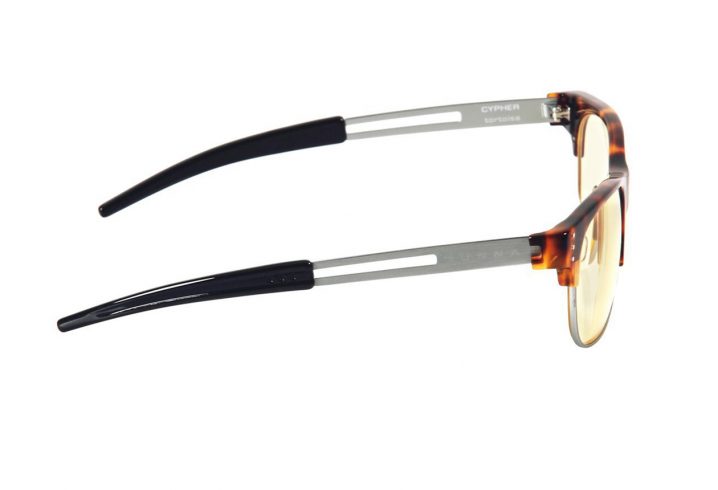 The XTND Board: – the World’s First Electric Skateboard

Back to the Future told us there would be flying skateboards by 2015. They were wrong, but XTND, Inc has just launched a Kickstarter for the XTND Board, their electric longboard skateboard, which they say is revolutionizing urban travel.

You're probably thinking these are perfect for those who want to “rough it up” out there. Even though that is one application, these cut-resistant Kevlar sleeves actually have many practical applications. For example: Applications Mechanics Welders Motorcyclists Pet Groomers Cat or Dog Owners Glass Handlers

Who doesn't love the smell of motor oil in the morning? This scented candle has been making the rounds on social media, thanks to its highly unusual but still wonderful scent; moto oil and leather. (We say highly unusual, but let's be real; scented candles come in all kinds of weird scents).

Bouqs Flower Subscription is a Must for Farm-Fresh, Cut-to-Order Freshness

OK. We all know giving and sending flowers can be very expensive, but when you want to honor that special person, you will pay any price. Why not honor AND save at the same time. There are subscription services for about anything you can think of—Bouqs Flower Subscription service is one that will bring much happiness to the recipient.