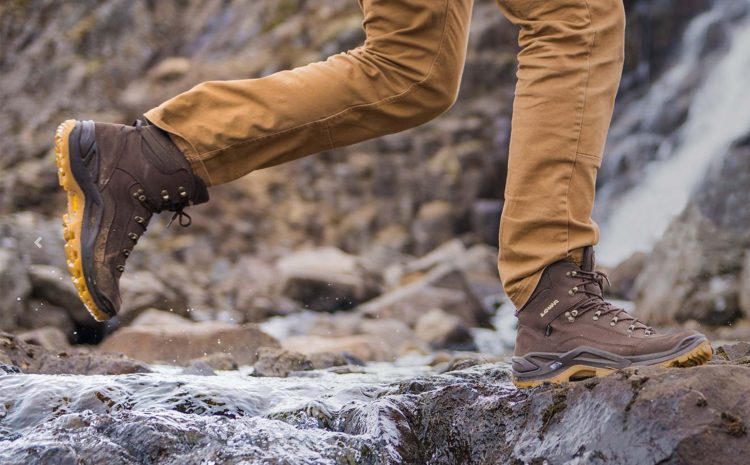 Lowa has been making footwear in Germany since 1923, and we’d stack their hiking boots up there with the best of the best from many other brands. From alpine mountaineering to everyday hiking, casual boots to tactical boots, Lowa knows their stuff and consistently makes  some of the best hiking shoes in the business.

Interested? Here are 5 of Lowa’s best boots ought right now. 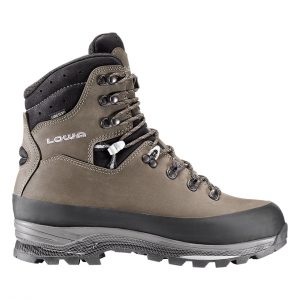 The Tibet GTX is the all-around hiking boot for backpackers and hunters, and one of Lowa’s most popular models. 7” tall with an nubuck leather upper, the Tibet is stiff and sturdy, with a board last and cemented sole. The Gore-Tex lining keeps water out while letting your feet breathe on long hikes. The sole is a Vibram Masai.

There are some very handy features that set them apart from other similar boots, too, like the I-lock lacing cam, which allows you to separate lace tension between the ankle and the top of the foot; and the FlexFit lacing. They’re resoleable, too – uncommon for hiking boots.

The Tibet GTX are burly, yes, and heavy – weight almost 2 pounds each. But they’re stiff and supportive, and if that’s what you need for long backpacking and hunting trips with a heavy pack and rough terrain, you certainly can’t go wrong with them. 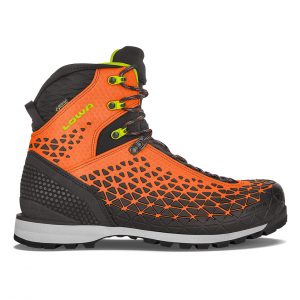 The Alpine SL GTX is a new addition to Lowa’s lineup – a lightweight alpine shoe designed for training and acclimatization. It has a REPTEX upper coated with polyurethane “scales” that resemble a reptile’s skin, allowing it to protect against abrasion without the weight of a rubber outer. There’s a Vibram Alp Trac SL sole for traction on all surfaces, as well as the waterproof and breathable Gore-Tex upper.

What’s the real draw here? The ultra light weight, of course; the Alpine SL GTZ weighs only 2.42 lbs per pair. That’s practically weightless – for a pair of Gore-tex line boots or a good pair of Alpine boots. We all know how just a few ounces can really affect stamina and effort expended during long expeditions – especially uphill ones – so keeping a pair of alpine boots that light is really something. Made in Italy. 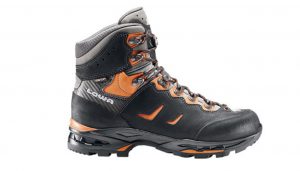 The Camino GTX was built for long treks in rugged terrain and inclement weather and judging by the praise it’s received across the internet, we’d say it’s succeeded. It’s not as stiff and supportive as the Tibet GTX, instead opting for a lighter (3.44 lbs) and nimbler approach. Nubuck leather upper, rubber toe and heel caps, a resoleable last and a DuraPU midsole make for solid construction, and it’s got all of Lowa’s best design touches for a comfortable fit: LOWA Flex lacing for 2-zone lacing, X-Lacing, roller eyelets. A Vibram APPTrail sole for traction and Gore-tex lining for waterproofness seal the deal.

Though again, it’s not as heavy and stiff as the Tibet GTX, the Camino still works well for carrying large packs – especially when hiking long distances. They hold their own on rugged mountain terrain, and GTX keeps them nice and dry. All reasons they are some of Lowa’s most popular hiking boots. 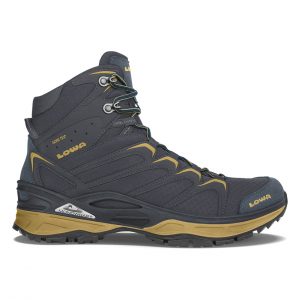 For a truly lightweight, fast moving boot, look at the Innox GTX. It’s built on top of their injected Dura PU Midsole and PU MONOWRAP frame for a durable, stiff construction; the midsole contains DynaPU shock absorbing zones for a softer, springier step. There’s the requisite GTX lining for waterproofness and a LOWA NXT sole for traction and grip.

At only one pound a piece (2.02 lbs per pair), the Innox GTX are super light – and comfortable. If you like to move light and fast, you’ll love having these on your feet – whether for short day hikes or ultra-long ones. They’re light enough that even they could even double for trail runners; for a low-cut trail-running specific version, check out the Innox GTX Lo. 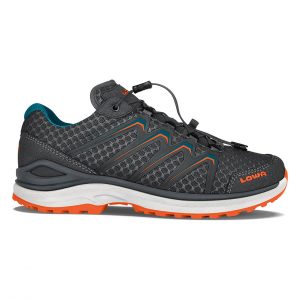 The Innox GTX are light, but not as light at the Maddox Lo; these bad boys clock in a featherweight 1.58 pounds per pair, making them some of the lightest trail running shoes you will come across. And yes, that’s because they’re not proper boots – but that doesn’t mean they’re any less supportive and durable.

The Maddox Lo stick a seamless mesh-and-microfiber upper on a slip-lasted, injected PU Midsole. That same midsole contains shock-absorbing zones for soft, springy steps, and the sole is a LOWA Enduro Evo.

As mentioned, ultra-light weight is the real selling point for these shoes; trail runners love them, and ultralight hikers who want to shed as much weight as possible and don’t care about waterproofness probably will too. 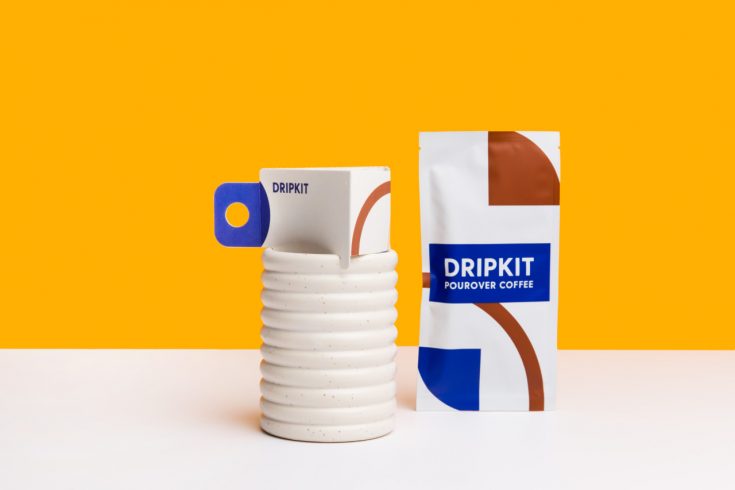 Wake Up In Style With DripKit Pourover Coffee

We generally pride ourselves on staying pretty on-top of all the latest happenings in the coffee world, so we’re not exactly sure how we missed Dripkit. These nifty little packets of coffee include a foldable, pop-up pour-over dripper that just sits right on top of the cup.

It appears Vollebak is attempting to one-up Flint and Tinder's 10-Year Hoodie with their 100 Year Hoodie. It's made from Kevlar, which is in turn made from aramid, the same material used lots of spacesuits, aircraft carriers and body armor.

Looking for the most extreme “tent” possible? The ShiftPod 2 is the latest rendition of the ShiftPod, a pop-up fabric shelter meant to withstand the most extreme conditions. Made from “NASA-inspired, Space Age” fabrics and S3 Seam Sealing technology, it’s one of the most-durable, bulletproof shelters out there – and one of the easiest to set up ever.