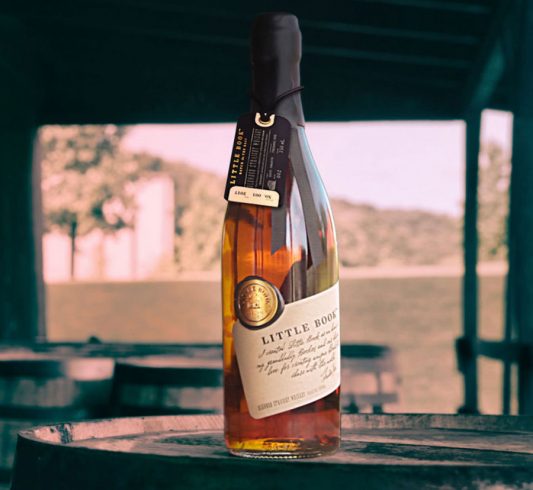 The Beam Family has been crafting Jim Beam Bourbon in Kentucky for 7 generations - since 1795. Thus, it's only right that Freddie Noe - the eighth generation of the Beam family - should embark on his own whiskey journey and release his own drink: Little Book.

The Beam Family has been crafting Jim Beam Bourbon in Kentucky for 7 generations – since 1795. Thus, it’s only right that Freddie Noe – the eighth generation of the Beam family – should embark on his own whiskey journey and release his own drink: Little Book.

The debut blend will be ‘The Easy,’ which consists of 13-year-old corn whiskey, rye whiskey and malt whiskey, each aged for five and half years, blended with a 4-year-old bourbon.  It’s out this October for about $79.99 a 750ml bottle. The flavor is predominately corn, with caramel and notes of the aged oak it spent 5 years in.  There’s some creaminess and nuts, spice from the rye, and it’s rounded out by the bourbon. And to top all that off, it’s a sturdy 128 proof – more than 64% alcohol. Inspired by the endless combinations and possibilities that blending whiskeys can create, Little Book took more than a year to create, with Freddie Noe trying and writing off over 25 different blends before deciding on what became The Easy. It’s supposed to be easy to drink no matter what – as the name implies -and it goes down well either neat or on the rocks.

Little Book looks like an exciting new blend for the whiskey fans to try out this Fall. Even if you’re more into bourbon than American blends, it’s worth checking out. 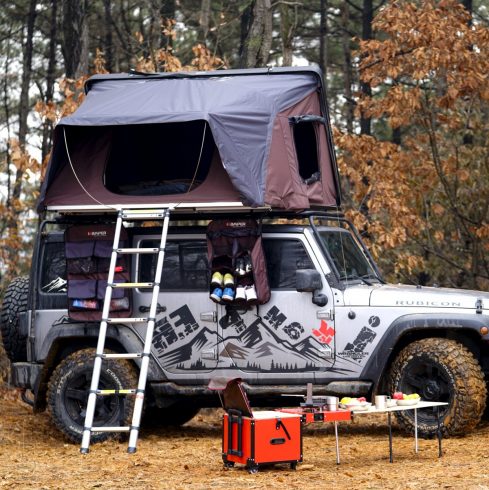 A Dozen Top Camping Gear Items We Love: A Little of Everything

The outdoor camping market has been flooded with some high-quality, unique gear. This is a collection of our favorite unique items that you may want to consider before taking to the campsite.

Chopping wood might be a chore, but it’s also a very productive and, dare we say, relaxing pastime. There is something meditative about such a repetitive and taxing motion, one that people have been doing for millennia, and it’s certainly easy to pass the better part of a morning or afternoon chopping log after wood.

Land Rover introduced the Evoque 6 years ago, and to celebrate their 600,000th model in those 6 years, they are releasing the new Evoque Landmark Edition. The Evoque Landmark, comes in Moraine Blue, Yulong White and Corris Grey. White and Grey are nice, but that beautiful shade of Moraine Blue is really what makes this car special. has a new dynamic body kit and a fixed panoramic roof. It's also tricked out with 19-inch Gloss Dark Grey wheels, a Graphite Atlas Grille and Dark Grey Brushed Satin Trim.

Ethereum Mining and the Price of Computer Components

Land Rover’s been making awesome offroad vehicles for years, and despite their more recent focus on luxury SUV’s, it doesn’t look like they have any plans to stop. The Discovery SVX is the newest rendition of the iconic Discovery (also known as the LR4), and – engineered the Special Vehicle Operations division -  the most rugged yet. In fact, the official press release bills it as “the most extreme Land Rover yet”. Bold words.

If you’re not sure what elastic metal is, you can definitely be forgiven. Keego is the newest water bottle on the market and probably the coolest, made of 99.8% pure titanium with an elastic core, for a metal water bottle that squeezes just like any plastic water bottle – but without the downsides.

Summer is in full swing, and there's still plenty of time to hit the road and head out for a great vacation or two. Because, really, when is there a better time to travel the country than summer? From small-town country getaways to full-on outdoor excursions, here are some of the best summer destinations across the country.