Now that we are on the verge of entering a new decade, it’s time to take your gaming to a whole new level. And what better way to upgrade the playing experience than by using a high-tech virtual reality headset?

These devices have been around for several years, and plenty of models have seen the light of day. However, not all gaming headsets are the same, and some of them are way better than the rest.

For that reason, we compiled a list with five best gaming VR headsets in 2020. The models we list are in a league of their own regarding usability and performance. So, let’s see what makes them so good.

As we all know, Sony is one of the rulers of the gaming realm. This renowned brand has a global presence with a massive customer base. Also, they make outstanding products, which applies to Sony PlayStation VR as well.

This cool-looking headset stepped onto the scene in late 2016, but it still stands shoulder to shoulder with competitors. While we wait for the second generation of PlayStation VR, here are the notable features of the first iteration.

First, the aesthetics of this headset are way above anything else in the market. Sleek lines and curved shape are eye-catching yet minimalistic. On top of that, Sony PlayStation VR is comfortable and well-balanced. It weighs 1.3 pounds, which is on the heavy side. Nonetheless, you will not feel any pressure or inconvenience while wearing this virtual reality system.

The advanced 5.7″ OLED display can produce 120 frames per second, and the resolution comes in at 1080p. For that reason, Sony PlayStation VR more than deserves a spot on our list of the best gaming VR headsets. Also, stereo headphones will deliver 3D sound to boost the excitement of your playing sessions.

We should also mention that Sony PlayStation VR comes with accurate position tracking and 100-degree field of view. They build this headset with gamers in mind, so consider adding it to your setup if gaming is your passion. The price is also within reason, and that’s why we recommend Sony PlayStation VR to anyone willing to step into the virtual world.

The next entry on our list is another heavy-hitter in the world of virtual reality headgear. Many experts will say that the qualities of HTC Vive Cosmos are superior to any other headset on the market. It’s a bold claim, so let’s see why people would make it in the first place.

For instance, this virtual reality headset comes equipped with six tracking cameras. Thus, HTC Vive Cosmos can offer excellent movement coverage and wide tracking field of view. The Dual LCD 3.4″ display is one of the best out there, with a combined resolution of 2880×1700 pixels. Also, we should mention that Cosmos runs on a 90Hz refresh rate, which prevents headaches and nausea.

The design of this headset is top-notch, and we couldn’t find any reason for complaints. For example, the perforated faceplate allows for excellent ventilation. Aside from the improved airflow, HTC Vive Cosmos also comes with an adjustable headband. But the crucial element of the Cosmos is the flip-up design, which will allow you to get back to reality within seconds.

HTC Vive Cosmos is the perfect option for anyone looking to step into the next era of virtual. With a reimagined user interface and direct access to Steam library, Cosmos could make your gaming sessions more enjoyable than ever.

Now we come to a PC-powered headset that requires Facebook to log in, which might not be everyone’s cup of tea. But if you don’t have problems with sharing your private information, this model could be a perfect choice. After all, we are talking about the exciting Oculus Rift S, the direct successor of the original Rift that launched the VR revolution back in 2012.

Manufactured by Lenovo, Rift S is a game-changing device that comes with next-generation lenses and ergonomic design. The improved optics have a resolution of 1280×1440 pixels per eye with an 80 Hz refresh rate. As a result, vivid colors will surround you as soon as you step into a virtual world.

The Oculus series comes with advanced Touch controllers. Also, this model comes equipped with intuitive room-tracking technology. Unlike the previous version, Oculus Rift S does not need cameras scattered across the room. Instead, a system of five cameras built into the device will translate movements to the virtual reality.

With its Halo headband, Rift S will allow you to adjust this VR headset with ease. Plus, this model is well-balanced and comfortable, with excellent ergonomics. It ticks all the boxes for being a world-class gaming VR headset.

If we impressed you with the Rift S, then you will love the next model on our list. The high-tech  Oculus Quest 2  is the current flagship in the Oculus lineup. As such, this device offers better performances than Rifts S, both in terms of resolution and usability.

For example, the second generation of Quest is a standalone headset with a blazing-fast processor. Thus, you can use it without a PC or gaming console. Plus, Quest 2 comes equipped with a 5.4″ Fast-Switch LCD, with 1832×1920px per eye. The refresh rate is also higher than with the Rift S, and this model can go up to 90 frames per second.

Design-wise, Oculus Quest 2 is an awe-inspiring device. Premium materials make it feel sturdy and durable, and it weighs only 1.83 pounds. Also, the setup is fast and convenient, but you must connect your Facebook account to use this headset. Some people might have issues with this element, so we thought you should know about it.

But in case you buy Oculus Quest 2, be ready for epic adventures with direct access to Quest content library. As if that’s not enough, you can even access the Netflix library and enjoy the world of virtual reality.

In the end, we wanted to present you with a budget-friendly option for those who are new to the world of gaming headsets. The models listed above are famous worldwide, but few people are familiar with Pansonite VR. Well, this device can be an excellent alternative to those elite models.

The most significant feature of this headset is that it works in combination with a mobile phone. In other words, you have to place a phone in the holder which supports devices from 4.7 to 6.0 inches. After that, high-definition lenses will work their magic and provide you with an unforgettable gaming experience. The 40mm aspherical lens will dissipate eye fatigue and offer a comfortable session.

With the help of 3D audio effects, Pansonite VR delivers a fully immersive experience. At the same time, this device is one of the lightest on the market. It weighs only 5 ounces! Plus, this headset has a breathable leather padding on the sides, which ensures top-notch comfort. Given the low price tag, Pansonite VR is well-worthy of attention. 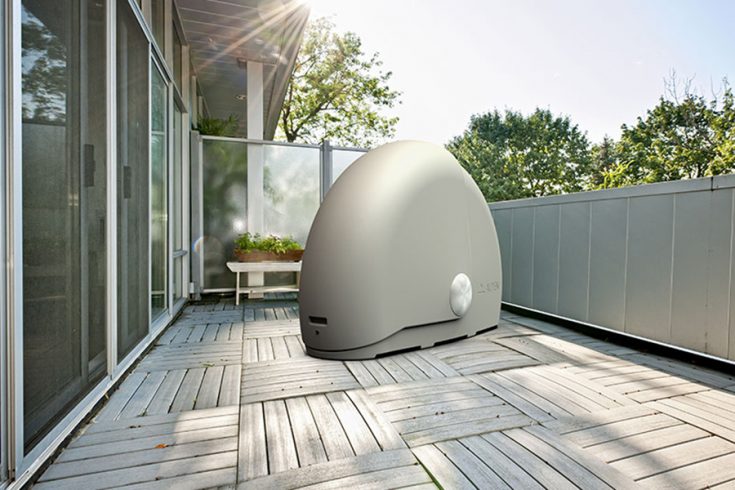 The Alpen Bike Pod Is A Stylish Home For Your Bike

While traditional bike locks may work fine for locking your bike up outside the shop, you probably want something a little more permanent for storing your bike safely and securely when at home. Not only that, but you need a way to keep your bike clean, dry and protected from the elements; nothing will ruin a bike better than being left out in the rain. Enter Alpen, a Bike Pod providing a "proper home" for your bike.

10 Best Camping Lanterns in 2021: The Most Versatile Lighting Device

RTIC Coolers: There’s Another Premium Cooler On The Block

While Yeti and now Otterbox have had the cooler game squarely cornered for a while, they aren’t the only folks who know how to make an awesome cooler. RTIC, one of those companies you have likely never heard of, makes some sweet, high-end and durable coolers that can hold their own against Yeti, and in the same price range.

iSport Achieve Bluetooth Headphones by Monster: Designed for the Athlete

Carharrt is generally known for their ultra-tough workwear, but it appears they make some stylish bags and accessories too. For a prime example, look at the Carharrt Elements Duffel 2.0, which combines the best of a duffel bag with a traditional backpack design to make a functional, easy-to-use and versatile carry-on bag for all kinds of traveling.