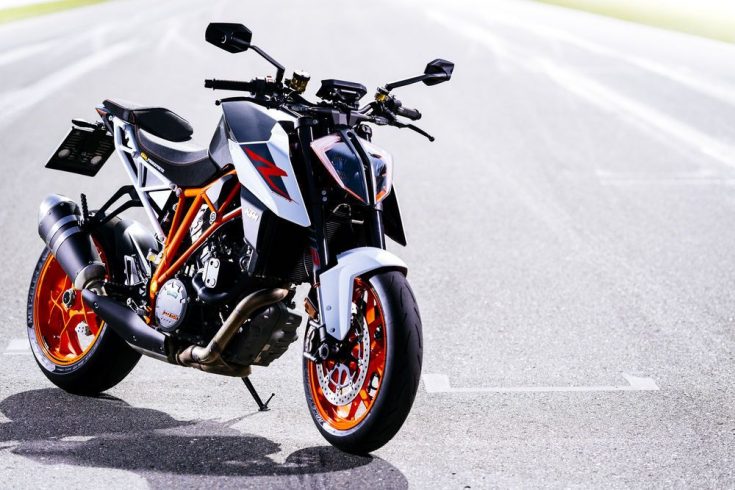 Naked bikes (aka, standards) are sometimes looked down upon a bit, seen as lacking excitement and just a little bit too boring  - or, well, standard. If that's the opinion you hold, then you clearly have never ridden the KTM 1290 Super Duke R. Part standard, part monstrous sportbike, the Super Duke R already had a reputation for being a beast, off the track and on. The 2017 model, however, ramps that up even more, and KTM has released one hell of a fun machine.

Naked bikes (aka, standards) are sometimes looked down upon a bit, seen as lacking excitement and just a little bit too boring – or, well, standard. If that’s the opinion you hold, then you clearly have never ridden the KTM 1290 Super Duke R. Part standard, part monstrous sportbike, the Super Duke R already had a reputation for being a beast, off the track and on. The 2017 model, however, ramps that up even more, and KTM has released one hell of a fun machine.

For 2017, the Super Duke R has been given slightly new looks and ergonomics; KTM’s goal was to make it look a little bit frightening, and they definitely achieved that. It’s overall similar, but the wider, lower and further-forward handlebars give it a more aggressive edge (without being too uncomfortable). The tail is slimmer and more aggressive as well, and complemented by new side fairings and intake scoops. The LED headlight is new, too.

The engine is more powerful than the previous model, though it only goes up to 177 hp from 170; it’s a 2-stroke, 4-cylinder V-75. But power isn’t KTM’s only goal. They’ve focused on making the bike as smooth, fun and rideable as possible, adding new resonator chambers, which allow for a better air/fuel mixture, smoothing out the ride and helping with fuel efficiency. The new intake funnels are 10mm shorter, which increases RPM to 500, and they’ve added a new stainless steel exhaust system.

That’s not all, of course. The suspension components are all brand new, and you can also choose KTM’s Performance Rack – which includes Motor Slip Regulation (MSR), a quickshifter and KTM MY RIDE, for connecting your smart phone to the bike’s – and Track Pack, which has three Drive Modes, launch control, TC slip adjust and the function to turn off wheelie control.

So with all these features, what’s it like to actually ride this baby? Every bit as fun as you might imagine. The Super Duke R might just be the holy grail of standard motorcycles, a bike that excels just as much on the track as it does on the road. It promises to be a powerful-yet-smooth ride that handles nimbly and is a total pleasure to ride. They may classify it as a naked bike, but it looks and feels way more adventurous than that, and looks like one of the most fun bikes we’ve seen in a long time. 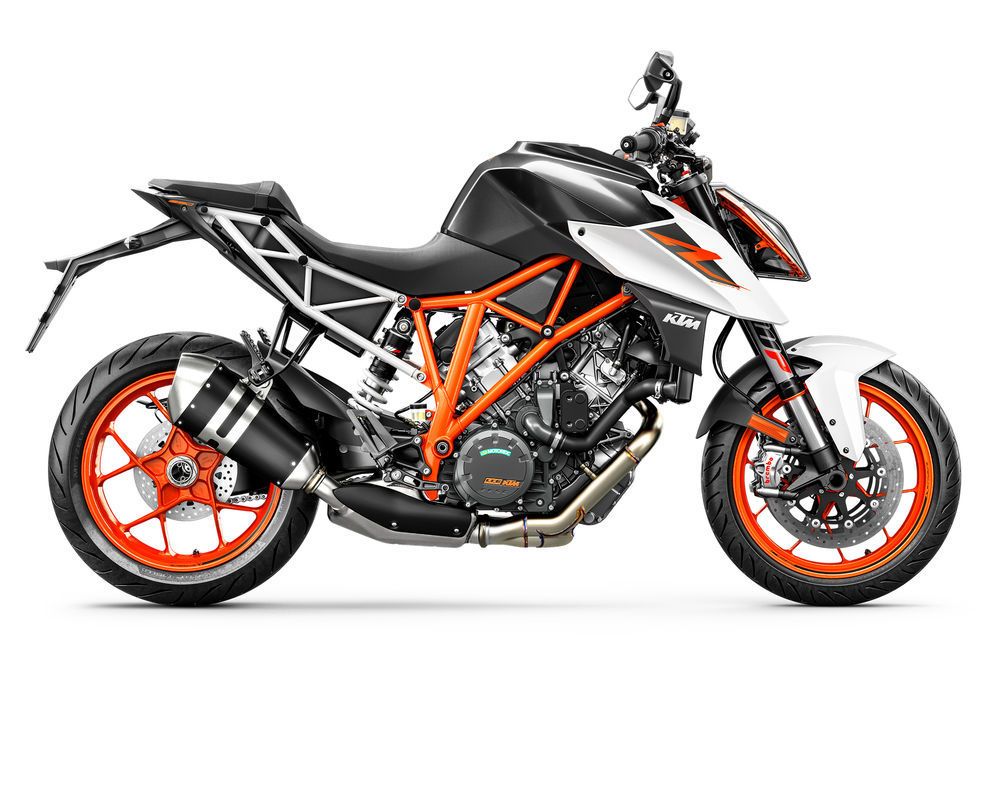 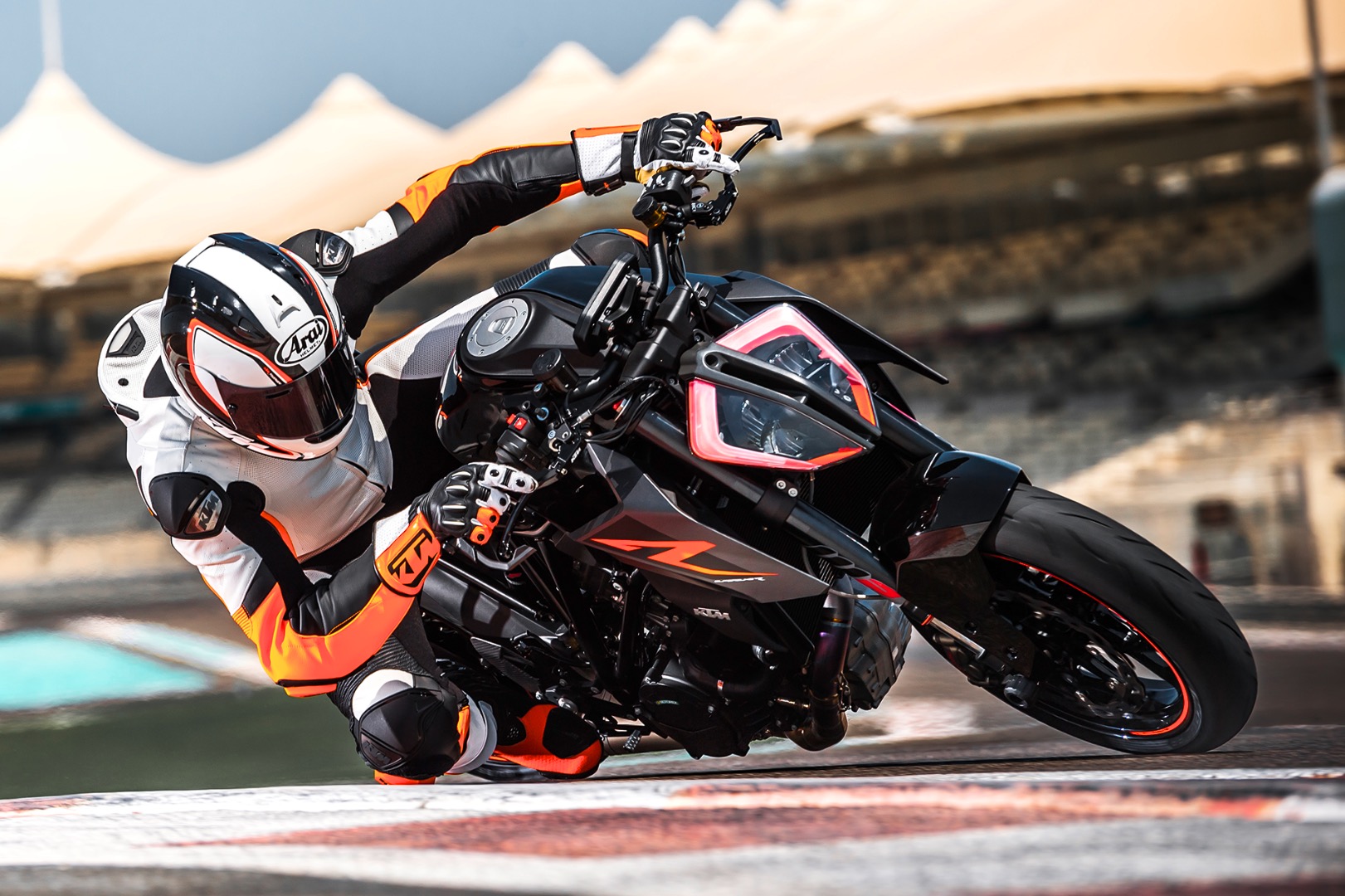 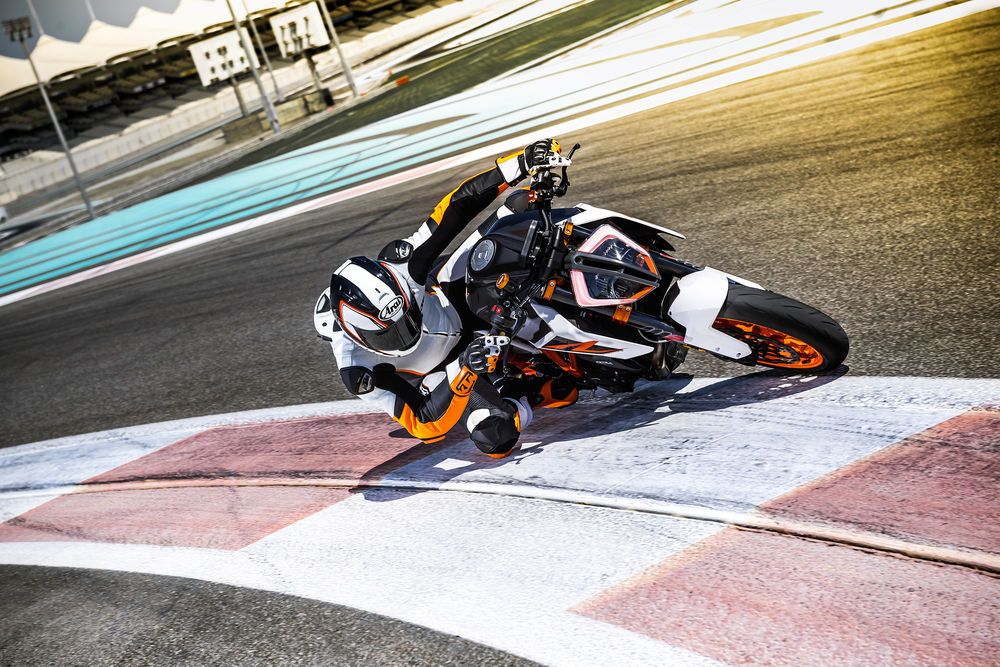 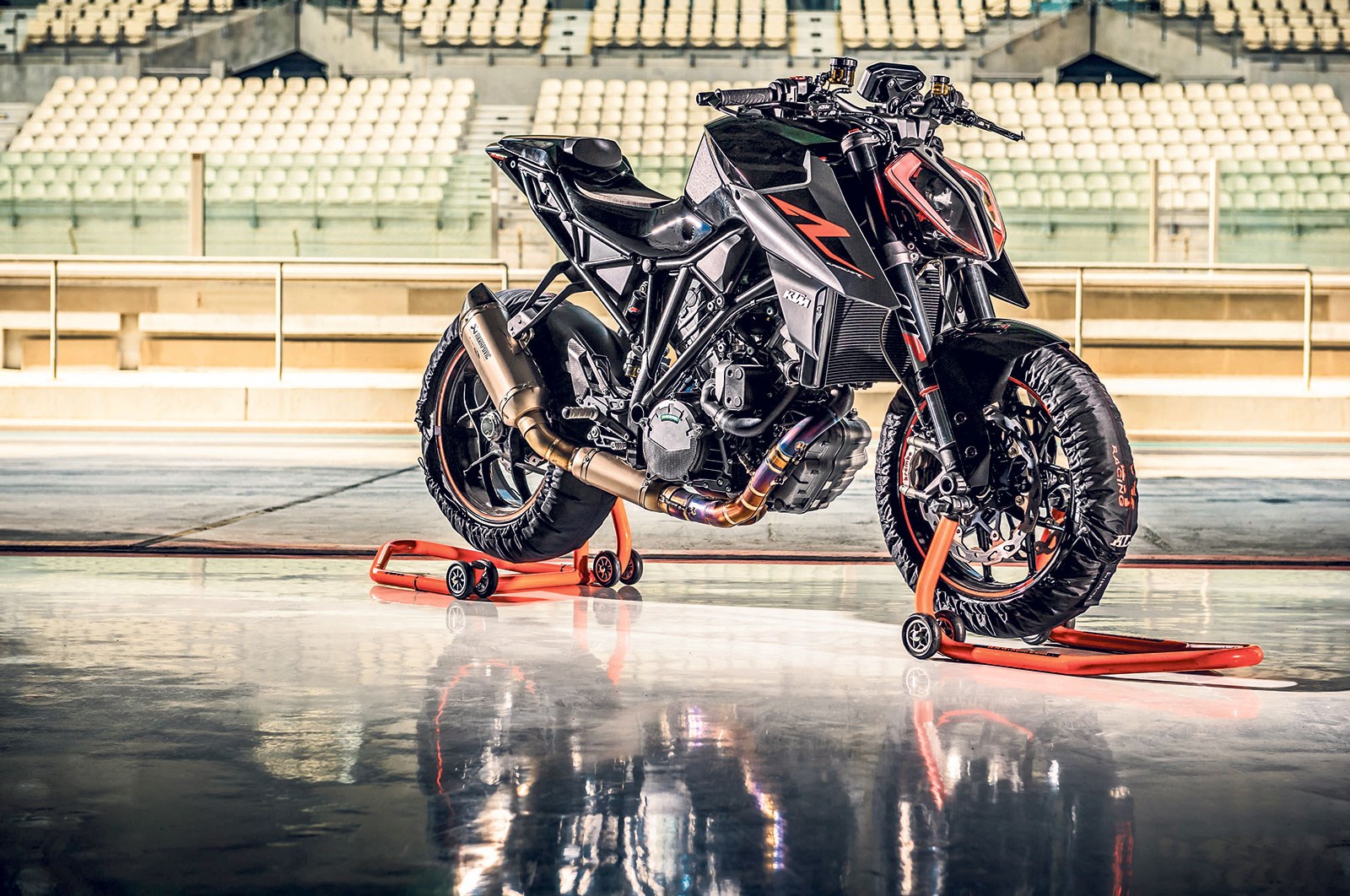 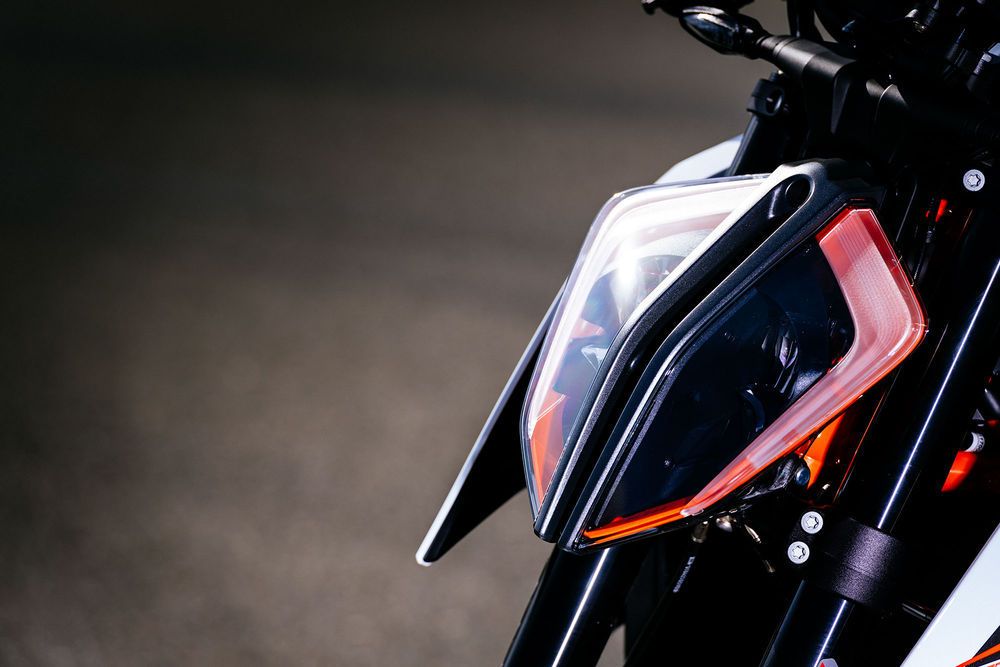 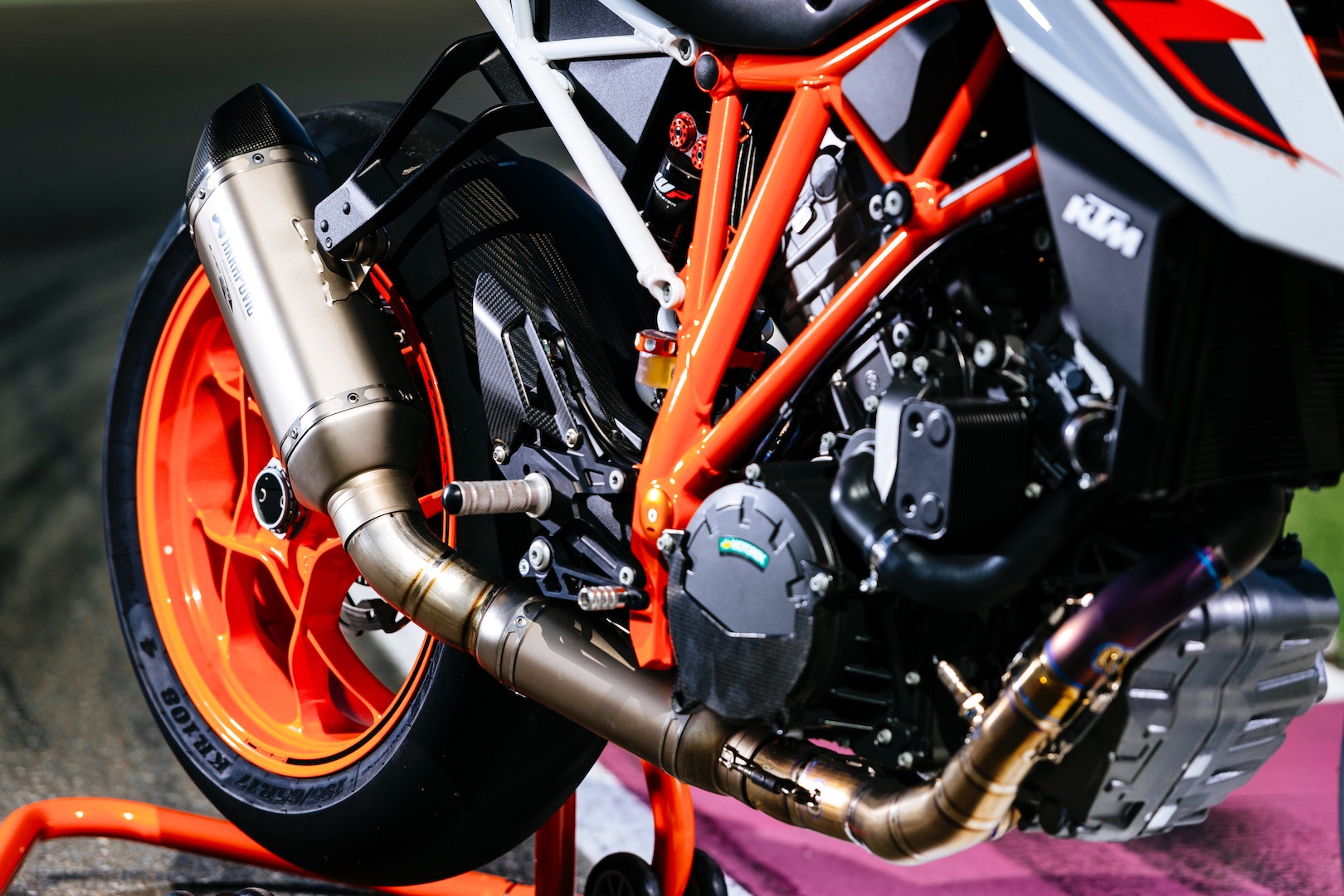 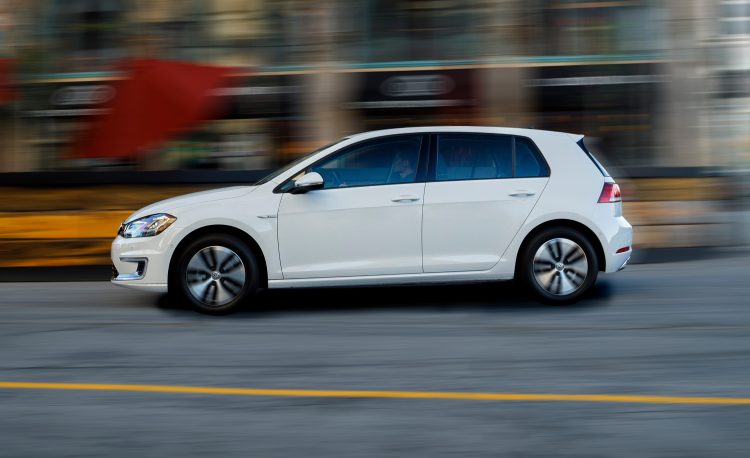 It's not that we have anything against gas engines, by any means, but if there's any way to make an affordable, practical electric vehicle that drives just as well (and enjoyably) as its gas counterpart, our eyes are open. Volkswagen is listening, thankfully, and the 2017 version of their EGolf is starting to fulfill those criteria.

Danner has been around for a long time, and embody the idea of a classic hiking boot. Their Performance Heritage line takes that iconic look and rolls it into a smaller, more modern shoe that is comfier, lighter-weight and lower-profile than ever before. The Mountain 600 has a full-grain leather upper, with a Vibram SPE midsole and Vibram Fuga outsole - which has self-adapting lugs and a Megagrip compound, which increases grip on wet and dry surfaces. There is a Danner Dry waterproof barrier, that keeps water out while remaining breathable and cool. The removable Ortholite footbed provides 3 layers of comfortable support.

This post looks a little fishy--rightfully so. However, Dr. Gavin Armstrong and his team have founded a creative way to tackle the problem of worldwide iron deficiency. When we say "creative," we mean this looks pretty bizarre. Imagine adding an iron fish, the Lucky Iron Fish, to food you are cooking to attack this problem of iron deficiency. Iron deficiency isn't just a third world country problem so this is worth your serious consideration. Women, athletes, vegans, and vegetarians are just some of the people who have an increased need for iron.

Campers and RV's are cool, but they're big and bulky. Those old VW vans are cool too, but they're not really what we'd want to be taking on outdoor camping trips across the desert and into the mountains. No, if we had to pick one, we'd rather reach for the Fiat Ducato Camper - the classic Italian automaker's offering for the camping world.

Add The Western Mountaineering Cloud 9 Comforter To Your Pack

With a name like that the Cloud 9 Comforter, how could you not want this fluffy down comforter from Western Mountaineering? It is meant to add that extra layer of warmth and comfort to your expedition, no matter the weather or whether you’re sitting around a campfire or 10,000 feet up in the mountains.

We’re big fans of boots. Yes, winter is over and summer just around the corner, but a tough pair of classic work boots is indispensable to any wardrobe – any time of the year. And our personal pick for best work boots out there are the Chippewa Apache 6” Lace Ups.

At first glance, the Freenote Cloth CD2 looks like any other denim trucker jacket, but is really much more. This jacket is made from a custom, 100% cotton, 13oz broken twill selvedge fabric, made in Yoshiwa Mills, Japan.